The Rosewood Massacre is one of the three most violent acts ever perpetuated against African Americans in the 20th century. The violence began in January 1923, after a white woman accused an African American man of sexual assault. Despite the fact that her accusation was never confirmed, white citizens from local towns descended upon Rosewood and started attacking African Americans. The pretext of sexual assault and the assumption of one man's guilt became license for hundreds of white men to steal property,burn homes, and even kill any Black man, woman, or child. After several days of violence, six African Americans and two whites were confirmed dead. Many other African Americans were missing or seriously injured. As a result of the violence, the town of Rosewood was largely abandoned.

Cabin burning During the Rosewood Massacre.

Carrier house being burned to the ground in the 1923 attacks in Rosewood.

Levy Courthouse in Bronson where the grand jury created by Florida governor met to hear the case. 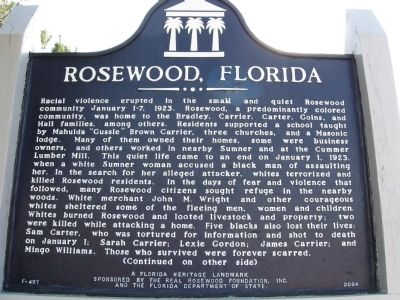 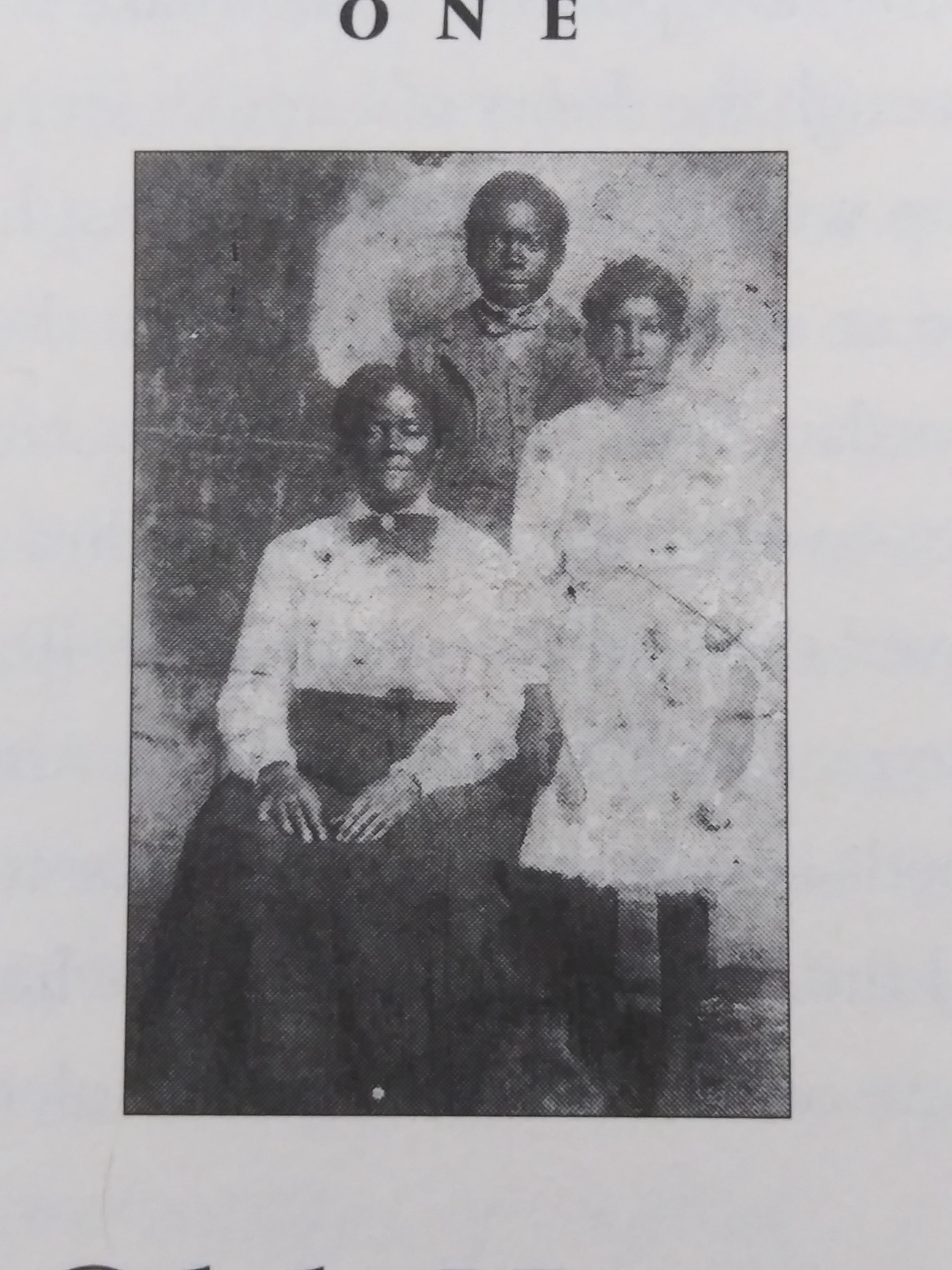 Originally settled in 1845, Rosewood was an African American community located along State Road 24 in Florida.With a population of about 150, the main industry in this community was timber, which created jobs in pencil mills, turpentine mills, and sawmills. The community, which was never incorporated as a town, supported three churches, a school, a masonic lodge, a baseball team, and two stores, one African American owned and one white owned. The town was considered by most a happy place that was full of middle class Americans.

In 1923 in a white town called Sumner which was only about a 3-mile hike from Rosewood, a white woman by the name of Fannie Taylor who was the wife of James Taylor (soft spoken man who worked on the local mill in Sumner tending the blades and making sure they were oiled) claimed to be attacked by a Black man at her home early that morning.

These allegations led a mob of angry white when to form in Sumner along with the county Sheriff Rob Walker. Once the hounds were brought in the get a scent off Fannie Taylor's clothes they started to lead to men to the east, toward Rosewood. Once the men reached Rosewood a large amount of violence took place. Aaron Carrior, who was a solider in World War I, was dragged from him home as he was resting and was the first to feel the rage of the men being tied up and dragged down the street by a car. Realizing the Carrior wasn’t who they were looking for their sites were next turned to Sam Carter. Sam had rope tied around his neck and was hung to make him choke and suffer, then they cut and sliced pieces off his body. Even when they realized he didn’t do it either he was still shot in the face with a shotgun and killed.

After the first visit to Rosewood the men from Sumner were still not satisfied because Fannie Taylor’s attacker had not been found. They wanted to return to Rosewood, but this time they wanted to get rid of the town, forever. With word of the violence to come many left people Rosewood, receiving help from friendly local white people in the area and taking to the nearby swamps for safety, while other gathered and in their homes.

One family who gathered in preparation for the battle to come was the Carrier family which was led by Sylvester Carrier. Sylvester was the son of Sarah Carrier and nicknamed “Man"; most white men feared him and his confidence to stand his ground and speak his mind when he needed to. Once the men from Sumner returned to Rosewood the went to confront Sylvester and this is when the battle began.Crazy enough Sarah Carrier had help raise most of the men who stood in front of her home from babies. The two towns often interacted in a friendly game of baseball and kids from both towns would often play together in the woods.

Upon their arrival to Rosewood, Sarah asked them to go home and only a few moments later she would lay dead on the floor from a shot fired at the window. When Sarah was killed chaos erupted and Sylvester killed two men right after. As the shooting continued word got to Sumner that a gun battle is taking place in Rosewood and that a white men have been killed by a Black man. When word got out to Cedar Key a bunch of men who attended a KKK ( Klu Klux Klan) rally loaded up their trucks and had arrived in Rosewood by 1am. The KKK was very well known for their acts of violence toward Black people during this period, all the way up until the 1950’s.

Once they arrived the violence continued with more and more angry whites coming from as far as Georgia to take place and burning and destroying to beautiful peaceful town of Rosewood. After several days of violence there was nothing left, the town had been burned to the ground. All the men who take part in the destruction of the town had gone back home to their families. The surviving people of Rosewood were gone, most by train to other towns and they would never return.

Justice for the people who lost their lives in the Rosewood Massacre was never found in terms of convictions, partly due to the deferment of the case from the federal government to the Florida government. An all white grand jury was formed but to no avail, the jury ruled that there was insufficient evidence to pursue the case. However, in the early 1990’s some of the remaining survivors of the massacre broke their silence and were awarded a settlement of $2,000,000. This, along with a scholarship fund for survivors’ heirs, is the only glimpse of justice that has ever been seen for the victims of the Rosewood Massacre. In 2004, The Real Rosewood Foundation, INC. Erected the historical marker that now marks the site of the massacre.