Located within walking distance of Old Town, the New Mexico Museum of Natural History & Science features eight permanent exhibit halls that take guests through the formation of the universe, the age of the dinosaurs, and geologic changes including volcanic eruptions and ice ages. The museum also features the DynaTheater, the largest movie screen in New Mexico, and a planetarium. Also featured is a comprehensive exhibit about the evolution of the personal computer called “Startup: Albuquerque and the Personal Computer Revolution,” which overviews Albuquerque’s role in the beginning of the personal computing era.

The New Mexico Museum of Natural History & Science was founded in 1986. 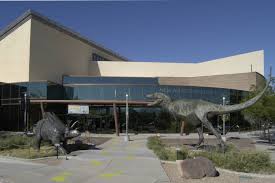 The museum features numerous skeletons, fossils, and other specimens on display. 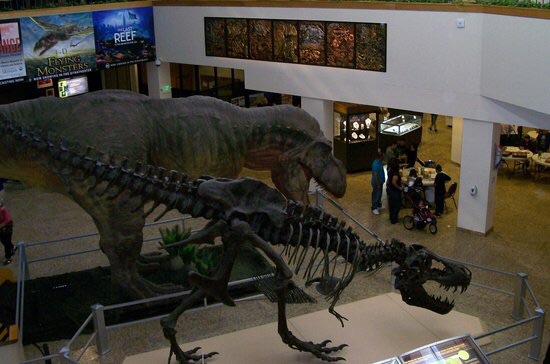 Microsoft was founded in Albuquerque and later moved to Seattle. Bill Gates and Paul Allen, the founders of Microsoft, became connected to Albuquerque through a man named Ed Roberts. Roberts, the owner of a business called Micro Instrumentation Telemetry Systems (MITS) built the predecessor to the modern-day personal computer. This computer was called the Altair, named after a planet in the Star Trek universe. Students at Harvard at the time, Gates and Allen created programming for the Altair and sold it to Roberts, thus creating history and kickstarting their own famous careers.
The museum is also host to regular traveling exhibits. Recent exhibits include "It Came From Mars", which showcases Martian rocks that fell to Earth, and "Birds of Paradise: Amazon Avian Evolution", a Nation Geographic exhibition that showcases the research of photographer Tim Laman and Cornell Lab of Ornithology scientist Edwin Scholes. Laman is an accomplished field biologist, explorer, and filmmaker. He focused on creating images to tell the stories of rare and endangered wildlife. Inspired as a child by a David Attenborough program about tropical areas that featured several species of birds of paradise, Ed Scholes is a field biologist and a curator of a biodiversity video collection in the Macaulay Library at the Cornell Lab of Ornithology.
"It Came From Mars" was jointly created by the museum and the University of New Mexico's Institute of Meteorites. In addition to the Martian rocks featured at this exhibit, there was also a lunar meteorite and volcanic rock from New Mexico that traveled to Mars with the Curiosity Rover. Curiosity was launched on November 26, 2011 from Cape Canaveral and is still on Mars.