Built in 1755, The Tate House is one of the oldest homes in Maine still open to the public and its history encapsulates the pre-Revolutionary community in the Stroudwater neighborhood of Portland. Dating back to its construction, the Tate House was built for Captain George Tate, a Senior Mast Head Agent for the British Royal Navy. In the mid-18th century and before the American Revolution, England maintained absolute supremacy over the seas due, in part, to an unlimited supply of mast heads. Captain Tate’s role in this industry was to oversee the cutting and shipping of local white pines from Maine to England. Tate was a wealthy man, and nowadays, visitors to the Tate House Museum can explore his pre-Revolutionary house as well as its period furnishings, herb gardens and grounds, and unusual architecture. 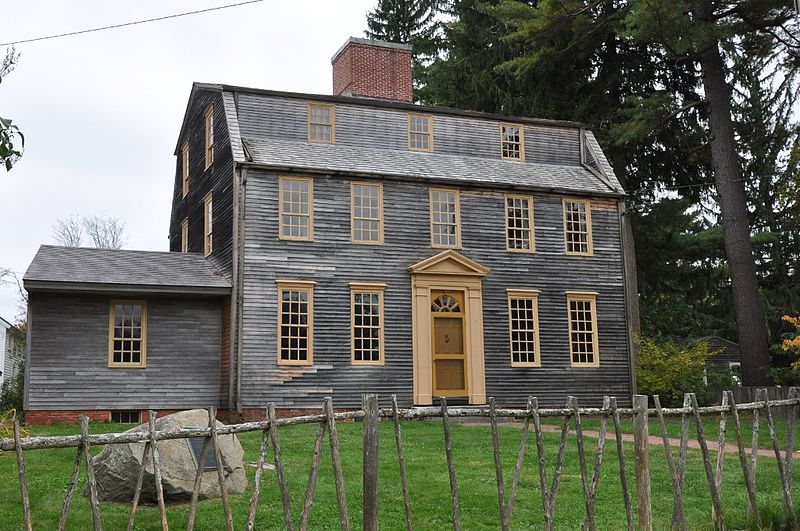 The Tate House's kitchen as it was in the 18th century 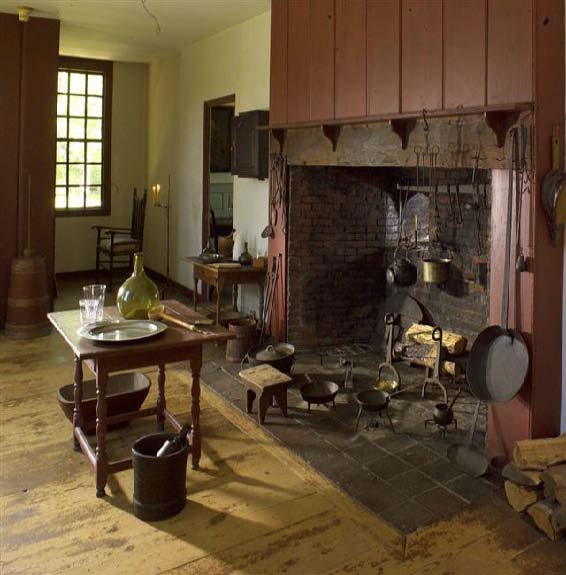 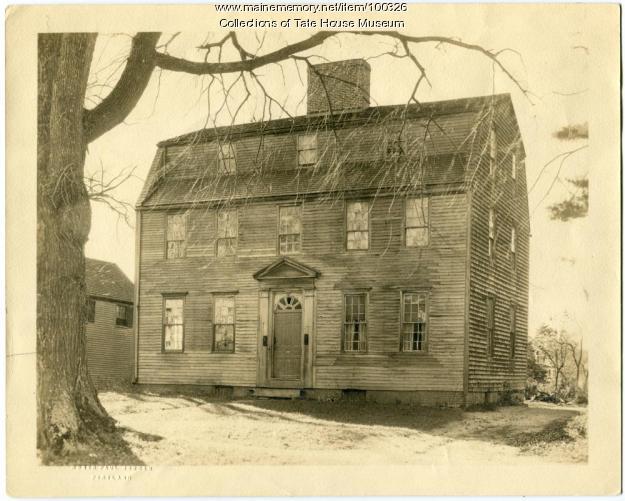 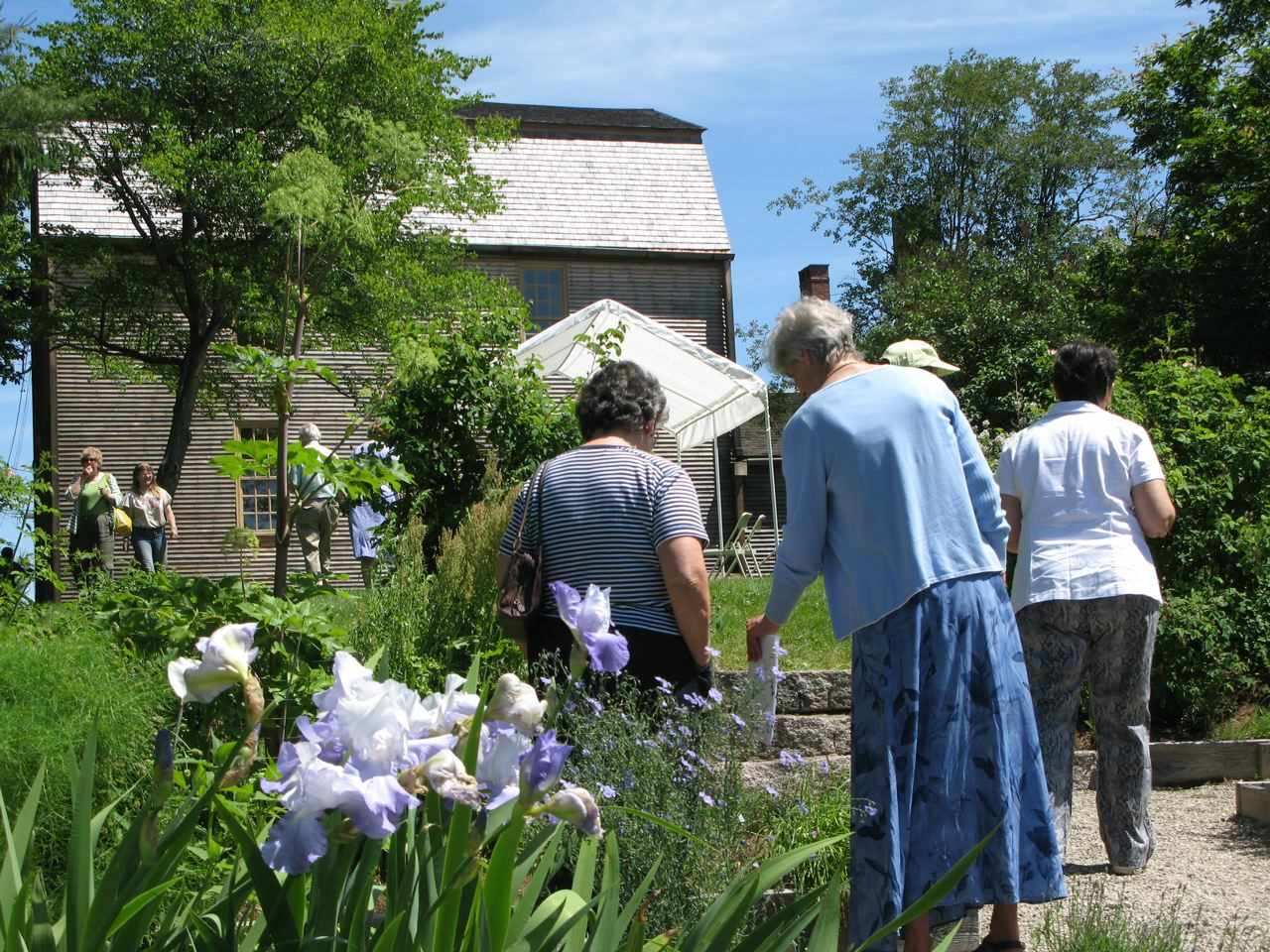 History of the Mast Head Industry

From the end of the 17th century into the 20th century, the British Royal Navy was unparalleled in terms of its power and it played a key role in Britain’s global empire. A significant portion of this power came from the advanced technology of its individual ships and mast heads stood as one of the most urgent and valued components. For example, once mast ships discharged cargo in Britain, the ship would return to New England as quickly as possible to pick up more masts.

In England-controlled America, there was a law stating that all white pines over 24-inches in diameter was property of the King. Trees marked for the British Royal Navy featured the sign of a “broad arrow,” which was basically an upwards pointing arrow made with three axe slashes. Cutting down a marked tree was punishable by a 100 pound fine (100 British pounds in 1750 would be equivalent to about $22,300 today).

History of Captain George Tate and the Tate House

After being appointed as a Royal mast agent, Captain George Tate moved from South London to colonial Portland along with his wife and four children in 1751. Arriving in Portland, Tate was responsible for overseeing the marking and removal of white pines as well as ensuring the pine’s safe passage along the Fore River to Portland's shipping ports.The Tate House was built for Tate and his family in 1755 at its present location, but at the time, the location was ideal as the house overlooked a mast yard on the banks of the Fore River. Despite his work with the British, Tate nonetheless held a prominent role in the Stroudwater neighborhood of Portland.

Similar to their tax on tea, the “broad arrow” marks on the white pines were a symbol of British control. Policies covering broad arrows would go on to foment the American Revolution in Maine. Tate lost his authority at the start of the war, but his sons would go on to live both ordinary and extraordinary lives.

As one of 2,500 historic places in the United States also designated as a National Historic Landmark, the Tate House Museum endures as a highly popular spot for students, community members, and visitors from around the globe.

By coming to the Tate House, visitors can actively experience 18th century life while connecting with Maine’s colonial and economic roots. At the same time, the Museum takes visitors on a journey that explores the mast trade, Captain Tate’s role in the mast head industry, and the familial life in the decades up to the Revolutionary War.

Furthermore, period artifacts show visitors the smaller nuances of life during those times, such as kitchen tools, interior design, and much more. Museum tours also focus on architecture (the Tate House is one of two structures in Maine that features a subsumed dormor in the gambrel roof), the gardens, and the Stroudwater Cemetery. The Tate House is still active as an archaeological site as well. In 2014, archaeologists dug up 1750s salt-glazed stoneware, creamware from the 1760s, and pearlware from the 1780s.