The Newport Tower is the controversial stone structure that stands at the top of a slope in Rhode Island. It has been called the Viking Tower, Old Stone Mill, and Mystery Tower. The tower can be found surrounded by a gate in Touro Park as the park’s focal point. Today it is 24 feet tall but it used to be bigger. 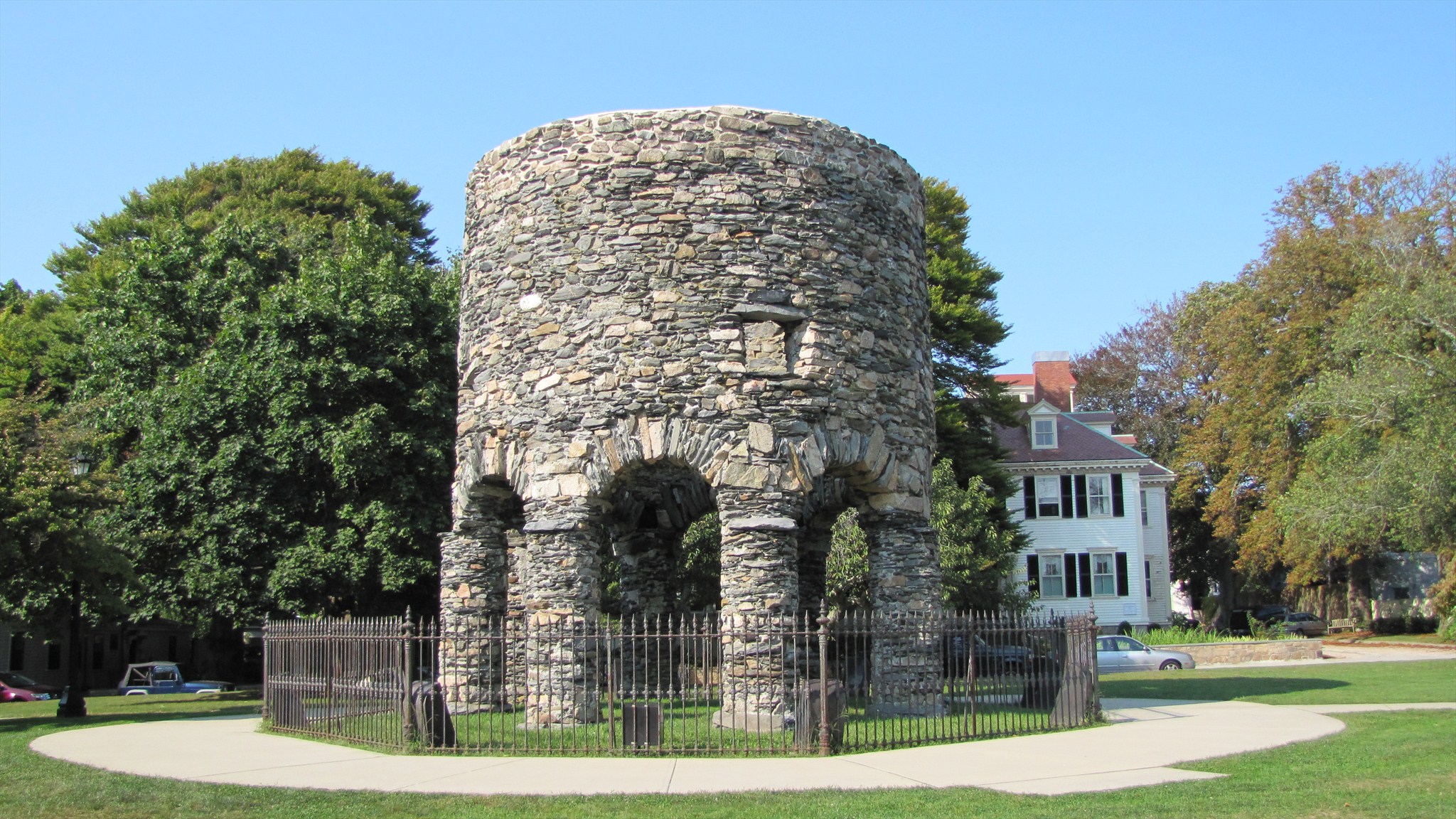 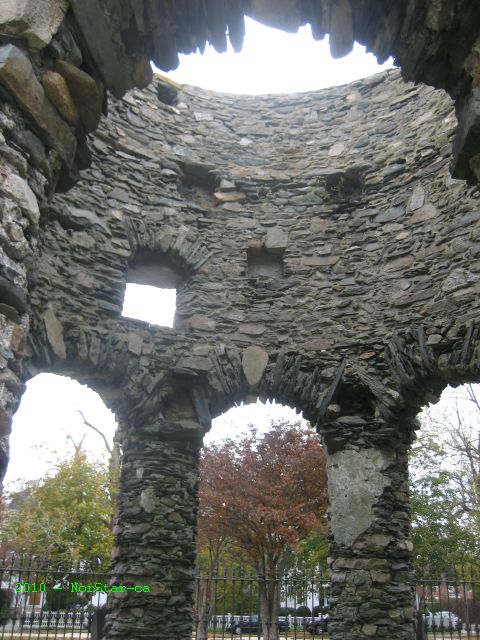 The Newport Tower was built of miniscule flat pieces of incomplete rock that is joined by some gunk from shells, sand, and water.  It stands on eight pillars that has an even amount of semicircles between it, giving a foundation for what is left of the above two levels of the tower.  Something different about the tower that has been noted is that from southeast to northeast its width is 22 feet and 2 inches, while from east to west it is 23 feet and 3 inches.  This imperfection of the tower’s physical characteristic can be used to guess the reason it was built.

The history of the Newport Tower, specifically who its creators were, has been controversial for more than a 100 years.  Several theories of who the creators could be consist of the Norse, Chinese, Norwegians, and Swedes.  However, the majority of archaeologists believe that it was constructed during the prerevolutionary days and no great story is included in its creation.  It is believed that Governor Benedict Arnold assigned the creation of the structure in the 1600s.  To support this theory, researchers look to a section of the governor’s will that makes it sound as if Newport Tower was his, even though he was never known to have explicitly say that he created it.

More reliable support for the theory that the tower was built in prerevolutionary days was found in 1948 and 1949 by W. S. Godfrey Jr.  While doing research he found many items from that time period.  Godfrey dug below the pillars of the tower as well finding a shoe print that resembles shoes from the 1600s.  After his findings, Godfrey estimated that it was built close to 1650.  If this theory is true, it is implied in the will of Governor Arnold that the tower was to be a windmill.

However, many people still are reluctant to believe this theory.  People who believe that the Norse built the Newport Tower look to the physical appearance of the tower saying that it resembles the physical characteristics of medieval European baptisteries that had an exterior part circling the middle of the building, as does the Newport Tower.  As for the claim that the tower was a windmill, critics point to the fact that there is a fireplace on the second level.  The dust that would come out of windmills is known to catch fire very easily, therefore it would not make sense for a fireplace to be there if it had been a windmill.  Critics also believe that the chances of something like the tower being made in the 1600s was not very high with the endless anxiety over aggression from Native Americans, unless it was made for protection.1

There is even a theory that the Newport Tower was created by the Freemasons in 1750.2  However, despite all of these theories, and many others, historians and archaeologists still are not certain who constructed the Newport Tower.1