Organ Cave is known locally as a "City of the Underworld." Organ Cave is made of limestone, and has two openings, one of which is so small that you must crawl through and was once used for sleds that collected saltpeter for gunpowder during the war of 1812. The main channel of the cave splits shortly after the large opening, and the right branch of the channel leads to auditorium with stalactites and stalagmites. The left branch of the cave leads to saltpeter hoppers used during the Civil War. It is believed by a local historian that Thomas Jefferson once visited Organ Cave before the area was settled. Next to the cave is a small museum and gift shop. 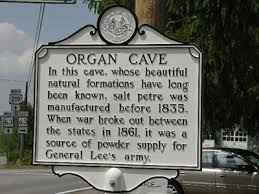 The beautiful view from the front. 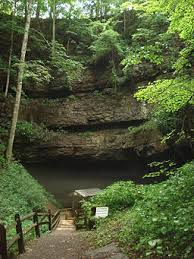 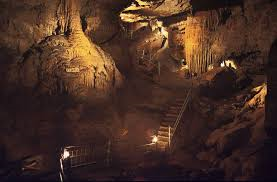 Organ Cave is located in Southeastern West Virginia. The cave offers an assortment of wonder, science and history. Organ Cave is not only a National Natural Landmark but it is also a National Landmark of Historical Places and on the Civil War Trials. The cave offers fossil hunts and has over 45 miles of mapped passageways. There still remains over 200 leads in Organ Cave that have not been mapped and surveyed yet. It is possible these leads could go on for miles and miles. The History Channel visited Organ Cave in 2008. During their visit they found over 70 miles of passageways. Located in the heart of Greenbrier County, West Virginia, Organ Cave is the second longest commercial cave located on the east coast of the United States.

Explorers and scholars have discovered important fossil remains in the cave such as those left by giant ground sloths, sabre tooth cats, reindeer, and more. Confederate soldiers utilized the cave during the Civil War, using saltpeter found here for the manufacture of gunpowder, as well as a place of shelter during the winter months between 1861 and 1863. The cave has the nation’s largest amount of Civil War-era nitre hoppers. There are 37 of the 52 hoppers still standing with the original dirt still inside. The walls also include markings left behind from the soldiers which include plans and a discussion of their experience. Confederate troops also used the cave as a meeting place for church services.

During the American Civil War, Organ Cave played a significant role due to its production of saltpeter, a very valuable mineral sought out by both Union and Confederate soldiers during the war. Saltpeter is a mineral used to produce gunpowder. This saltpeter lines the walls and floors of Organ Cave, thus, making it a popular destination for soldiers during the time of war. The Confederate soldiers under General Robert E. Lee, were the first to figure out the cave’s importance and used it as their source of saltpeter while also using the cave as a refinement facility, turning saltpeter into a more suitable substance for the powder mills of Augusta, Georgia.

Today, visitors can tour the cave and learn all about its rich history. Old equipment left behind by the Confederate army remains in the cave and can be viewed by the public as well as part of the cave that the soldiers used for church services known as the “Chapel Room”. The “Chapel Room” housed around 1,100 Confederates. In addition to its rich history, the cave also offers a breathtaking and mysterious atmosphere that intrigues its visitors. Organ Cave is a great piece of living history that should be taken advantage of and explored by everyone

Summer Hours: April through October Tours are Monday thru Saturday 10am on through to 4pm last tour