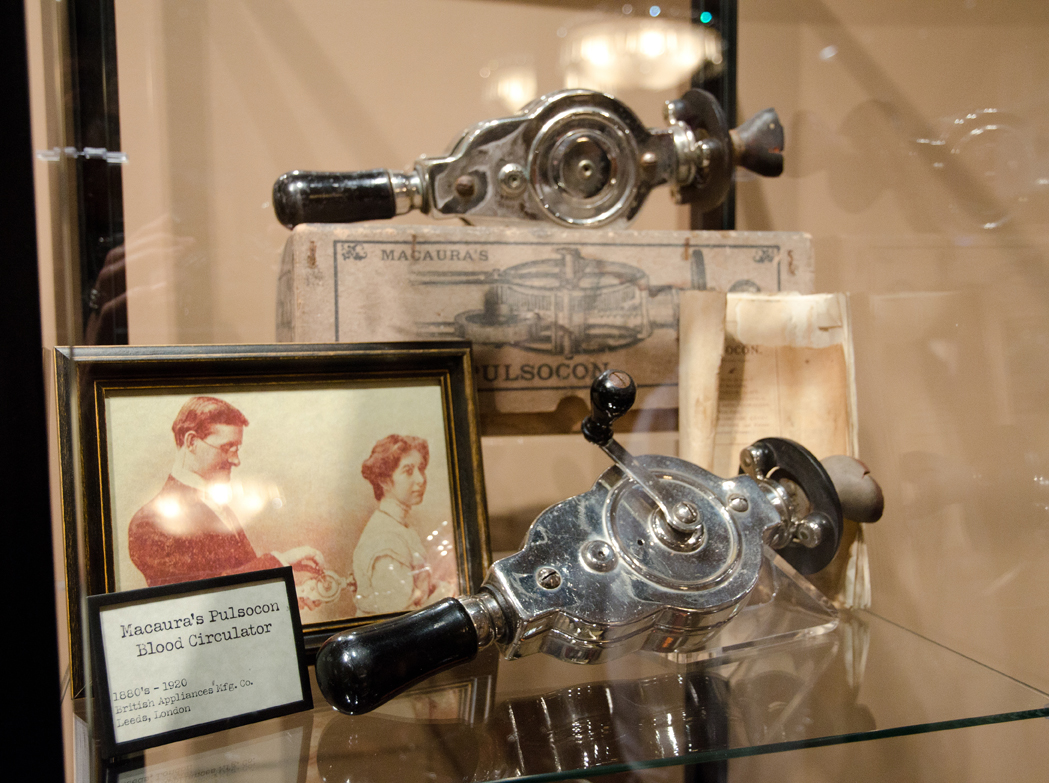 The first vibrators were used by doctors as  treatments for "hysteria", a common diagnosis for women of the day which covered a wide range of symptoms. The most common ailment associated with hysteria was a heightened mental and emotional distress, considered to be a physical disease which common among women of the day. By 1952 the American Psychiatric Association had debunked the hysteria myth, ending a belief stretching back to Ancient Greece.

It was thought that genital massage could "cure" hysteria by bringing on a "hysterical paroxysm", known to us as an orgasm. Before the advent of the steam powered massager, this "cure" could only be performed mannually, so doctors were elated at the convenience of the newly invented devices. The misconception of hysteria arose due to a misclassification of basic female sexual desire, coupled with societal constraints of the day, creating a non-existent disease to explain femininity that doctors did not understand..

As the twentieth century progressed, vibrators made their way into the open market as a domestic appliance for women. The reclassification of hysteria from a physical condition to a mental one meant that doctors stopped prescribing the new physical cure. Instead, vibrators found their place as an at-home health product which could improve beauty and vigor.

The museum showcases vibrators collected since 1977 by the proprietors of Good Vibrations, a sex shop with five locations in San Francisco and Oakland, and an additional one in Brookline, Massachusetts. The 300-square-foot museum is in the back of the Good Vibrations shop on Polk Street.