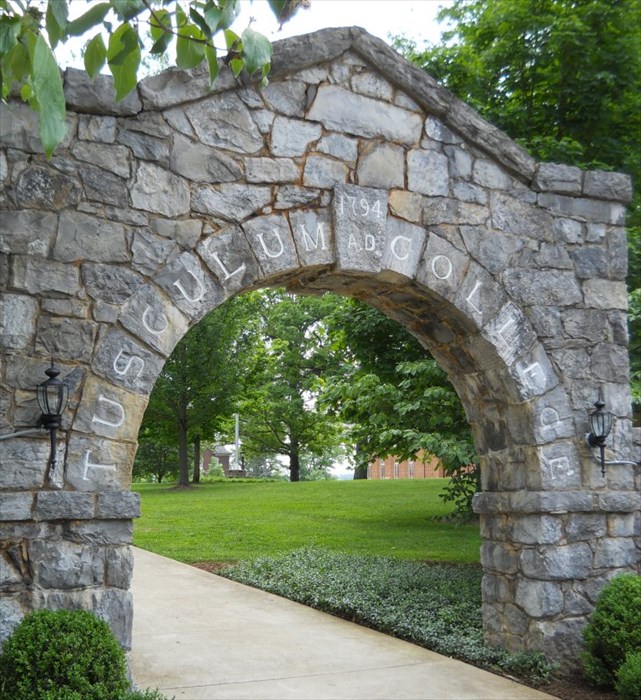 Historic marker to John Gloucester located by archway pictured above. 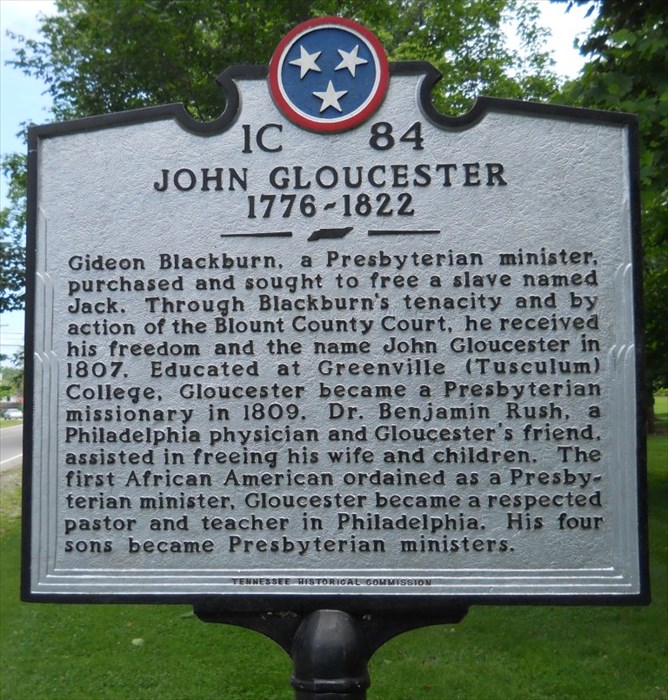 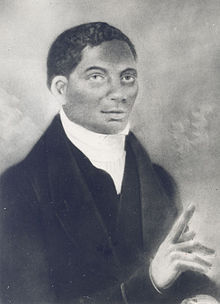 John Gloucester was born a slave in 1776 in what is now Blount County Tennessee. John was originally named Jack. His master sold him to Gideon Blackburn, an ordained minster for the Presbyterian church, specifically the New Providence Presbyterian church located in modern day Blount County. Gloucester, after being taught theology and the doctrine of Presbyterianism (largely due to the potential of a gifted mind and orator as seen by Blackburn), began to teach his fellow slaves, many converting to Presbyterianism. In 1805, after many efforts, Blackburn was able to successfully petition for Gloucester's freedom. From then on, he changed his name to John.

After attending some church meetings in Union, Tennessee, Gloucester sought out a license to preach "to Africans" and gained that license through the unanimous votes from the Union, TN Presbytery. A year later, 1806, the Presbytery sent him to Greenville, now Tusculum, TN to begin his studies for the ministry. He attended Greenville College (now Tusculum College), becoming the first African-American to do so. At the same time, he was one of six African-Americans at the time to receive any sort of higher education.

Soon after the church's formation, Gloucester went to Charleston, SC, as a missionary. In 1809 he was called back to Philadelphia to officially lead the church. However, he was a missionary, not an ordained minster. He had to travel back to Tennessee to obtain the ordination. In Maryville, TN, at the Baker's Creek Presbyterian church, Gloucester became an ordained minister in 1810. By this time he was married with four children. Soon after his ordination, the family traveled back to Philadelphia. He was now able to officially lead the church he help found. A fifth child was born soon after. Four of the children were sons, and all four followed their father's footsteps and became minsters, while three of them organized their own churches.