The Washington County Courthouse is a historic building located between the University of Rhode Island and the Amtrak Kingston Station in South Kingstown, Rhode Island. Built in 1894 and designed by architect Leslie P. Langworthy in the Romanesque Revival style, it has been the home of the Courthouse Center for the Arts since 1989. The center offers numerous arts programs including concerts, gallery exhibitions, and various educational opportunities. The building was placed on the National Register of Historic Places in 1992.

The former Washington County Courthouse, now the Courthouse Center for the Arts 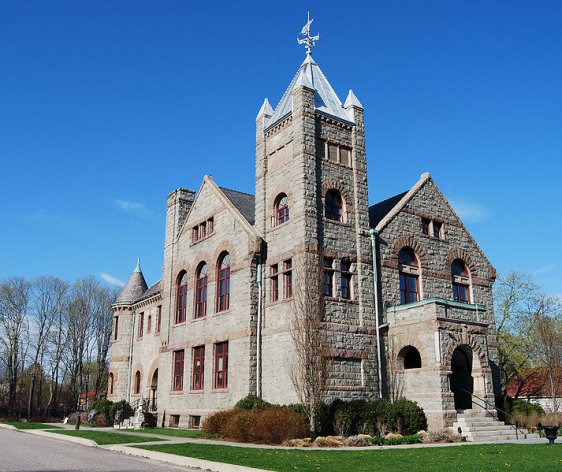 It was clear by the end of the 19th century that the previous courthouse built in 1775 was inadequate. Work started on the new courthouse in 1892 and was completed two years later. The location was chosen for its proximity to the nearby train station which was built in 1875, among other reasons. The courthouse was state-of-the-art at the time, featuring modern electricity, steam heat, and plumbing. It served is original purpose until 1985 and four years later it became the arts center.