Camp Washington Carver, named for the Booker T. Washington and George Washington Carver, was home to the very first African American 4-H camp. Constructed between 1939-1942 it was built by the Works Progress Administration to provide educational services to Black youth in West Virginia similar to those provided to white students at Jackson's Mill 4-H Camp. It was managed by West Virginia State College as part of its extension programs and in 1979 the camp was acquired by the WV Department of Culture and History. It is now home to events such as the Appalachian String Band Festival. 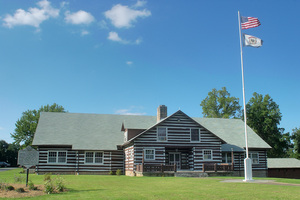 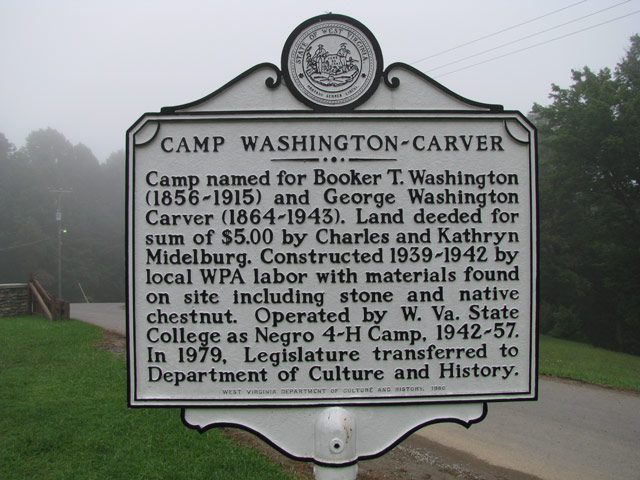 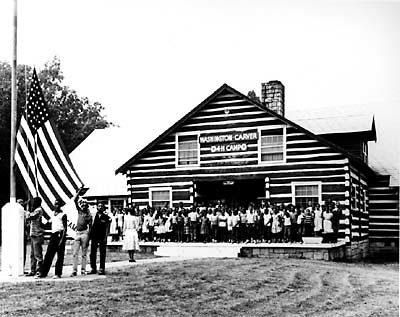 Camp Washington-Carver was constructed between 1939-1942 and was a 4-H Camp for African American children in West Virginia. It is possible that it was the first 4-H camp for Black children in the nation. The camp was named for Booker T. Washington and George Washington Carver and it served 200-1600 children in 4-H, agricultural, and home economic activities.

Prior to the Civil Rights Movement there were only a couple of institutions within West Virginia for the education and advancement of African Americans in the state. In the 1930s funding became available through the Works Progress Administration and the State Board of Control decided to construct a facility that would provide the types of services white children received at the Jackson’s Mill 4-H camp. The legislation authorizing construction of the camp was passed by the WV legislature on March 9, 1937 and the WV Board of Control oversaw its design and construction.

The construction of Camp Washington Carver was done by men working under the Works Progress Administration, a New Deal program giving work to unemployed men during the Great Depression. Due to the “chestnut blight” that swept through the entire region in the 1930s, the WPA crews combined the tasks of clearing the ravaged stands of trees (to reduce the fire risk of the dead trees) and producing the timber needed to construct the camp buildings. This is the main reason the major structures (the Assembly and Dining Hall, log cottage, and dormitories) are constructed out of chestnut. The Great Chestnut Lodge is the largest chestnut log structure in the state. The first building was completed in 1940 and construction of the camp site was finished in 1942. The dedication ceremony on July 26, 1942 featured an address by Governor M. Mansfield Neely and was attended by many state dignitaries, including D.T. Murray who was the president of the Negro State Board of Education. Also in attendance was the president of West Virginia State College, John W. Davis. WV State College was one of the few Black colleges in the state and it took over management of Camp Washington Carver as part of its extension services beginning after the camp’s construction.

The camp served many different programs, all of which catered to African American culture and successes. The camps ranged from 4-Hcamps to the Boy and Girl Scouts, to church camps and other programs. The dining hall and pool could be rented for luxury gatherings such as weddings, reunions, or picnics. The camp became a part of the West Virginia Department of Culture and History in 1979 to become an arts center. In 1980 it was added to the National Register of Historic Places for both its significance to WV African American history and its construction as a WPA Depression project. Currently the WV Department of Art, Culture and History uses the structures as an arts center that hosts events such as the Appalachian String Band Music Festival which attracts thousands of people for the exciting week in August.