Fort Ninigret marks the location of, possibly, a small fort built by the Dutch East India Company sometime after 1633 and before 1637. Archaeological evidence indicates that Native Americans had occupied this spot for a long time before Europeans arrived. By 1620, the Niantic tribe lived in the area and exchanged goods with Dutch and English traders. A European sword and canon found in 1921-1922 gives further credence that the site indeed was a European fort. Today, the Rhode Island Department of Environmental Management and the Charlestown Historical Society jointly manage the fort.

Fort Ninigret is surrounded by a metal fence. 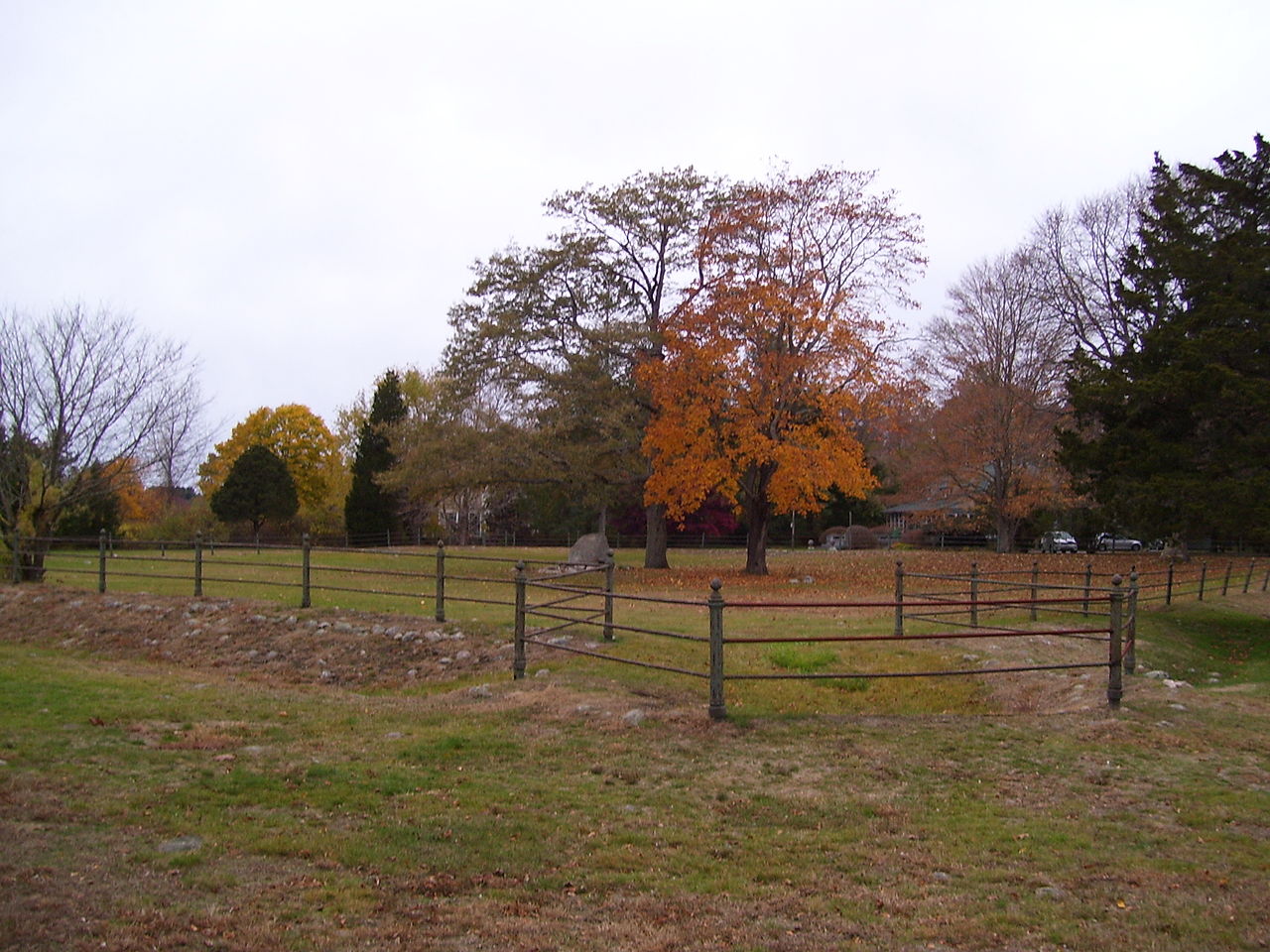 A Rhode Island Department of Environmental Management marks the entrance to the fort. 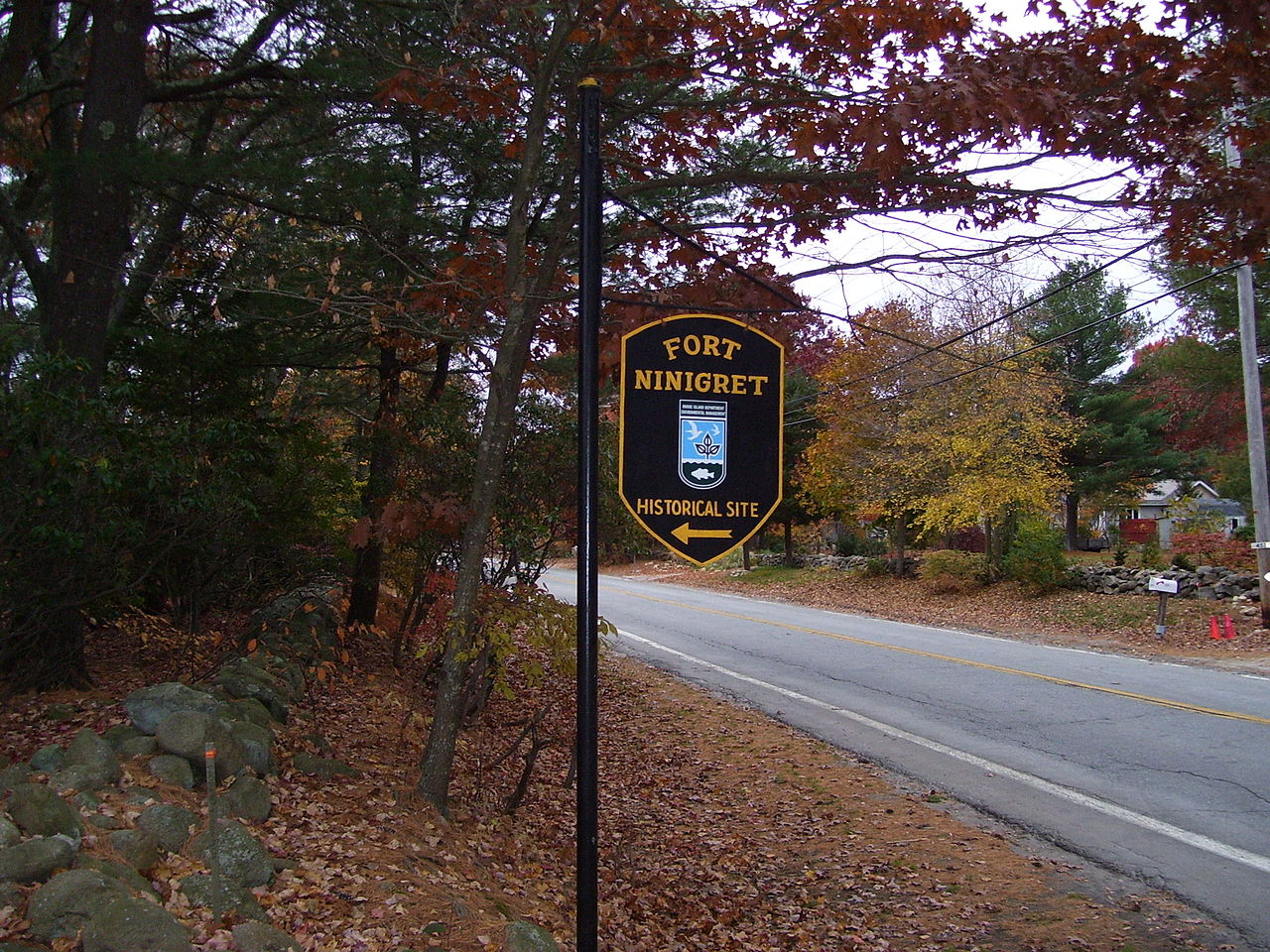 The Niantics eventually assimilated with the Narragansett tribe, which had been driven eastward by the English from Connecticut in the King Philips War (1675-1676). The surrounding area, which included much of Charleston today, became a reservation. Over time, the reservation decreased in size as land was sold off. In 1883, the state detribalized the Narragansetts and declared them U.S. citizens. The state also established the site as a monument to the 250 years of peaceful relations between the tribe and Europeans. The state recognized the Narrangansetts as a tribe in 1983.