This historical marker is located at the site of the Battle of Glorieta Pass, a decisive American Civil War Battle that ended Confederate ambitions to cut off the Southwest from the Union. The battle took place on March 26-28th, 1862. A small skirmish between forces took place on the 26th however the major part of the battle occurred on the 28th. The American commander was John P. Slough and the Confederate commander was William R. Scurry. 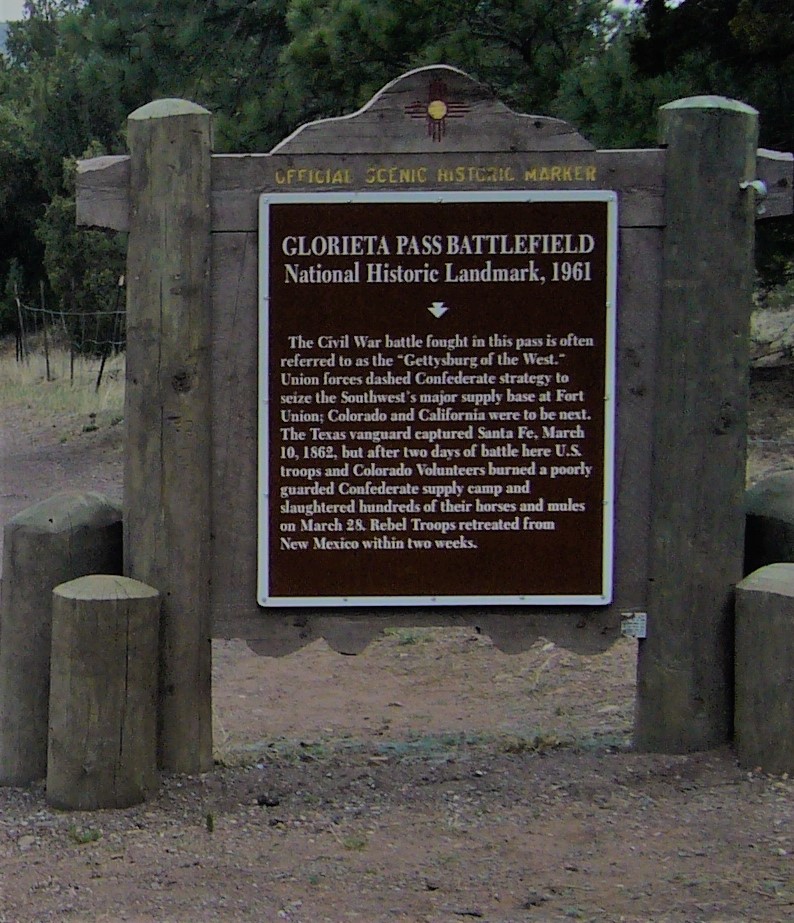 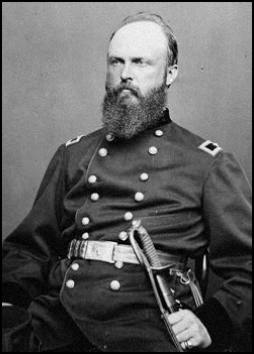 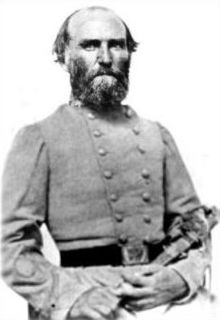 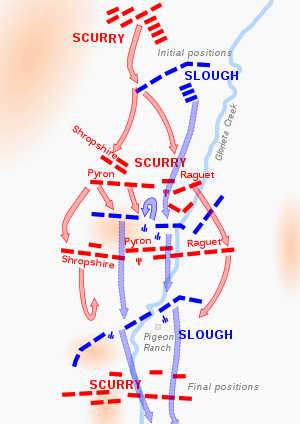 Slough expected the Confederate troops to remain in Apache Canyon. Slough sent Major Chivington with two infantry battalions to surround the Texans and hit them in the flank once the main force had engaged their front. Chivington's men did as they were ordered and waited above the pass to scout the enemy encampment while waiting for Slough to engage. However, instead of remaining at the Canyon Scurry. they set out to attack at similar times on the same day. Scurry had gained more headway down the canyon than Slough had anticipated. Scurry noticed the union troops and thought they were retreating back to Fort Union.

When Slough discovered the Texans he went ahead and launched an attack against them. Four companies from Colorado were deployed across the trail. Confederates dismounted and formed a line across the canyon, but the terrain caused some companies to intermingle. Colorado's troops were initially successful and held their ground for a half an hour. However, the Confederates had them out numbered enabling them to outflank them.

Slough then was able to reform his men closer to Pigeon's Ranch with four companies from Colorado and an artillery battery on the hill to their left. Slough also had another battery supported by two companies in the center and the other two companies were on the ridge to his right. Scurry launched a three-pronged attack on the Union line. All three lines were stalled by the Union and a Confederate cannon was disabled. The Confederates positioned snipers on what is now called "Sharpshooter's Ridge" and they began picking off Union artillery and infantrymen. This combined with Scurry's push into the unions center made their position untenable and Slough then ordered a retreat.