The "compound" is simply three residences, each belonging at some point to Joseph P. Kennedy, Sr., diplomat and patriarch of the politically influential Kennedy family, or one his sons: President John F. Kennedy, Attorney General Robert F. Kennedy, and Senator Edward M. Kennedy. 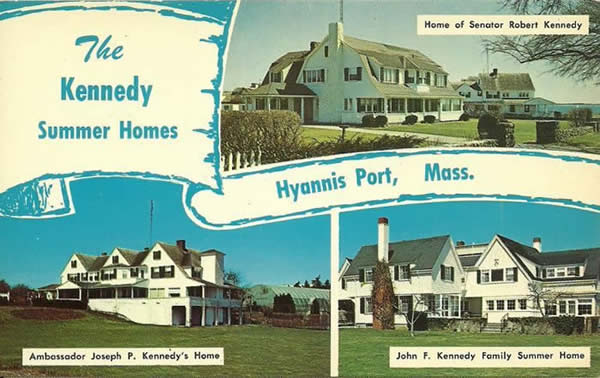 “For many people, the Kennedy Compound is as famous as Washington’s Mount Vernon or Jefferson’s Monticello,” says museum director John L. Allen. “The problem is that, unlike Mount Vernon or Monticello, you can’t actually visit the property, which is private property.