The USS Joseph P. Kennedy Jr., (DD-850) is a naval destroyer commissioned at Boston on December 15, 1945, just months after the end of World War II. It is the only surviving United States Navy Gearing-class destroyer. The vessel is named for Joseph P. Kennedy, Jr., the older brother of President John F. Kennedy, who sacrificed his life in a secret mission over Normandy in August 1944. Presently, the ship is stationed as a memorial at Battleship Cove in Fall River. It was added to the National Register of Historic Places in 1976. 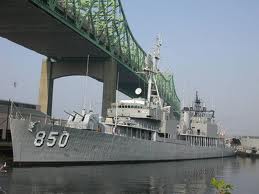 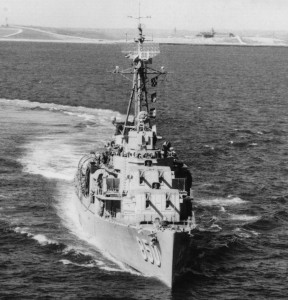 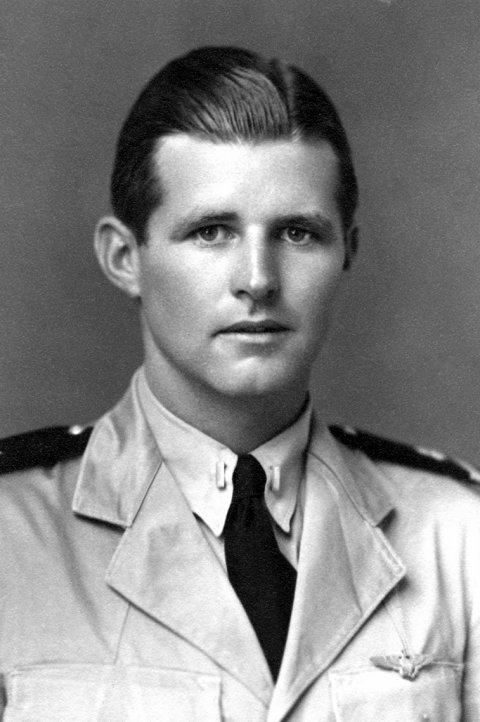 The USS Joseph P. Kennedy Jr. is part of the largest class of American Navy destroyers built during the second World War.  This particular vessel, named after the oldest son of Joseph and Rose Kennedy who was killed during the war, is equipped to defend attacks from the air, surface, and under the sea.  It is a 390-foot long, battleship gray, Gearing-class destroyer. The USS Joseph P. Kennedy Jr. wasn’t commissioned until after the war had ended, but it did play a large role in defense during the Korean War and again during the Cuban Missile crisis.

Joseph P. Kennedy Jr. was born in 1915 to Joseph and Rose Kennedy.  He was the eldest of 9 children in the Kennedy family.  His younger siblings included the future President John F. Kennedy and future Attorney General of the United States, Robert Kennedy.  Joseph Jr. left Harvard Law School to join the U.S. Navy in June 1941.  He was awarded his aviator’s wings a year later.  Kennedy piloted many missions over the Atlantic and was chosen to fly a new and larger bomber, the B-24, in Europe.  He was eventually given the opportunity to return to America with his crew, but Kennedy decided to stay so that he could volunteer for Operation Aphrodite. Operation Aphrodite was a very dangerous, top-secret bombing mission which would take place over Normandy, France.

Unfortunately, one of those missions took his young life during the night of August 12, 1944.  He was tasked with flying a drone up into the air over a German V-2 rocket-launching site. The drone was loaded with 21,170 pounds of explosives. Kennedy and another airman were supposed to fly the drone up to a certain point, after which the machine could be taken over by remote control.  Once they reached that point, the plan was to jump from the plane and parachute to safety.  However, the explosives detonated prematurely, and Kennedy and a crew member were killed instantly.

Kennedy Jr. was awarded the Air Medal and Navy Cross for heroism after his death.  The new destroyer was commissioned in December 1945 and named after the brave pilot.  His younger brother, Robert, served as an apprentice seaman on that vessel a year later.

The USS Joseph P. Kennedy Jr. played a vital role in the Korean War, the Cuban Missile crisis and the national space program.  It received battle stars in 1951 for its involvement in the first United Nations counter-offensive and for the Communist China Spring Offensive.  The ship’s weapons systems, electronics and communications systems were updated in 1961 prior to its participation in the Cuban Missile crisis. It, along with the USS Pierce, intercepted and boarded a Russian-charted freighter ship named the Marcula.  Later, the USS Joseph P. Kennedy Jr. served as part of the NASA recovery forces for the Gemini 6, Gemini 7, Gemini 12 and Apollo 4 missions. It was finally decommissioned in 1973. The vessel was moved to Battleship Cove in 1974 where it was opened to curious visitors and nostalgic seamen.