The most nostalgic view in Charleston, South Carolina comes from the historic Rainbow Row. The thirteen 6th century brightly hued homes are located between 79 and 101 East Bay Street. Rainbow Road is recognized as one of the most well-photographed areas in Charleston. The name Rainbow Row was coined after the pastel colors they were painted as they were restored in the 1930s and 1940s. Valued at millions of dollars each, and prized by the city's historical counsel, these homes are treasures to Charleston locals and draw admirers worldwide. 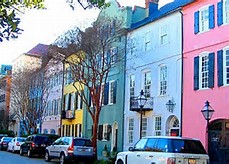 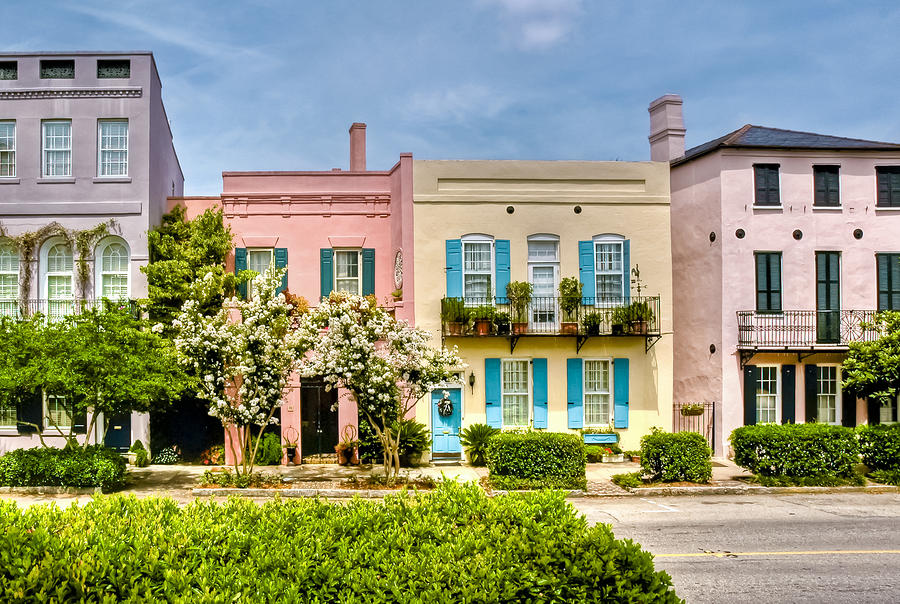 The thirteen homes that comprise Rainbow Row were originally designed as stores. The first story contained retail space, while the upper floors were designated living spaces for the shop owners. Originally, the living quarters could not be accessed from the storefronts, and stairs at the back exterior of the houses allowed the residents to reach their second and third stories.

Originally painted gray, the pastel colors did not arise until the 1940s. Also, like most of the pre-1900 houses in Charleston, the houses on Rainbow Row were crafted to include earthquake bolts. After a devastating earthquake in August of 1886 destroyed many of the buildings, earthquake bolts were installed to keep the buildings stable during tremors. If a passerby looks close enough they can see that the houses on Rainbow road are not exactly straight or level, they are slightly crooked as a result.

During the Post-Civil War era to about the 1920s, this location housed primarily low-income individuals. This area of Charleston developed into near slum conditions. After a period of vacancy, a local named Susan Pringle Frost purchased a section of the houses to save them from destruction but did not have enough time or money to restore them right away. In 1931, another lady named Dorothy Porcher Legge purchased six of the homes, eventually painting them bright Caribbean coral. By the 1940s the other homeowners in the area followed suit, renovated their homes and adopted the bright Caribbean Colonial color scheme. By 1945, most of the homes on Rainbow Row had been restored.

There are various myths as to why the bright Caribbean color scheme was chosen. According to some tales, the colors of the buildings date back to their use of being stores. The colors were used so that slave owners could explain to illiterate slaves were to go shopping.

Since that time, the homes have come to be recognized as examples of the value of restoration and importance of historical preservation. The rainbow row is now a popular tourist attraction and is now one of the most popular photographed parts of Charleston.

Private homes, not open to the public, but can be viewed from the street.