The Hancock-Clarke House is a two-story colonial-era dwelling located at 36 Hancock Street in Lexington, Massachusetts (about 14 miles west of Boston). This 1737 house was the boyhood home of Revolutionary leader John Hancock, and was where he and Samuel Adams hid from British authorities at the outbreak of the American Revolutionary War. It is only about one-quarter mile away from the Lexington Green were the historic first battle occurred. 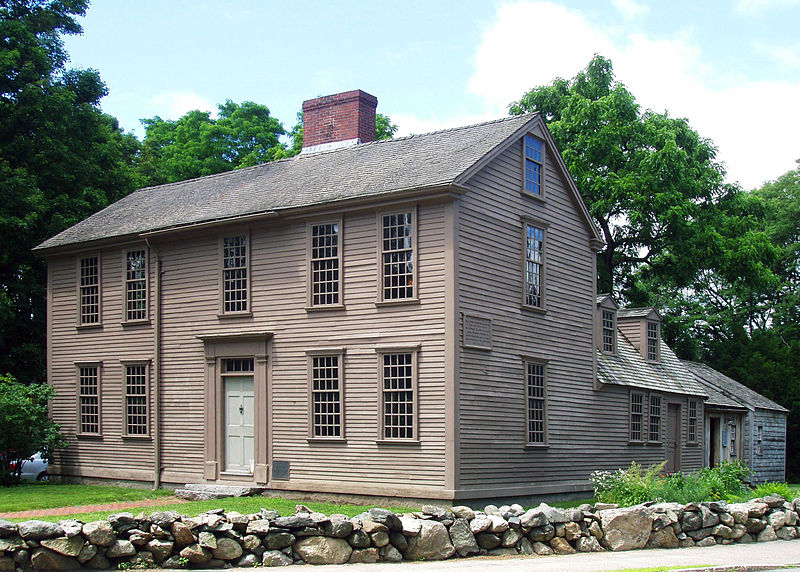 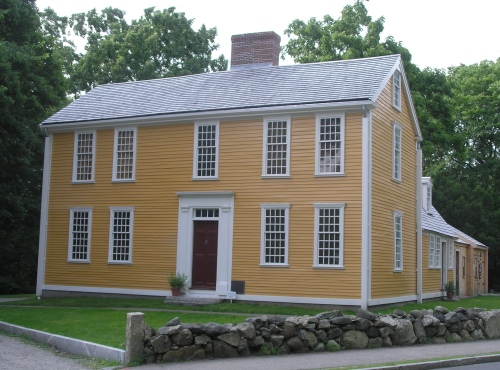 Interior of the Hancock-Clarke House 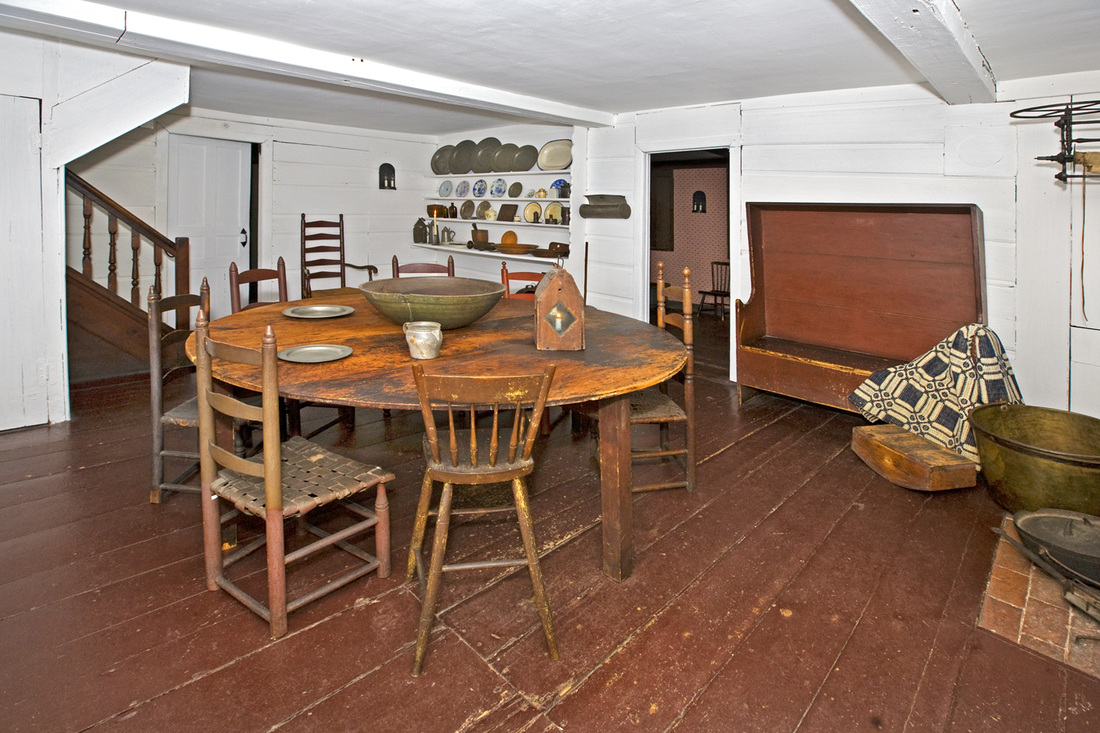 The first home on the site was built in 1698 by the Reverend John Hancock, shortly after his arrival in Lexington from Newton, MA (another town just west of Boston which, at the time, was a part of Cambridge).  The original house was quite small.  The size was likely because Hancock had little money to build a home, as he had a very modest upbringing.   Over time, there is evidence that the family’s financial status improved.  For example, rankings at Harvard College were determined not by merit, but by socioeconomic status.  Hancock graduated 13 of 14 in his class; his youngest son, Ebenezer, graduated 15 of 42.  In 1737, his son Thomas, a wealthy Boston merchant, constructed an addition to the family’s home.

Reverend John Hancock was the grandfather of the patriot of the same name, who was the first person to ink his signature to the country’s Declaration of Independence.  When the younger John was just a boy (1744), his father died.  He moved into the large home with his grandfather and stayed for six years until he was adopted by his successful uncle, Thomas Hancock.

In 1752, the Reverend Jonas Clarke succeeded Hancock as the area’s pastor and moved his family into the parsonage.  During his time in the home, twelve children were born.  Clarke was an ardent supporter of the revolutionary cause.  His fiery sermons were a source of inspiration to the colonial patriots.  He even allowed the militia to hold their meetings in the home.

On the night of April 18, 1775, John Hancock was visiting his grandfather and Reverend Clarke at the house.  William Dawes rode to Lexington from Boston to warn Hancock and Adams that, not only were the British coming their way, but the two patriots were to be arrested for their revolutionary actions.  Nearby, the militia were preparing for their brief battle on Lexington Green.  It was the dawn of the American Revolution.

The parsonage was facing demolition in 1896 until the Lexington Historical Society stepped up and purchased the house, with one condition.  In order to preserve the home, it had to be moved across the street from its original site.  Several decades later, in the 1960s, the society had the opportunity to purchase the original land.  It completed the purchase and moved the Hancock-Clarke House back to its former parcel.  In 1971, the house was added to the National Register of Historic Places. It underwent a large-scale structural restoration in 2008.

The house was transformed into a museum by the historical society.  It still contains several pieces of furniture, décor, and portraits owned by the Hancock and Clarke families who once lived there.  The museum’s exhibit area also contains several very interesting items related to the events of the early morning hours of April 19, 1775, including William Diamond’s drum and Major Pitcairn’s pistols.

The Hancock-Clarke house is open to the public for tours from April through October.   It is only open on the weekends through May 30 and then opens daily for the rest of the season.  Tours are offered several times a day.

In 1798, Paul Revere wrote a letter to Jeremy Belknap:

“I alarmed almost every house, til I got to Lexington. I found Messrs. Hancock and Adams at the Rev. Mr. Clark’s”

Vary depending on the season