Located at the head of land at the primary shipping channel leading into Portland Harbor, the Portland Head Light has carried the proud role of being one of the most iconic landmarks in the region. First lit in 1791 with whale oil as fuel, the Portland Head Light and its accompanying keeper’s house embody classic New England Victorian style, and it was one of the many lighthouses commissioned by George Washington. This historical standing makes the Portland Head Light one of the oldest landmarks of its kind in the U.S. Sitting atop beautifully landscaped grounds of Fort Williams Park along the rugged Maine coast, this 200-year-old, 80-foot lighthouse endures as a popular tourism spot for both history and lighthouse enthusiasts. Within the former Keeper’s Quarters, there is also an award-winning maritime museum and gift shop displaying everything from various lighthouse lenses throughout history to interpretative displays focused on sailing and marine culture. 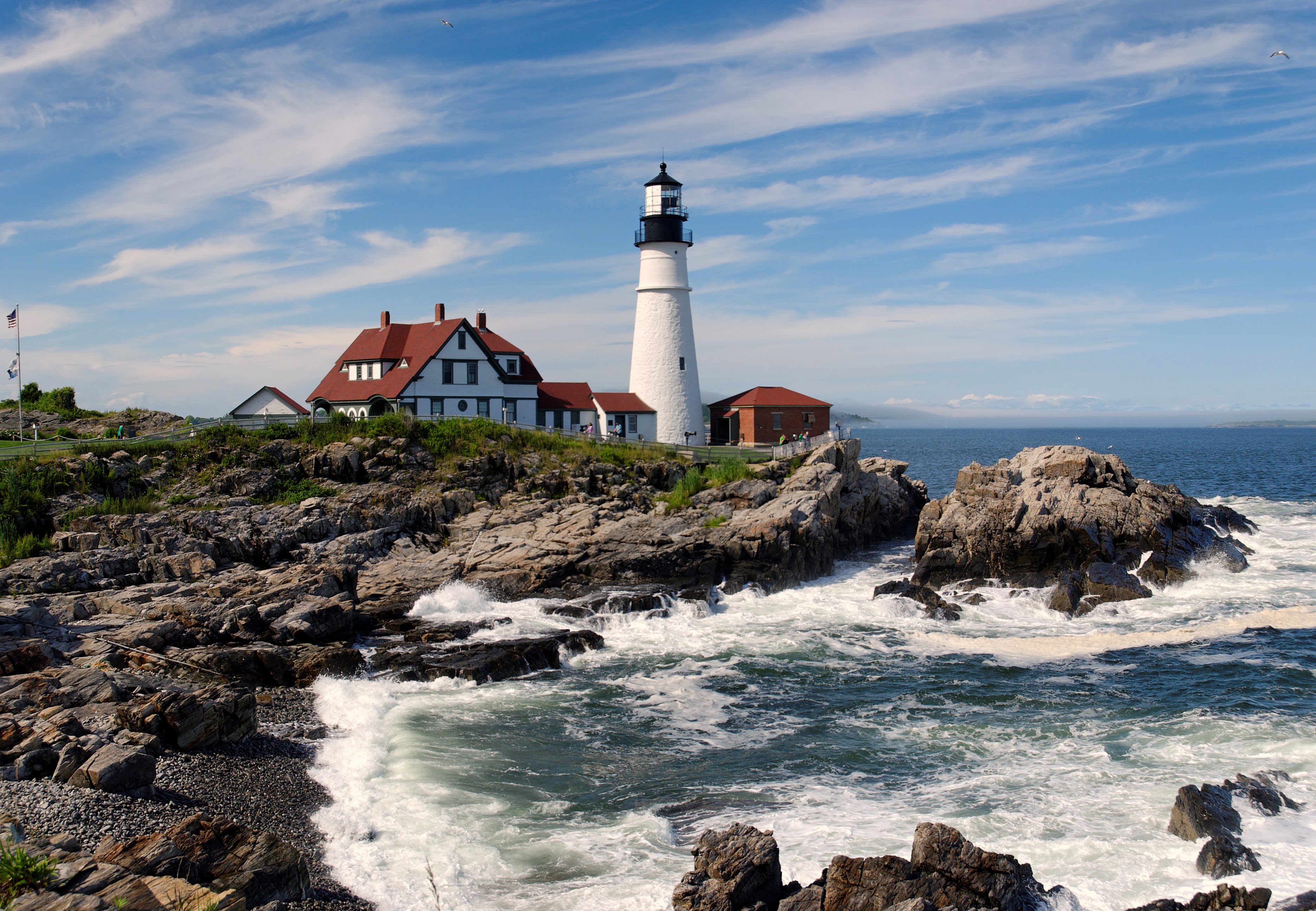 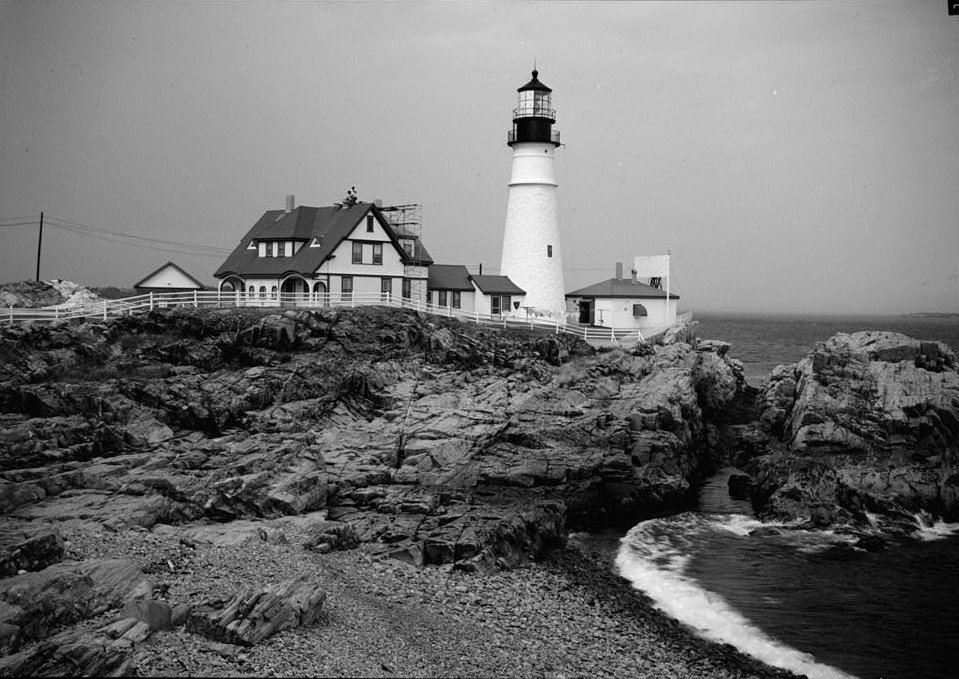 Memorial to the Annie C. Maguire shipwreck in 1886. Written by lighthouse keeper John A. Strout in 1912. Since then, subsequent keepers have maintained the memorial, and its original lettering is seen in this photo. 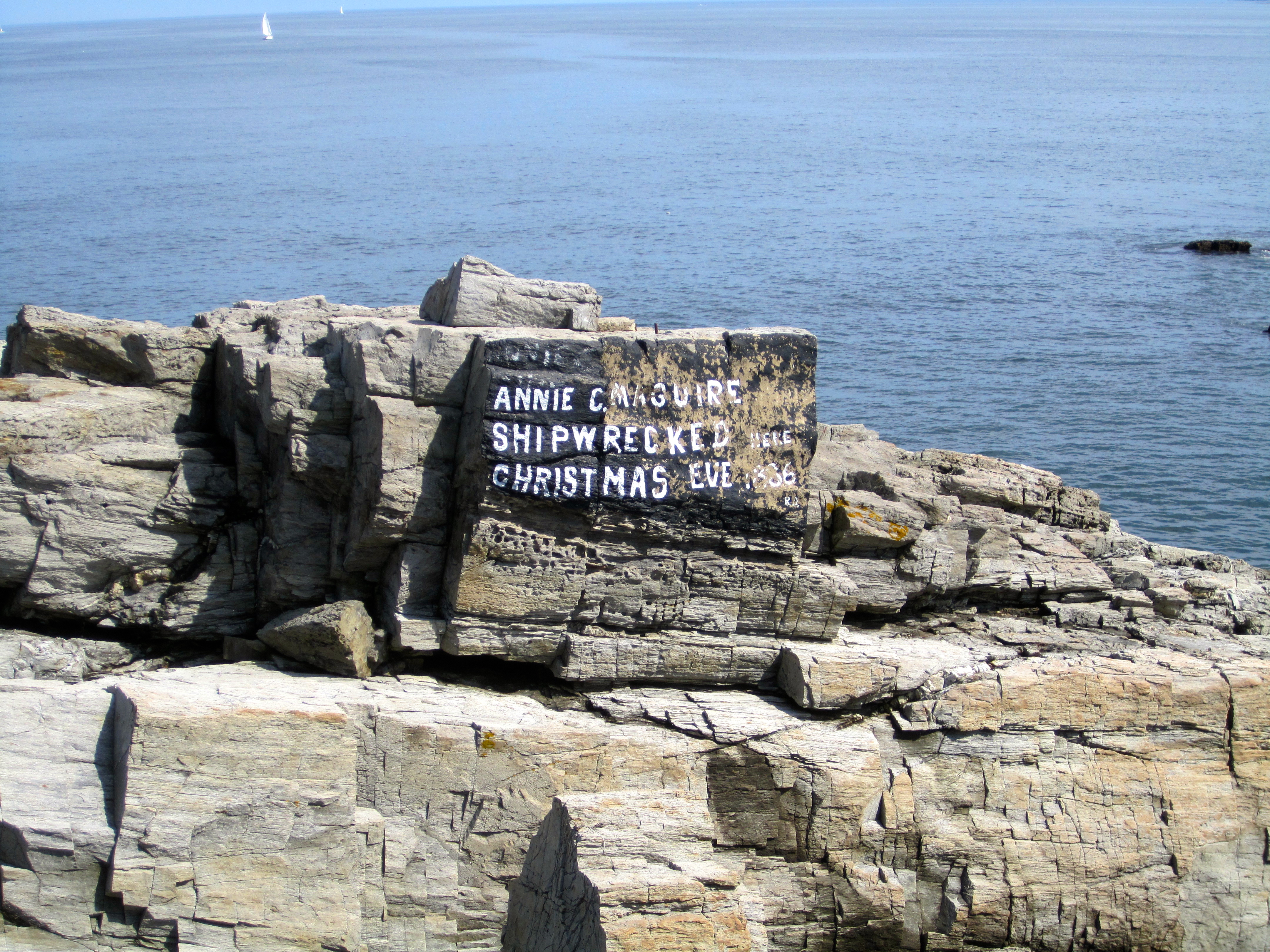 History of the Portland Head Light

The history of the Portland Head Light dates back to the first few decades after the Revolutionary War, when port towns all along the Eastern Coast were experiencing a massive mercantile and maritime boom.

By 1786, the small town of Falmouth was incorporated into the growing Portland, which at that time was described as “one of the most thriving commercial towns in the Commonwealth of Massachusetts.” To accommodate the growing port activity, the Massachusetts government set aside $750 to build a lighthouse, but in 1789, the Lighthouse Act placed all lighthouses in the new nation under federal government control.

Allocating a sum no more than $1,500, the Portland Head Light was commissioned by the U.S. Government, making it the first mandated lighthouse under the Lighthouse Act of 1789. President George Washington personally oversaw its construction, and he asked the builders to use local rubble stone. Though first building the tower at 56 feet, and then extending it to 72 feet under Washington’s orders, the lighthouse builders finally completed their work in 1790.

Revolutionary War veteran Capt. Joseph Greenleaf was the first keeper of the lighthouse, and by the time of the first lighting, Greenleaf would have to light the sixteen whale-oil lamps. During his watch between 1793 to his death in 1795, Greenleaf was paid $160 a year (which would be worth about as much as $3,920 a year today).

After 200 years of operation, which included the famed Annie C. Maguire crash in 1886 as well as the lighthouse blackouts between 1942 through June 1945 to avoid guiding German submarines, the Portland Head Light has witnessed nearly all of Portland’s rich history.

The Town of Cape Elizabeth received the deed to the lighthouse in 1993, and nowadays, the light is automated. Also, the U.S. Coast Guard is still in charge of both the light and the fog signal.

The Museum and Gift Shop at the Portland Head Light only date back to 1992, when the Town of Cape Elizabeth was given a lease to the property. Located in the former keeper’s house, the museum features displays and exhibits showcasing lighthouse culture in general as well as the history of the Portland Head Light. Proceeds from the gift shop ensure restoration and upkeep.1

Fort Williams Park is open year round from sunrise to sunset. Museum is open daily from Memorial Day to October 31. Open weekends only from mid-April through Memorial Day; and November through mid-December. The hours are 10 a.m. to 4 p.m.