Built in 1912, the former United States Post Office in Woonsocket is the only building of its kind in the city. It was designed by architects Louis Wetmore and J.K. Taylor in the Beaux Arts style. The post office was expanded between 1929-1930. It served as a post office until 1975, when operations moved into a new building. It was saved from demolition in the late 1970s and at some point after that (it is not clear when) it became a branch for the YMCA. 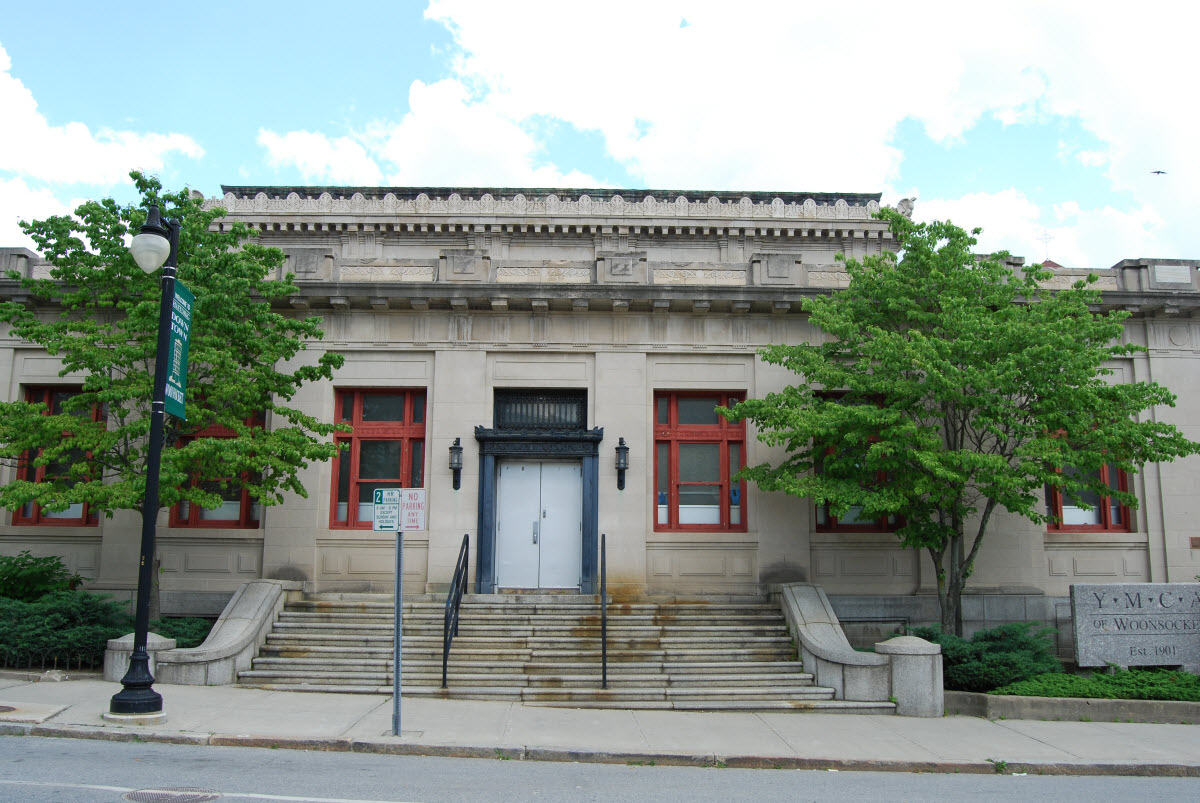