Over a century old, the historic Banks Mansion was built in the Greek Revival style by George T. Banks in 1909. Unfortunately, Mr. Banks passed away a few months before the house was completed, leaving the mansion, his timber business, and four daughters to the care of his wife, Mildred. Today, the mansion houses the DeSoto Arts Council. 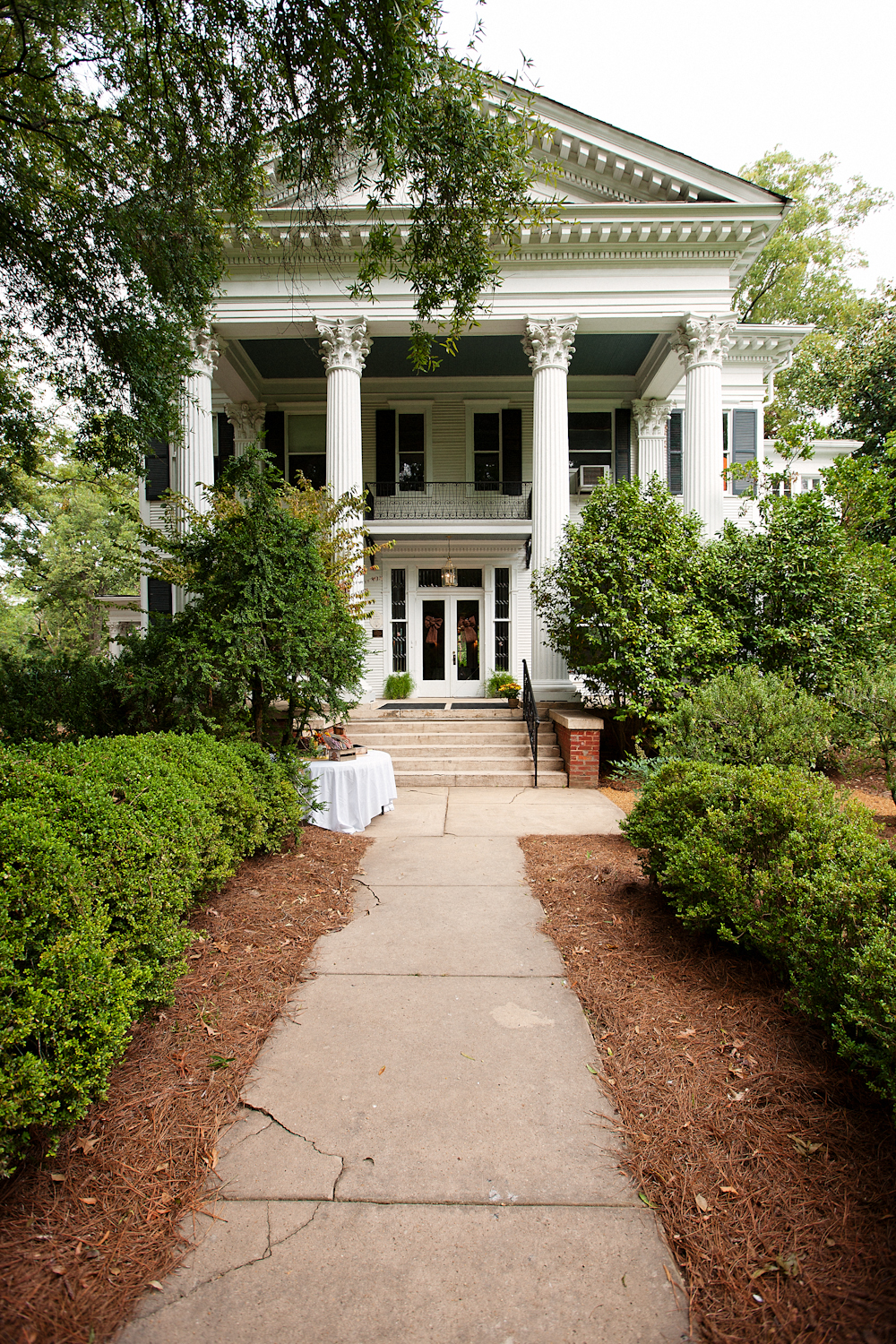 Five generations of the Banks family lived in the three story mansion located just a block west of the city courthouse. According to a 2012 news article in the Commerical Appeal,

Its first floor is modeled on an earlier, smaller house built on the same site by Edward Orne, a Boston shipbuilder and land agent who settled there around 1840 and became one of Hernando's founders. This accounts for the home's odd multisided central parlor, formerly the dining room. Orne created it to look like the large dining room of his brother's steamboat that plied the Mississippi River.
The Bankses, who bought the property from Orne, made their home two stories larger and added oddities of their own, including putting railroad tracks in the exterior walls. Not ties. Steel tracks.

In the 1970s, workers installing a new kitchen broke their drills on the tracks, said Ellen Le-Blond, former horticulturist and now volunteer at Dixon Gallery and Gardens, a native Memphian, and the last woman to live at the house.

The usefulness of the tracks became apparent in the 1920s when a tornado tore through Hernando causing great damage but getting away with only two columnns and the gazebo from the Banks mansion. The house, gripping steel in its foot-thick walls, refused to budge. The columnns were later replaced.

For years the home stood vacant, however interior lights were known to flicker on and off at dusk; the home was thought to be haunted by Mildred's manservant who lived at the small house on the grounds to keep up the mansion after the matriarch passed. Nevertheless, community members looked on the property with fond memories of attending social gatherings there.

The town arts alliance was responsible for the mansion's restoration, a large undertaking for the age and wear of the years had left the structure in poor condition. However, the mansion was fully revived and now houses the DeSoto Arts Alliance, which hosts exhibits, dance recitals, musical performances, and array of other events, including an annual murder-mystery performance.  Additionally, there is a gallery and gift shop, which operates Wednesday through Saturday, 10 a.m. - 5 p.m.

Free Admission - Open to the Public Wednesday - Saturday 10 a.m. - 5 p.m. and by appointment