Foxboro Stadium was the home of the New England Patriots American Football team. It was demolished in 2002 and replaced by its successor, Gillette Stadium. The area It is now consist of parking lots and an open-air shopping center titled Patriot Place. Foxboro Stadium was scheduled to be demolished on December 23, 2001, the day after the Patriots' final home game that season. Quarterback Tom Brady led the Patriots to the playoffs after replacing injured Drew Bledsoe. Because the playoffs ran into January 2002, the stadium wasn't demolished until late January 2002. The New England Patriots won their first Super Bowl that year, and were on their way to building a dynasty. The Patriots defeated the Oakland Raiders in that last game, which famously featured an overturned fumble call based on the now-abolished tuck rule in the final minutes. The game is now known as "The Tuck Rule Game". 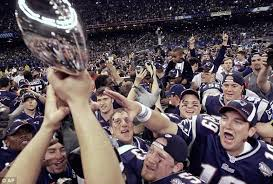 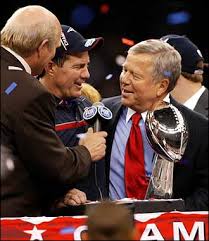 The American flag on the field at the last game in Foxboro Stadium. 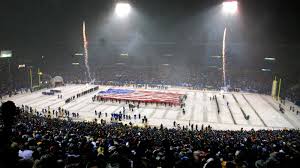 Tom Brady attempting a pass as an Oakland Raiders defender is about to hit him. This is the play that led to the game being known as "The Tuck Rule Game". 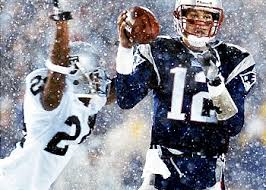 Adam Vinatieri kicking the game winning field goal in overtime to defeat the Oakland Raiders in "The Tuck Rule Game". This win allowed the Patriots to go to the Super Bowl. 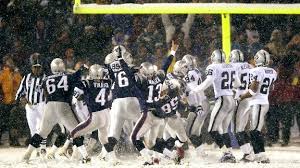 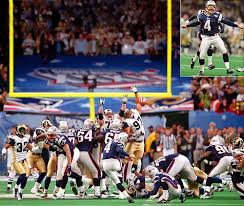 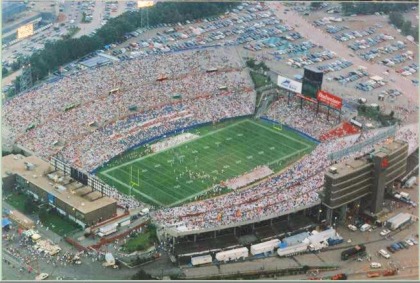 View of Foxboro Stadium as construction for Gillette had started. 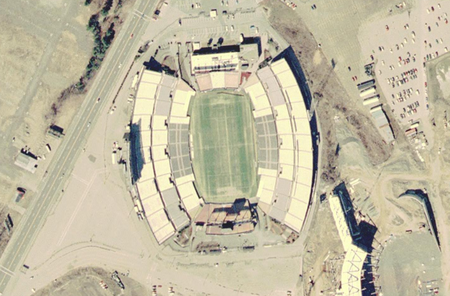 Picture showing both Foxboro Stadium and it's replacement Gillette Stadium. 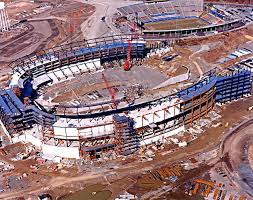 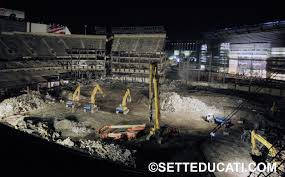 Aerial view of Patriot Place and nearby Gillette Stadium. 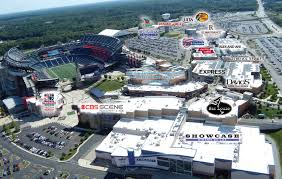 The Hall at Patriot Place. 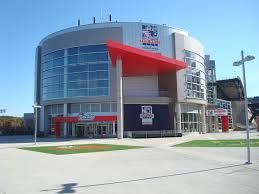 Foxboro Stadium was built in 327 days for slightly more than $7.1 million, which was $200,000 over its initial budget of $6.9 million. At approximately $100 per seat, Foxboro (designed by David Berg and built by J.F. White Construction) remains one of the great stadium construction miracles of all time. It is also a miracle for another reason. Since 1971, well over 15 million people have passed through Foxboro's turnstiles at literally no expense to the taxpayers of Foxborough or Massachusetts. The stadium first opened in August of 1971 and was named Schaefer Stadium. Naming rights were sold to Anheuser-Busch in 1983, who named the stadium Sullivan Stadium in honor of the family that owned the Patriots. Once the Sullivan family sold its majority ownership, the stadium was renamed Foxboro Stadium. Before the first game played there, an exhibition match between the Patriots and New York Giants, a “flush-off” took place in which all the toilets were flushed at the same time to make sure the plumbing could handle the greatest possible stress.

By NFL standards, Foxboro Stadium had become functionally obsolete.  It had very good sight lines, but the facility was built cheaply as a "bare bones" stadium and had very few modern amenities.  It was one of the smallest stadiums in the NFL and it was almost completely exposed to the elements, meaning that there was almost no protection for the fans late in the season.  After 31 NFL seasons, Foxboro Stadium was scheduled to be demolished on December 23, 2001, the day after the Patriots' final home game. The Patriots went to the playoffs that year, so the stadium was not closed until January 19, 2002.  The Patriots won the Super Bowl that year.

Patriot Place is an open aired shopping center that was built around Gillette Stadium. The first phase opened in fall 2007, which included the construction of a small strip mall. The second phase is actually built on the site of Foxboro Stadium.

The Hall at Patriot Place is a museum displaying the history of the New England Patriots, such as historical wins and losses, uniforms of famous players, and Super Bowl trophies. On the first floor is the official Patriots Pro Shop, a large store selling various apparel and memorabilia themed to the New England Patriots. "The Hall at Patriot Place presented by Raytheon is an exciting, innovative and interactive, modern museum experience for all ages. The Kraft family long considered the best way to honor the greatest Patriots of all time while simultaneously preserving Patriots history. They scored a touchdown when they opened The Hall in September of 2008."

Cinema de Lux was launched by Showcase Cinemas with a location at the complex. There is also a bar and restaurant inside called Studio 3. There are many other stores and restaurants. There is also a health care center located there by the name of, The Brigham and Women's/Mass General Health Care Center, which is a joint venture between Brigham and Women's Hospital and Massachusetts General Hospital, both located in Boston.