This church was built in 1889 and is the oldest church/school still standing in Johnson City. The building was also used as a school for African American children. The building is now home to the West Main Christian Church. 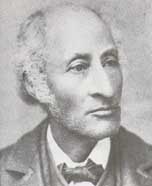 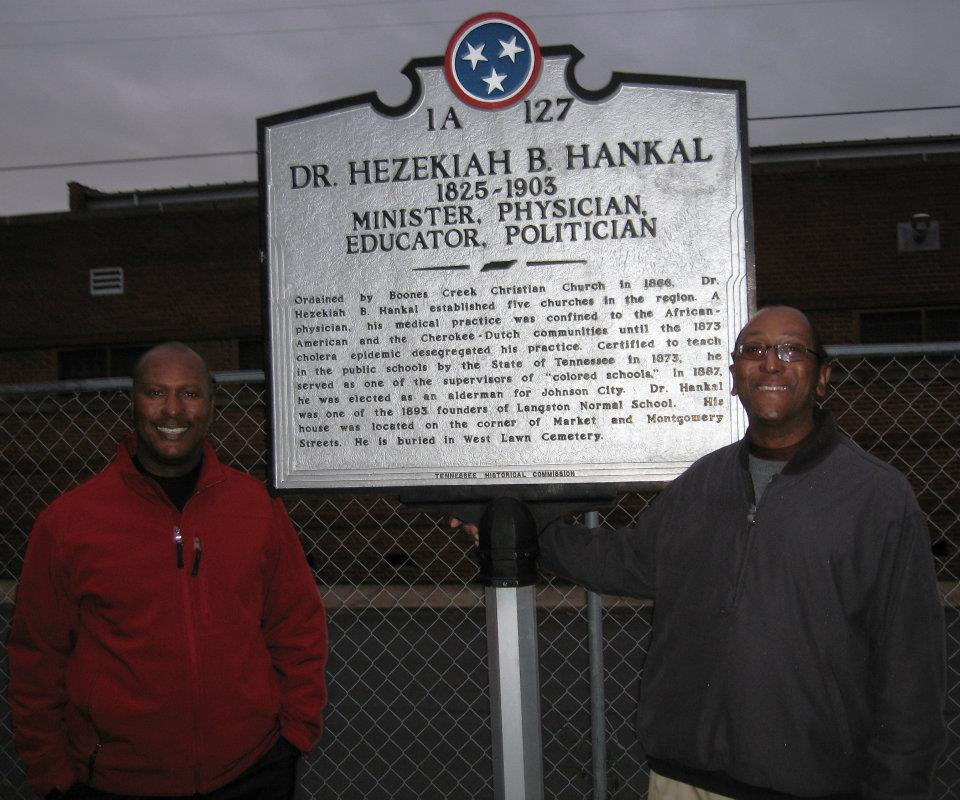 Marker about the Colored Christian School 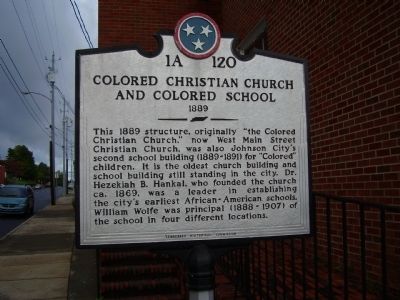 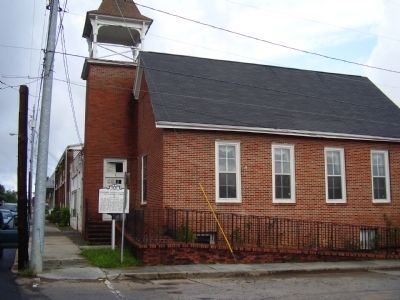 Originally named the Colored Christian Church, this 1889 church is now called the West Main Christian Church. The church also acted as a school for African-American youth, the second school overall in the city.

The church congregation was formed in 1869 by Hezekiah B. Hankal, the leader in organizing the city's and the area's schools for African-Americans. William Wolfe was the school's first principal. The school may have closed in 1907 at the end of Wolfe's tenure.

Dr. Hankal was crucial to the establishment of over 5 schools in the area and having a medical practice confined to only African-Americans and Cherokee-Dutch communities. It would take the 1873 cholera epidemic in the region and his labors during the epidemic for his practice to be allowed to desegregate. He was the first black man to receive a teaching certificate from Northwest Tennessee. He served as an educator, physician and minister to the city and region. Recently, a new county Health Department building was named in his honor.