Near this location, on the morning of May 29, 1778, a large group of Wayndotte and Mingo Native Americans attacked a two story fortified log home known as Fort Donnally. The local residents had been warned of the attack and 20 militiamen along with 60 others had taken refuge at the fort. A slave named Dick Pointer played a large role in thwarting the initial attack and alerting the rest of the fort's occupants. The attack lasted all day until the Native Americans withdrew at dark. In the end, four white settlers and 17 Native American warriors were killed in the battle. 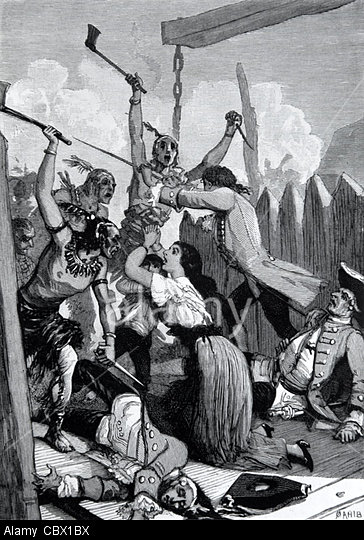 Highway marker near the fort. 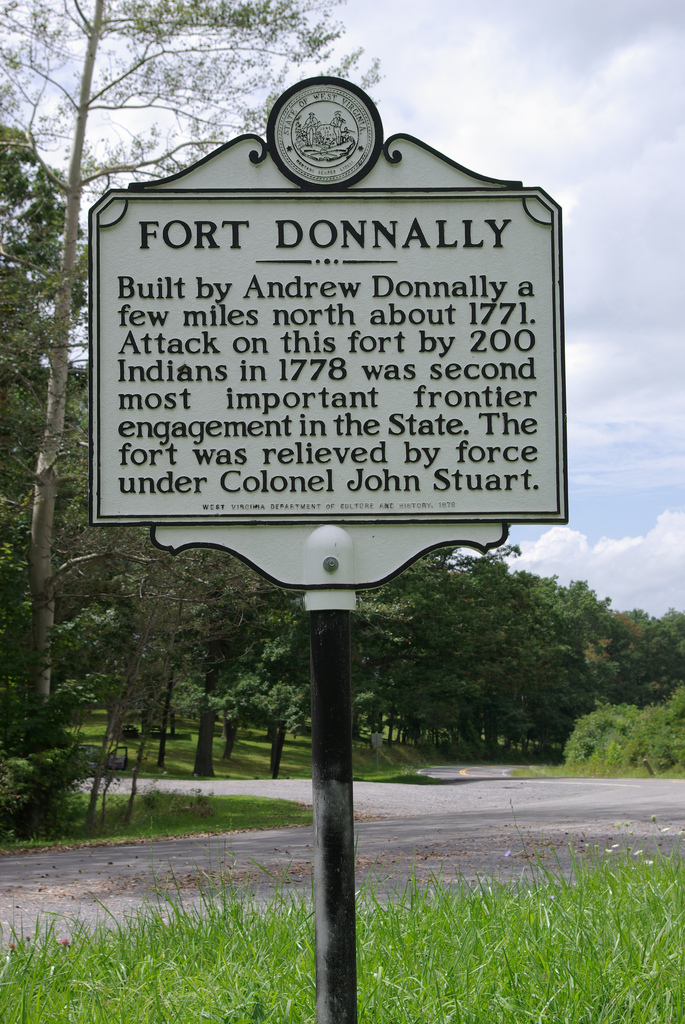 Marker at the former location of the fort. 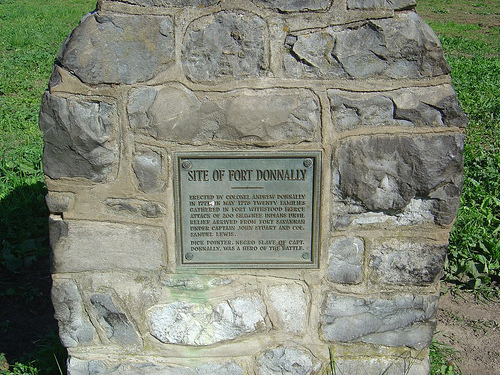 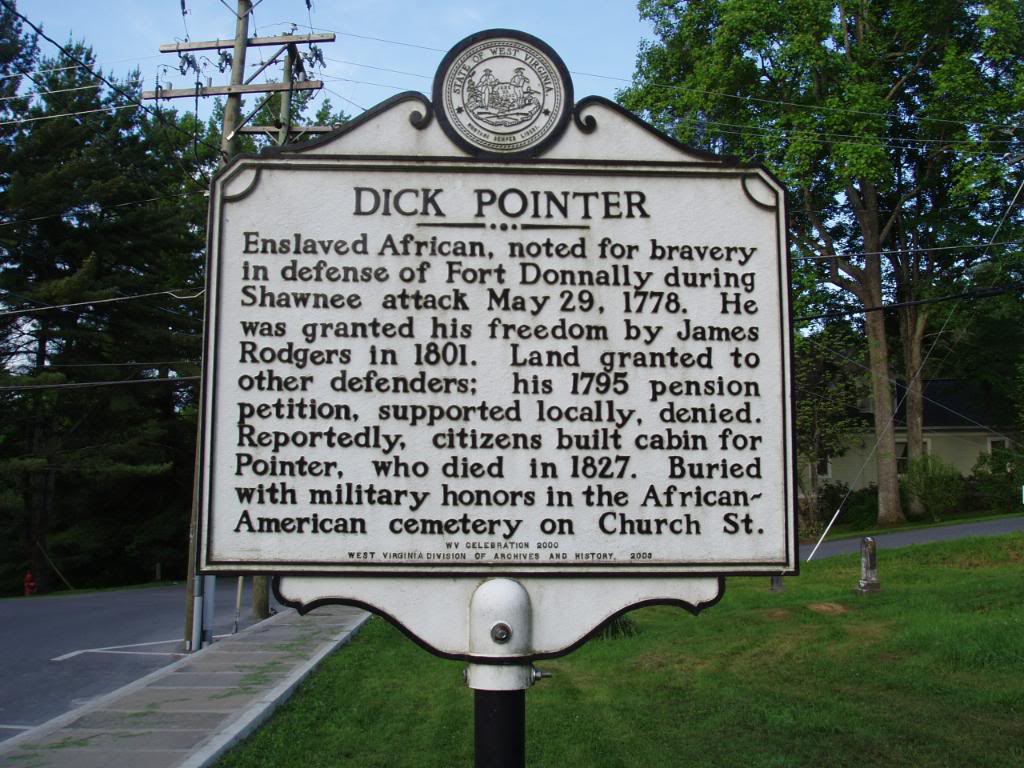 In May 1778, a large group of Wyandot and Mingo Native Americans were sighted crossing the Ohio River just north of the mouth of the Kanawha River. They were headed on a raiding party to Greenbrier County in order to steal cattle and attack settlements along the way. Two scouts named Philip Hammond and John Pryor were dispatched from Fort Randolph in Point Pleasant to warn Greenbrier settlements of the impending attack. When the war party had reached Greenbrier County, many of the local residents had heeded the warnings and taken refuge at Fort Donnally, a large two-story fortified double log house surrounded by a rectangular stockade which was garrisoned by local militiamen. On the morning of May 29, an estimated 50 to 300 Natives Americans attacked Fort Donnally where 20 militiamen, under the command of Lt. Colonel Andrew Donnally and Lt. Jack Williams, along with 60 other men, women, and children had taken refuge. The militiamen withstood the initial attack and around three o’clock in the afternoon, reinforcements under the command of Colonel John Stuart arrived from Fort Savannah in nearby Lewisburg. Stuart left a detailed account of the battle.

He stated, when the reinforcements initially arrived at the fort, four men had been killed; two had been killed outside the fort, and two were killed defending the initial attack. The Native Americans had commenced the attack at first light and only Hammond and a slave named Dick Pointer were awake. Stuart writes that the Native Americans had laid their firearms down and made their initial attack with tomahawks and war clubs in hope of suprising the sleeping settlers. Hammond and Pointer held the door while the Native Americans attempted to destroy it with their hatchets. When the attackers had the door partially opened Hammond killed one with his hatchet and Pointer fired a musket heavily loaded with buckshot at the doorway, halting the attack and alerting the rest of the fort to the attack. Once the other residents of the fort awoke, Stuart claims, “they fired out of the windows on the Indians so briskly, that…seventeen of the Enemy lay dead in the yard, one of whom was a boy about fifteen…”1. Later that night, the Natives withdrew after suffering seventeen casualties. On their return to Ohio, they attacked several other small forts in the area with no success.