The Lincoln theatre is a theater in Washington, D.C. notable for serving black patrons during the time of segregation laws in the United States, as well as hosting numerous famous acts, such as Duke Ellington and Billie Holiday. The theater was vastly popular, but has seen financial difficulties since the 1950s. Today, the Lincoln Theatre is still in operation, showcasing movies, theater, comedy, and other acts.

A view of the Lincoln Theatre from 2007 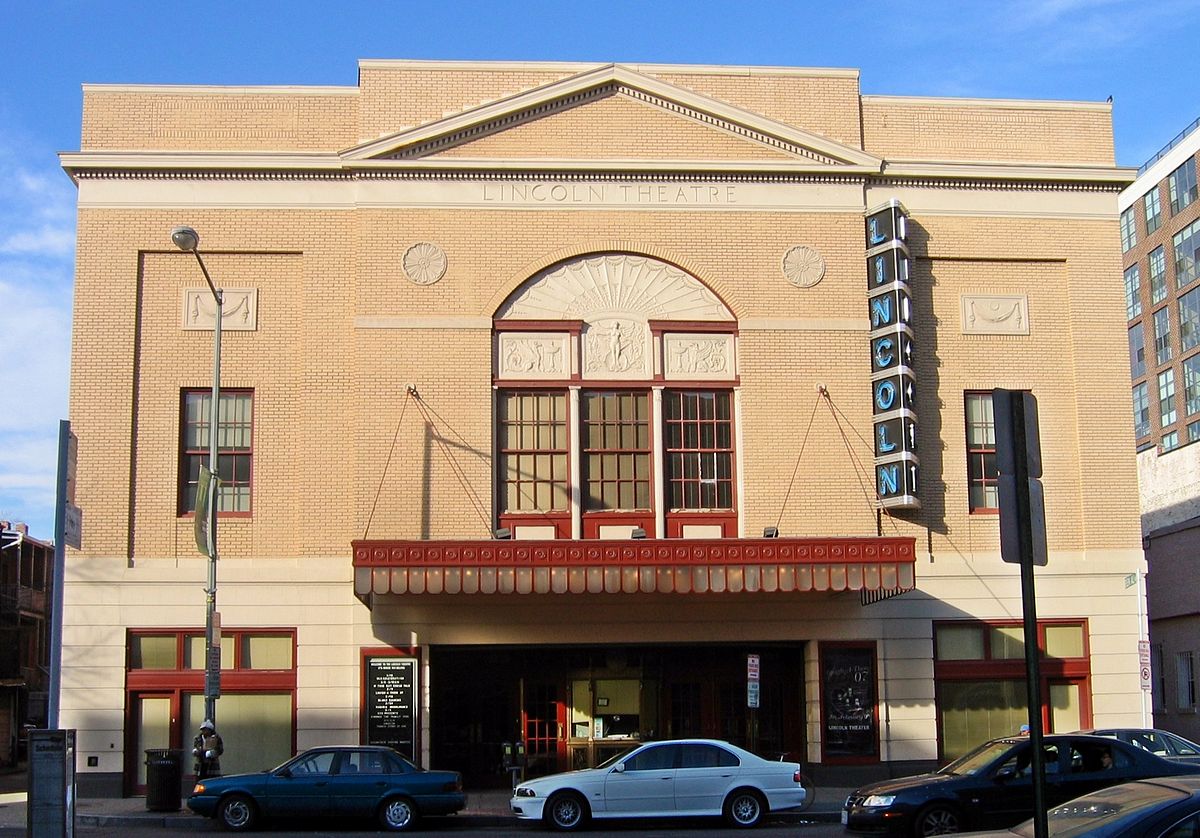 While Washington, D.C. outlawed the Jim Crow laws in 1917, there was still a great element of segregation within the D.C. area. As a result of this, when the Lincoln Theatre opened in 1922, it welcomed black patrons, itself being a part of what was called “Washington’s Black Broadway.” For five years after it opened, the Lincoln showed silent films and vaudeville, but in 1927, it was purchased and transformed into a movie house and ballroom. For a time, the Lincoln prospered and hosted many notable acts, such as Duke Ellington, Ella Fitzgerald, Billie Holiday, and Louis Armstrong. In 1952, the Theatre also gained the addition of a projection system and showed boxing matches regularly. Once desegregation came into full swing in 1953, however, the Lincoln began to struggle financially as other venues were being opened to black patrons.

As the Lincoln continued to struggle financially, parts of it were demolished, such as the ballroom, and after the 1968 race riots in Washington, D.C., the Theatre fell fully into disrepair. In an attempt to revive the Theatre, it was made into two theaters in 1978, but were soon sold to a developer in 1983 with the hopes of restoring the building. Instead, the Lincoln remained untouched for years. When the Lincoln Theatre was placed on the National Register of Historic Places in 1993, the building was given a restoration job, and opened again, putting on plays, screening films, and hosting festivals. However, the Theatre continued to struggle financially. In 2011, the theatre was threatened to be shut down, and in response, a search was conducted to find new management for the Theatre. In 2013, the Theatre was given to management by I.M.P., who currently still manages the Lincoln Theatre. Today, the Lincoln continues to bring fantastic shows to Washington, D.C.