Buckman Tavern is a historic meeting house located at 1 Bedford Street in Lexington, Massachusetts (about 14 miles northwest of Boston). The tavern is located across from the Lexington Battle Green, also known as the Lexington Common National Historic Site. Several dozen members of the Lexington militia met in the Tavern in the early morning hours of April 19, 1775, after Paul Revere famously rode West from Boston to announce the impending arrival of the British soldiers. The tavern is featured in the background of many famous illustrations of the early confrontation. 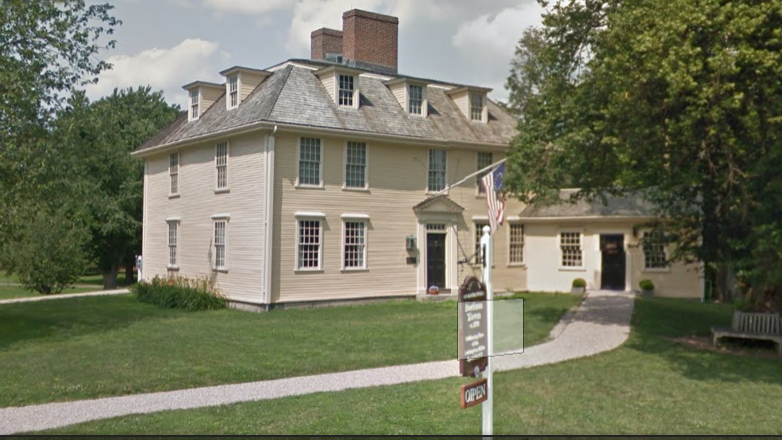 Interior of the Buckman Tavern (Courtesy of the Lexington Historical Society) 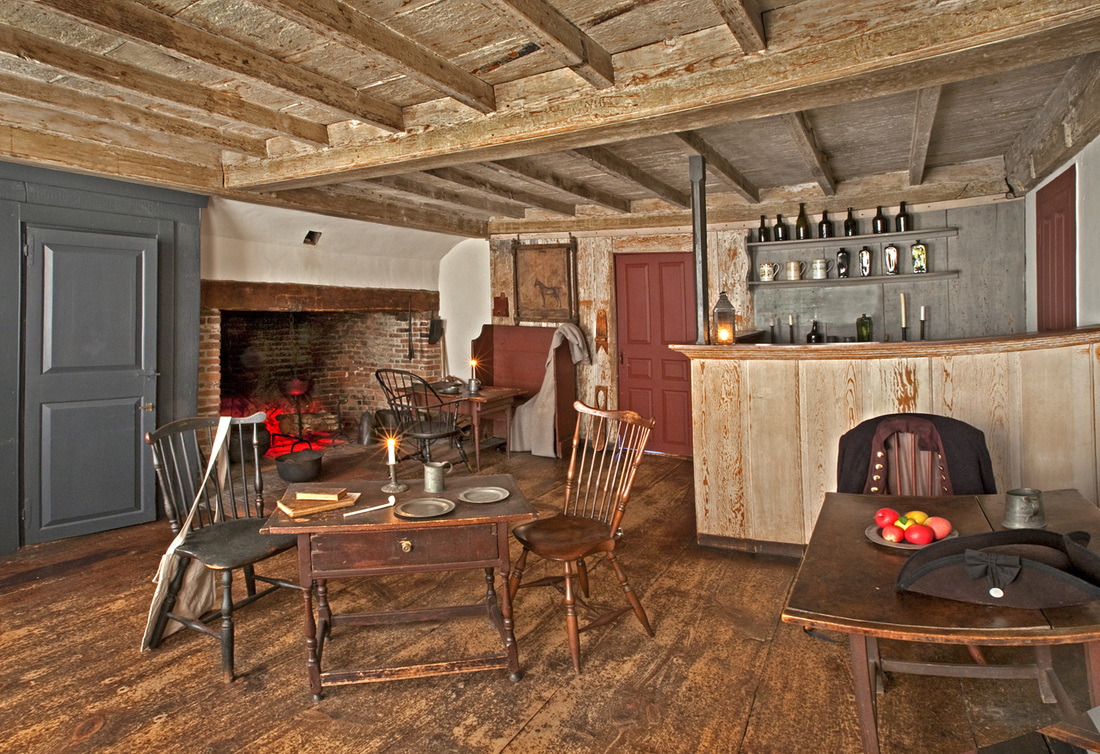 Amos Doolittle's illustration of the Battle on Lexington Green, 1775 (Courtesy of Signs of the Times) 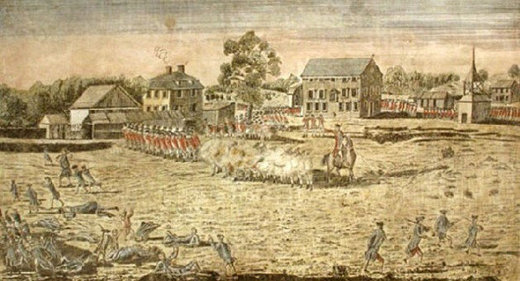 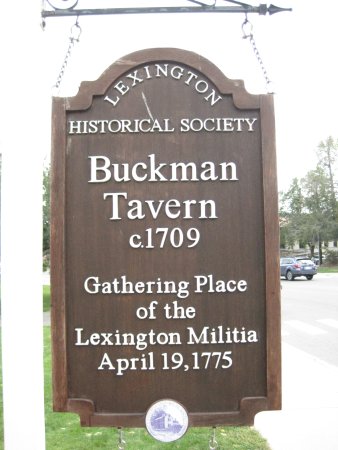 Buckman Tavern is a large, yellow-colored house located on Lexington Green.  It was built in 1690 by Benjamin Muzzey and handed down to his son, who transferred ownership to his own daughter.  Benjamin Muzzey’s granddaughter married John Buckman, and together they ran the tavern during the time when the American patriots were readying themselves for battle against the British soldiers who were occupying the city.  The members of the Lexington Minuteman Company (of which John Buckman himself was a member) would have their meetings in the Tavern and train on the Lexington Green.

In the early morning hours of April 19, 1775, several dozen militiamen gathered in the tavern to wait for the approach of the British troops.  They knew that the British soldiers were traveling from Boston towards Concord, MA and therefore would have to march through Lexington.  They were ready for them.  Two dozen men arranged themselves in two straight lines on the Lexington Green and prepared for battle.  Upon the British troops’ arrival, a signal shot was heard.  One theory claims that the first shot (possibly the “shot heard ‘round the world”) was fired from the inside the historic tavern.   Of course, there are many theories, including one that the “shot heard ‘round the world” as it was written in Ralph Waldo Emerson’s historic poem, was actually the first shot fired in Concord on North Bridge.  Either way, shots were fired on Lexington Green that morning.  The Lexington militia suffered eight casualties and ten more men were wounded.  The British army only recorded one wounded soldier and no deaths.

The Tavern stands in essentially the same condition as it did in 1775.  There was some remodeling done at the property between 1690 and 1775.  By 1913, the Town of Lexington had already acquired nearby historic sites:  the Hancock-Clarke House and the Munroe Tavern.  With the addition of the Buckman Tavern, they added to the triangular historic area around Battle Green.  The Lexington Historical Society was given the task of furnishing the building and making in available to the community for public viewing.  Buckman Tavern was added to the National Register of Historic Places in 1966.  Nearly two hundred years after the historic battle, in 1973, the structure underwent extensive rehabilitation.  The renovations did not change the way that the structure appeared.  Today, Buckman Tavern is maintained by the Lexington Historical Society as a historic house museum and is open daily for self-guided tours. It also serves as headquarters for the Lexington Minute Men, Inc., an organization that perpetuates the traditions of Captain Parker's company.

Noble, Paul and James Perloff. Dark Secrets of the American Revolution: Who Really Fired the 'Shot Heard Round the World'?. Signs of the Times. April 26, 2016. Accessed April 25, 2017. https://www.sott.net/article/317146-Dark-secrets-of-the-American-Revolution-Who-really-fired-the-sho....