Established in 1998 and housed in the former home of businessman and philanthropist Howard Phillips, the Mennello Museum of American Art is located in Loch Haven Park in Orlando, Florida. It is dedicated to preserving, exhibiting, and interpreting American art, including paintings, sculptures, and glass art. Paintings by Earl Cunningham make up the core of its collection. The museum’s namesakes, Marilyn and Michael Mennello, donated these paintings. The museum offers special exhibits, publications, and various programs that celebrate traditional and contemporary American art. The museum also hosts an annual folk art festival.

View inside one of the galleries 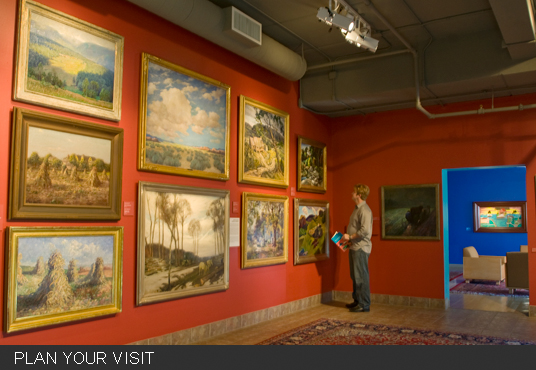 The museum also has a sculpture garden on its grounds 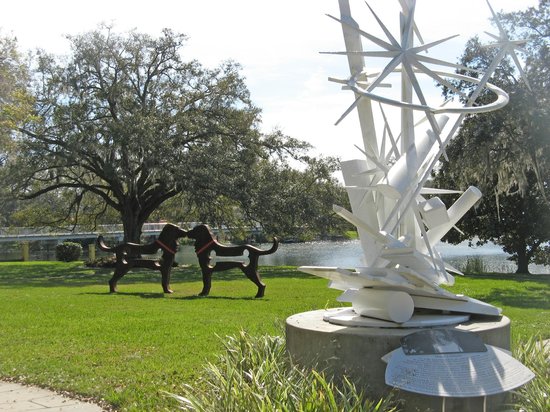 A painting by Earl Cunningham 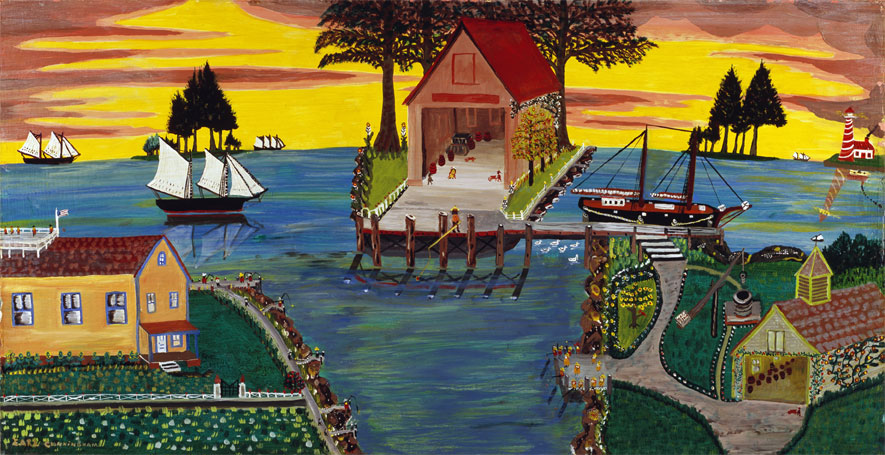 Howard Phillips died in 1979 and was the son of Dr. Philip Philips, who owned a large amount of citrus farmland in Florida. Marilyn Mennello, for whom the museum is in part named, is considered nearly single-handedly responsible for artist Earl Cunningham’s reputation and popularity. Cunningham, who died in 1977, was a self-taught artist. Due to his unique use of vivid color, he is often referred to as an “American Primitive Fauve.” Primitive refers to the fact that he was self-taught. Fauve refers to an art movement that occurred in the early twenty-first century and is characterized by a strong and traditionally strange use of color that ignored any of the characteristics of realism maintained by Impressionism. Interestingly, unlike many other folk artists, none of Cunningham’s works demonstrate any particular or specific religious inspiration.

Perceived by most to be anti-social and even rude or gruff, Cunningham was often said to be entirely unaccommodating and unfriendly. When people came to see his paintings. By 1949, he had settled in St. Augustine, Florida and set up a small curio shop where he created and displayed some of his art. Although he was unaccommodating at first, Marilyn Mennello really believed in the importance of his work and began collecting it. As well as preserving his work through her and her husband’s collection, Marilyn promoted his work through word of mouth. Due largely to Marilyn Mennello’s efforts, after his death in 1977 Cunningham’s work began to receive significant attention. He is now considered one of the most important twentieth-century folk artists. The Metropolitan Museum of Art in New York, the National Museum of American Art, the Smithsonian American Art Museum, and the Abby Aldrich Rockefeller Folk Art Center in Williamsburg, Virginia now all possess pieces of his work.