David Putnam, Jr. was born into a prominent New England family on May 17, 1808. His father, David Putnam, Sr., a graduate of Yale, was one of the first instructors at the Muskingum Academy, one of the first schools in the Northwest Territory. David Putnam, Jr. witnessed slavery firsthand from across the river in Parkersburg, Virginia (now West Virginia). Similar to the experiences of John Stone of Belpre, Ohio, slavery in Parkersburg served as a catalyst for Putnam becoming an abolitionist and conductor on the Underground Railroad. Putnam earned a reputation as a zealous abolitionist helping many runaway slaves escape Virginia through Ohio. The deeds of Putnam caught the attention of many slavers with whom Putnam engaged in physical confrontations at times. Putnam used a variety of methods to conduct his business on the Underground Railroad, he formed working relationships with John Stone of Belpre, Judge Ephraim Cutler, and Judge Thomas Lee.

David and Hannah Putnam, an Underground Railroad plaque dedicated to the Putnams and the house that was at 510 Fort Street, which was torn down to build the nearby bridge. 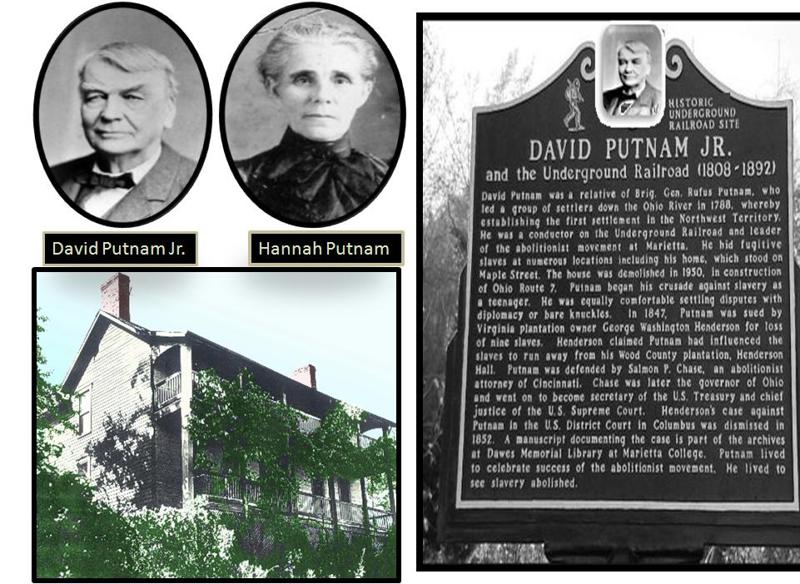 The home of David Putnam, Jr. located at 519 Fort Street in Marietta, Ohio. 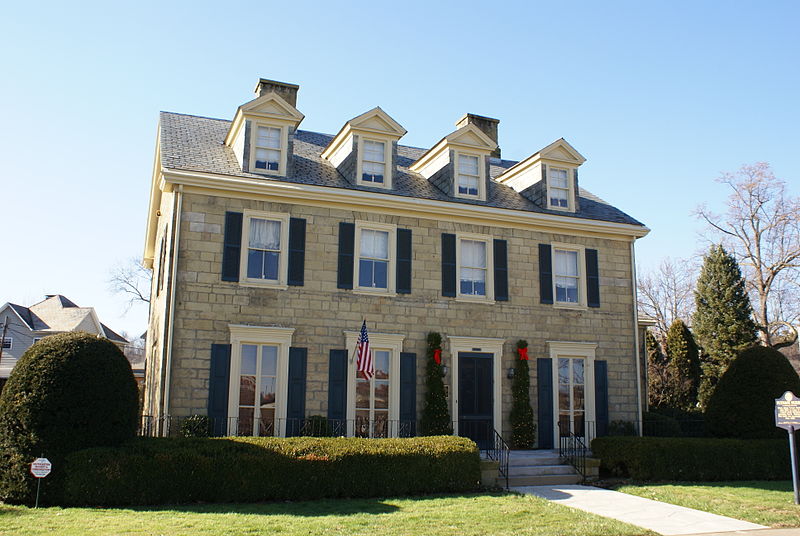 Daniel Putnam, Jr. had a reputation for fighting with slavers and bounty hunters. Historian Wilbur H. Siebert stated in The Mysteries of Ohio’s Underground Railroads: “He was hated across the Ohio and was attacked by roughs when he stepped from a steamboat to the Parkersburg wharf. Being a man of braun and courage, he fought them vigorously till he fell back into the river.”1 Putnam was known for agitating bounty hunters that were looking for fugitive slaves and refusing to let them search his house. Putnam continued to work as a conductor on the Underground Railroad in Washington County, Ohio, forming relationships with other conductors and abolitionists. Colonel John Stone of Belpre, Ohio was a close friend that worked with Putnam. Stone and Putnam covered the thirteen miles between Belpre and Marietta helping runaway slaves get farther north. Putnam was never known to be shy about his anti-slavery disposition, which landed him in some legal troubles in 1847.

In 1847, George Henderson, a slave owner from Parkersburg, Virginia (now West Virginia), sued Putnam, “accusing him of enticing nine of his slaves to run away after they had crossed the river to sell chickens in Marietta.”2 However, by 1852, Henderson’s case against Putnam was dropped due to a lack of jurisdiction. The following year, Henderson filed another suit against Putnam, this time suing Putnam for $10,000. The basis for the second lawsuit derived from a breach of contract between Henderson and his slaves. When the Fugitive Slave Act of 1850 passed, there was no mention of old cases being admissible due to the language of the 1850 legislation. Despite this loophole, Putnam’s lawyer found a witness willing to testify that Henderson’s slaves were still in Virginia, and not in Putnam’s house.