Alongside a large parking lot near Principal Park in an otherwise industrial area by the riverfront, a small cabin marks the birthplace of Des Moines. Although difficult to come across, even for some local citizens, this historic log cabin is a favorite site among many and it details the origins of the city. Erected in 1964 by the Polk County Historical Society, the one-room log cabin is a memorial to the Fort Des Moines No. 2, a U.S. Army post from 1843 that eventually grew into the city of Des Moines. Although the original fort buildings were destroyed, this log cabin from the 1840s was moved from nearby Washington County in 1964. By 1989, the University of Iowa’s Office of the State Archeologist found the site eligible for inclusion into the National Register of Historic Places. Since the 1980s, archaeological excavations around the cabin and its surrounding area would expose both large and small clues further illuminating the city’s rich past.

Historical Marker and Inscription Outside the Cabin 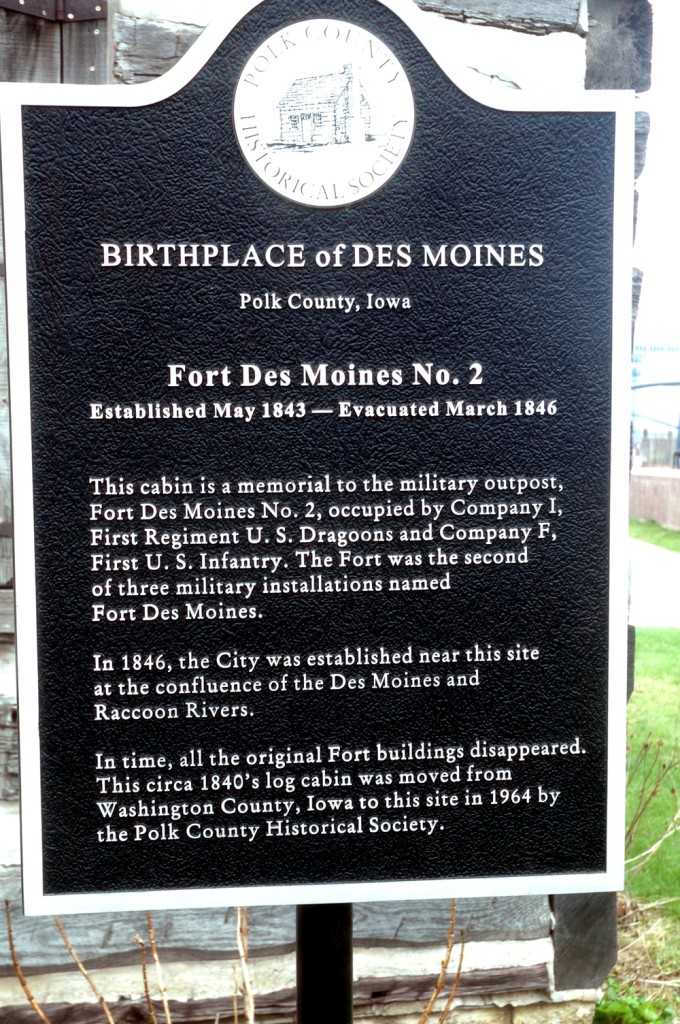 1840s Log Cabin as a Memorial to the Original Fort 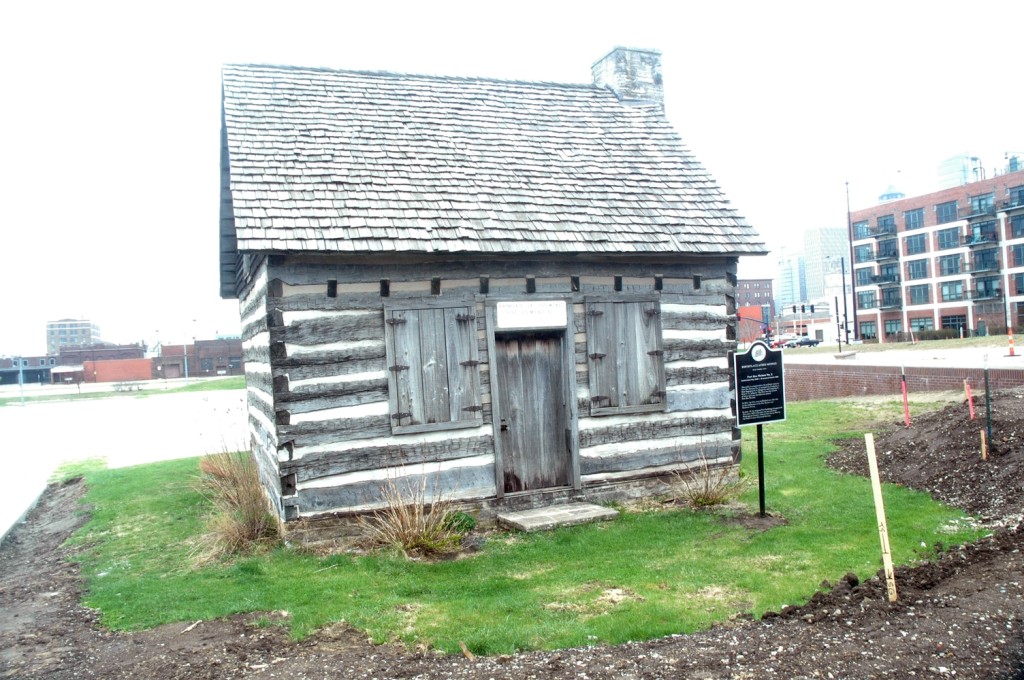 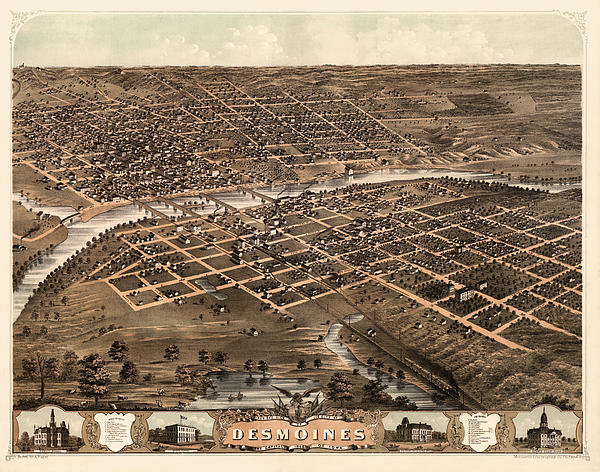 The Founding of Des Moines

The City of Des Moines can trace its history back to 1846, when the U.S. Army established Fort Des Moines No. 2 on the confluence of the Raccoon and Des Moines Rivers. However, recent archaeological finds have shown that Paleo-Indians inhabited the area around 9,000 B.C.

In the 17th and 18th centuries, as many as 18 Indian cultural groups lived in Iowa. As settlers pushed westward in the 1800s, they were sometimes met by hostile Native tribes. Therefore, the U.S. War Department dispatched expeditions to explore the plains region and find beneficial sites for outposts. The first post in Iowa, Fort Des Moines No. 1, was established in 1834 near present-day Montrose, Iowa.

By 1843, under the direction of Captain James Allen of the First Regiment United States Dragoons, the Fort Des Moines No. 2 was built. In the beginning, the fort mostly consisted of simple log structures atop limestone foundations, and the cabins were equipped with brick fireplaces and chimneys ideal for the cold Iowa winters.

With the fort in operation, members of the Company I, First Regiment U. S. Dragoons and Company F First U. S. Infantry undertook periodic patrols to ensure peace with various parties and tribes in the area. After three years of operation, the fort was decommissioned for military purposes in May of 1846.

However, the end of this fort marked the beginning of a city. Later in 1846, Iowa became the 29th state and the Town of Fort Des Moines was platted. In 1853, the town was incorporated, and four years later in 1857, with its name shortened to Des Moines, it became Iowa’s capital.1

Inscription on the Marker

This cabin is a memorial to the military outpost, Fort Des Moines No. 2, occupied by Company I, First Regiment U. S. Dragoons and Company F First U. S. Infantry. The Fort was the second of three military installations named Fort Des Moines.

In 1846, the City was established near this site at the confluence of the Des Moines and Raccoon Rivers.

In time, all the original Fort buildings disappeared. This circa 1840s log cabin was moved from Washington County, Iowa to this site in 1964 by the Polk County Historical Society.2