Fort Dobbs was constructed in 1755 after Governor Arthur Dobbs decided that the settlers in Rowan County, North Carolina needed to be protected from any Native American threats. The building was constructed from logs. After this battle and other attacks by Cherokee warriors on British forts and settlements in the Anglo-Cherokee War, the southern British colonies launched a devastating counterattack against the Cherokee in 1760. 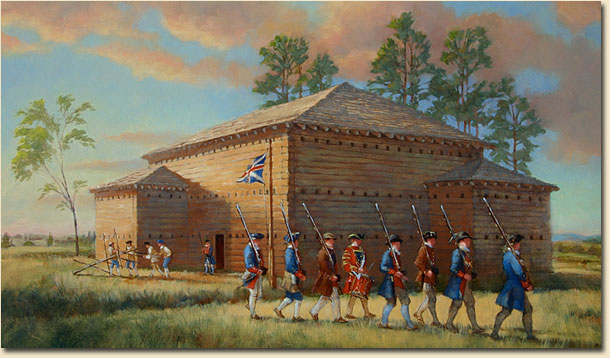 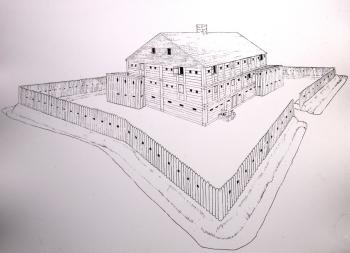 1770 map with location of fort marked 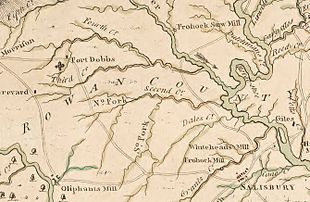 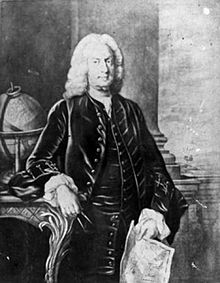 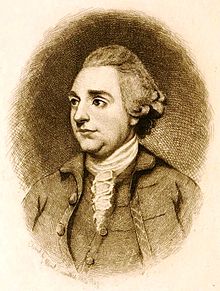 Gov. Arthur Dobbs believed that some of the Native American groups which posed a threat to the western North Carolina counties were the Cherokee, Catawba, Shawnee, and Delaware.  Approximately &pound;10,000 was set aside for the construction of the fort in 1755 by the North Carolina Legislature. Once Fort Dobbs was completed it was the only military command post on the western colonial frontier between Virginia and South Carolina.

Hugh Waddell, a close friend to Governor Dobbs, was the commander of a group of soldiers stationed at Fort Dobbs. In the early years after the construction was complete Fort Dobbs was used mainly as a base for any operations that Waddell's men had to complete. Fort Dobbs was also responsible for conducting diplomacy missions with the native tribesmen in the region. When the French and Indian War started settlers who lived near Fourth Creek Congregation remained semi-close to Fort Dobbs for protection. During the first years of the war, until 1759, there were only two soldiers who still lived in the fort. However, during the later years of the French and Indian War, the Anglo-Cherokee War commenced. It was during these years that Fort Dobbs was responsible for fighting back the advancing Cherokee raids.

The Anglo-Cherokee War started in 1758 when Fort Duquesne was captured by the British and Native American Allies. The governments of South Carolina and Virginia had promised the Cherokee Nation that they would build more fortifications along their native border lands in return for warriors to fight for the British cause. For approximately a year (1759-1760) Cherokee bands attacked communities and settlements along the frontier. With the fall of Fort Duquesne Waddell and his men returned to Fort Dobbs. On the night of February 27, 1760, a group of Cherokee warriors attacked Fort Dobbs, in the sole battle from the French and Indian War. It is believed that ten to thirteen Cherokee warriors were killed and either one or two provincial soldiers were wounded. The Cherokee Indians were able to steal some of the horses that had been kept in Fort Dobbs.

After the end of the French and Indian War and the Anglo-Cherokee War, North Carolina's General Assembly's Committee on Public Claims suggested to Governor Dobbs that everything be removed from the fort in order to keep the government from having to spend more and more money for the upkeep. A mere two years later the fort was completely abandoned.