Founded in 1987, the Carnegie Art Museum in Oxnard, California focuses primarily on art created by California artists. It is an important cultural and arts education center for the city. It contains over 1,500 pieces of art and ethnographic objects comprising of paintings, prints, photographs, and drawings. The majority of the work was created during the 20th century. The museum is housed in the former Oxnard Public Library which was one of the free public libraries in the country partially funded by philanthropist Andrew Carnegie. The building was placed on the National Register of Historic Places in 1971. 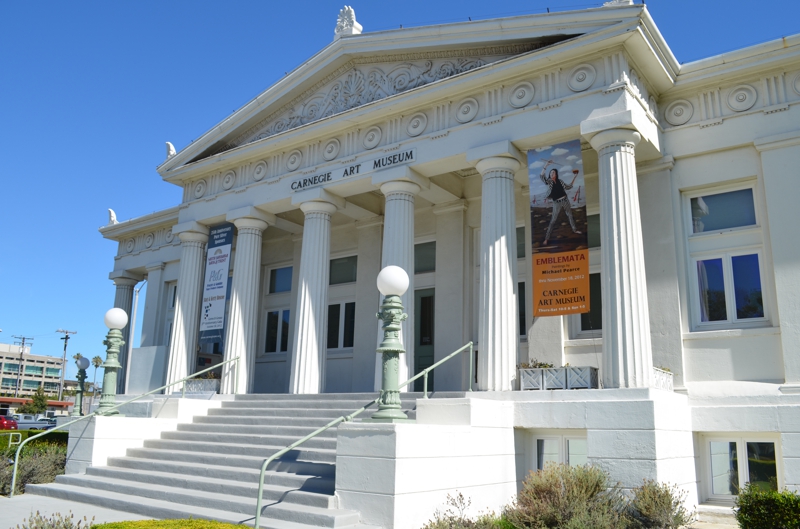 The library was built between 1906 and 1907. Carnegie agreed to pay $10,000. The city decided to construct a larger building, one that would include municipal offices and city hall, and Carnegie agreed to pay additional funds. The building was designed by Franklin P. Burnham in the Neo-Classical style. It was the first building in the county to be placed on the National Register.

A three-story addition was built in 1923 and the building served as the City Hall until 1949 and as a library until 1963. It became the home of the Oxnard Art Club, the Convention and Visitor Bureau, and the Chamber of Commerce. Restorations got underway in 1977 and the building reopened in 1980 as the Cultural Arts Center, which housed the Art Club of Oxnard and the Oxnard Historical Society Museum. The audiovisual portion of the Oxnard Public Library was also housed there. In 1987, the city designated the building as the Carnegie Art Museum.