This museum was established in the mid-1980s and is located at a former training area for special forces units of the United States Navy. The museum includes a variety of monuments and memorials created to honor the history of the Navy SEALs, including one that bears the names of over 280 men who died in the line of service. The exterior of the museum includes a statue known as the Naked Warrior as it depicts a diver who had no weapons or protective clothing. The museum includes exhibits that share the development of the SEALs as a military unit along with special weapons and equipment, canine SEALs, military vehicles, as well as an outdoor obstacle course. 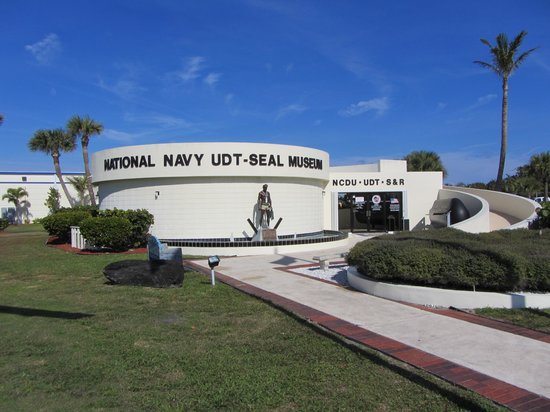 The "Naked Warrior" that stands in front of the museum 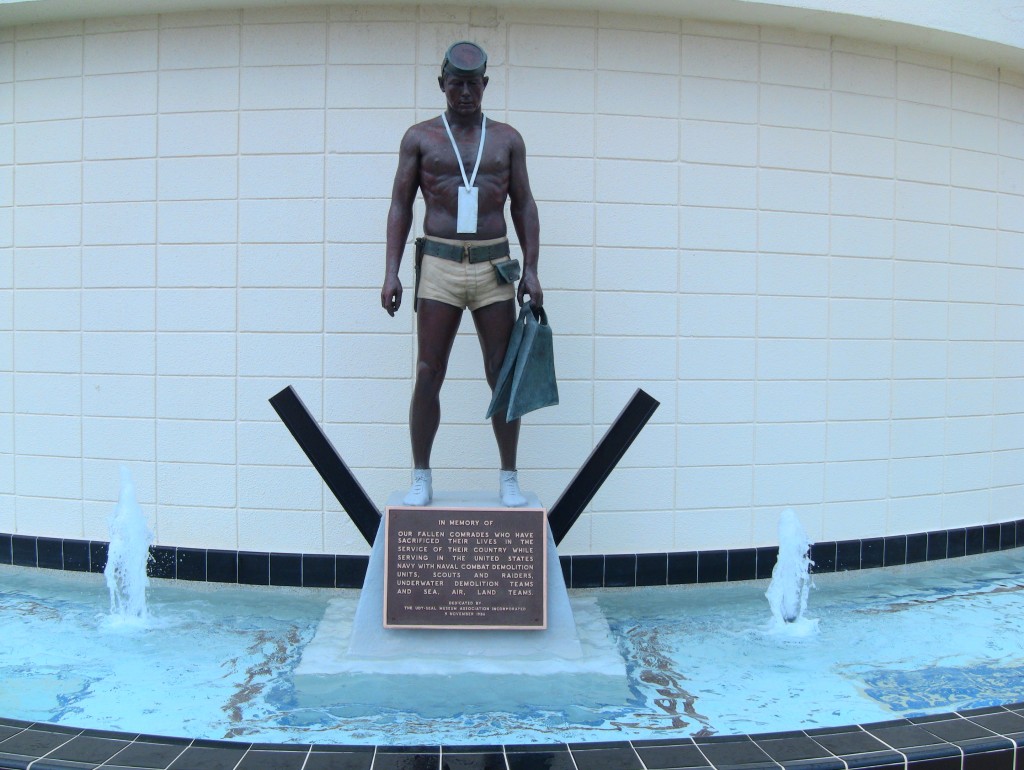 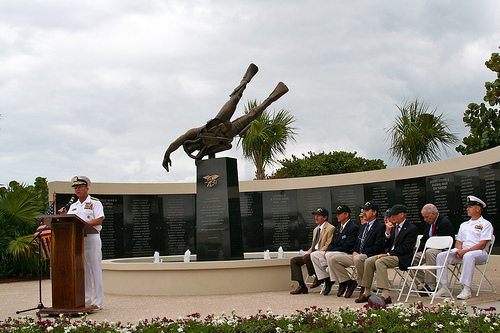 Some of the weapons on display that have been customized and used by Navy SEAL operatives. 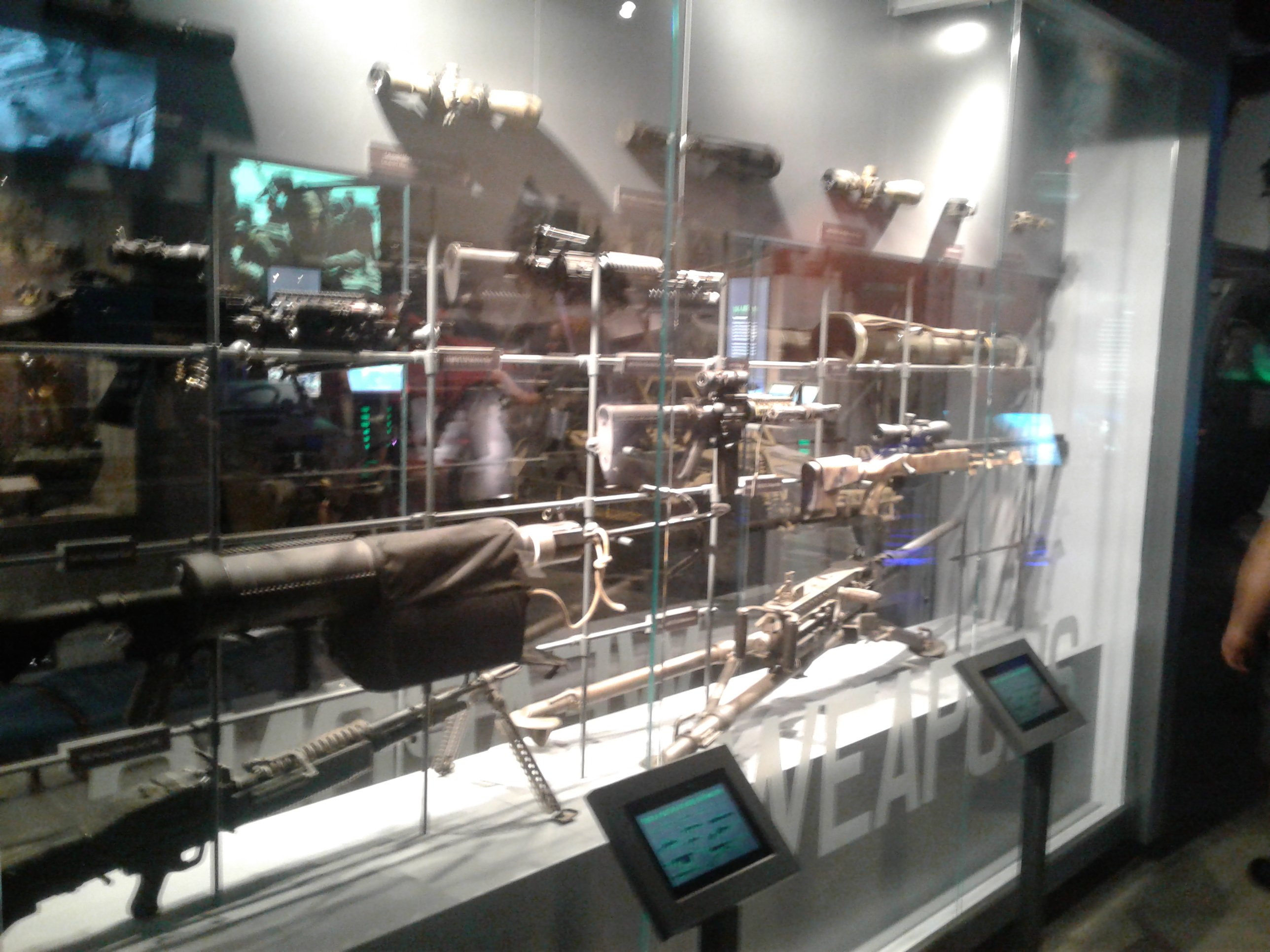 One of the boats on display that had been used by SEAL operatives. 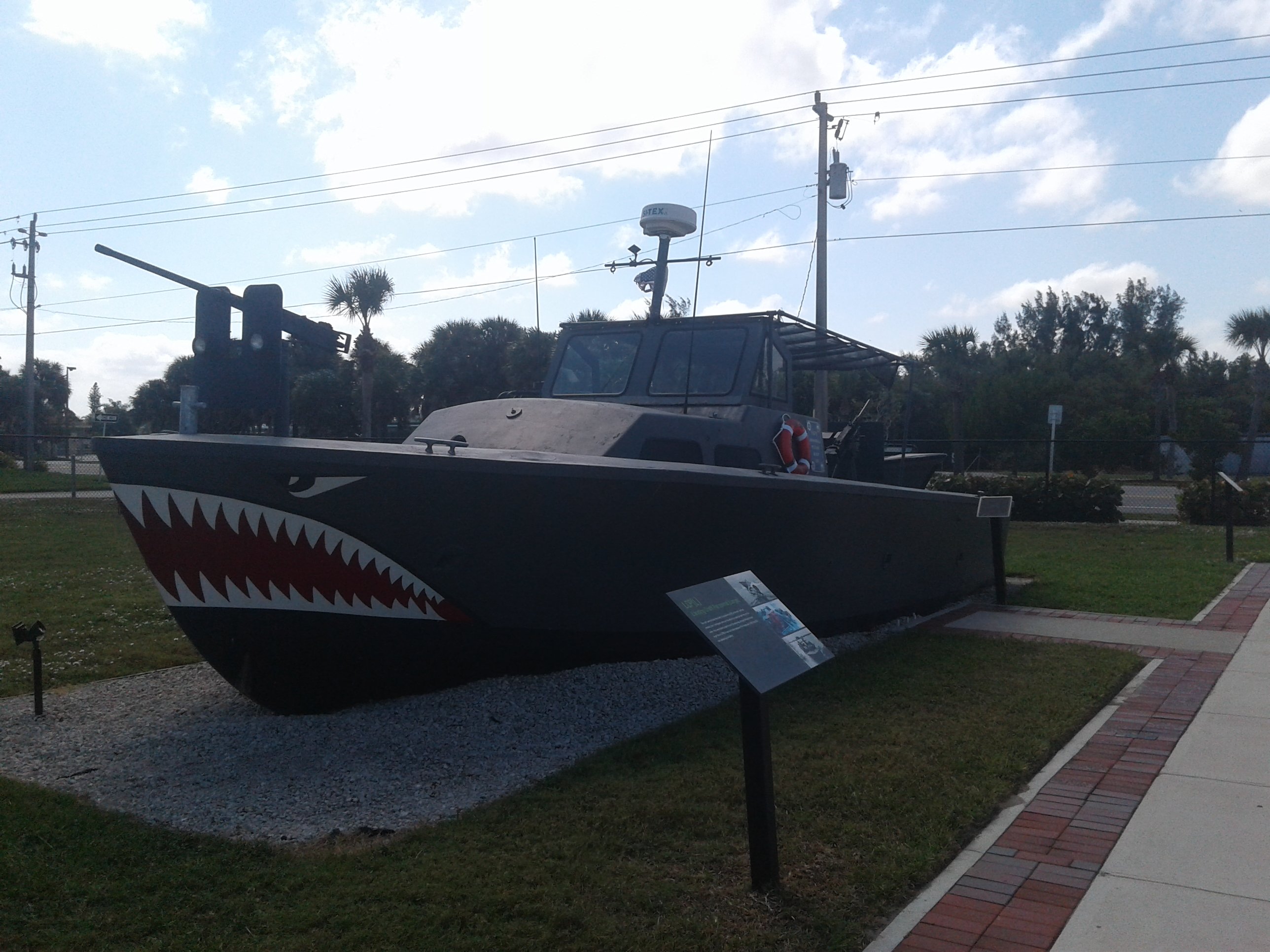 A submarine used for amphibious, reconnaissance, and various other water activities during conflicts used by SEAL operatives. 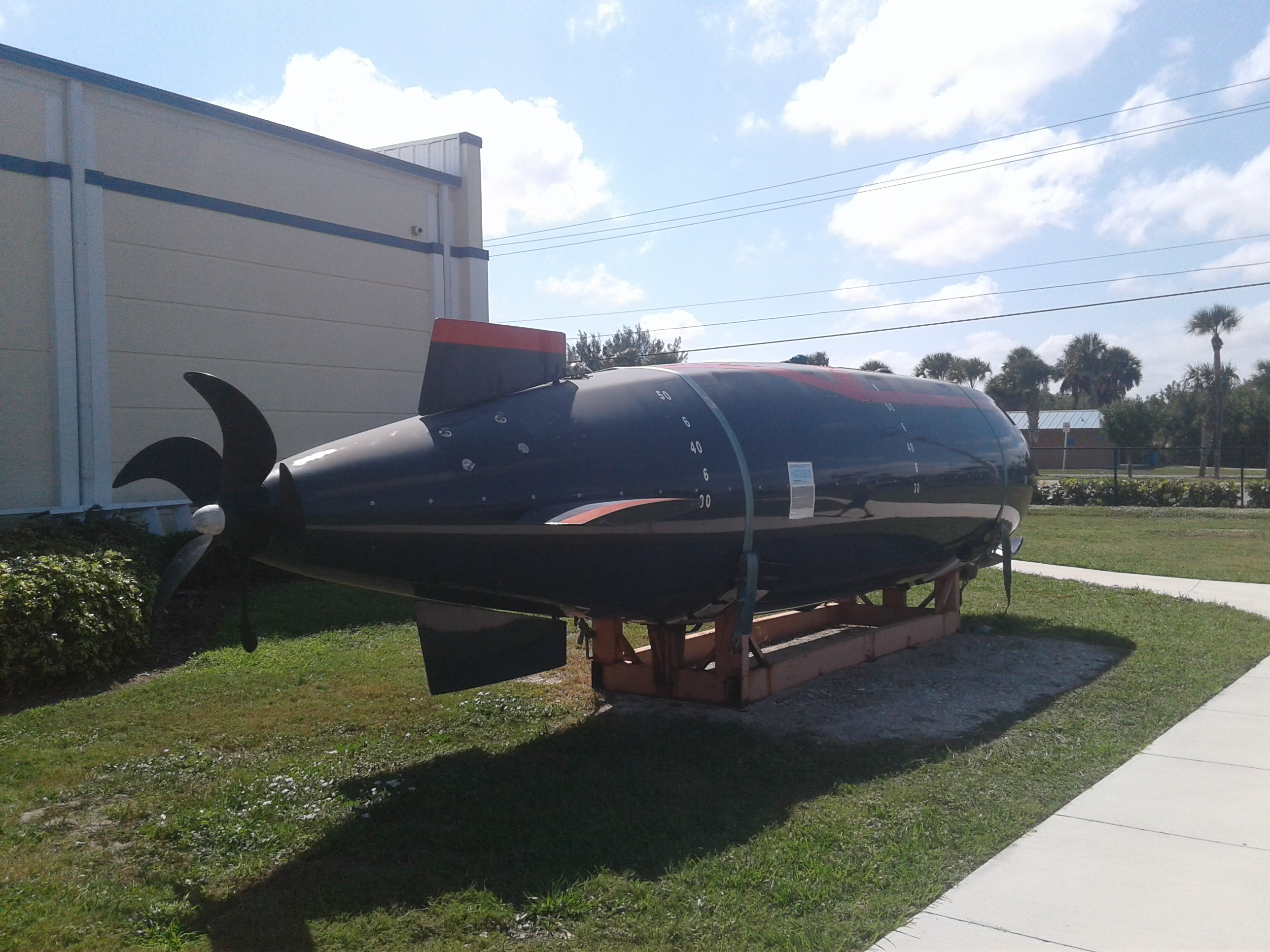 The Obstacle Course on display at the museum for the public to interact with after signing a waiver. 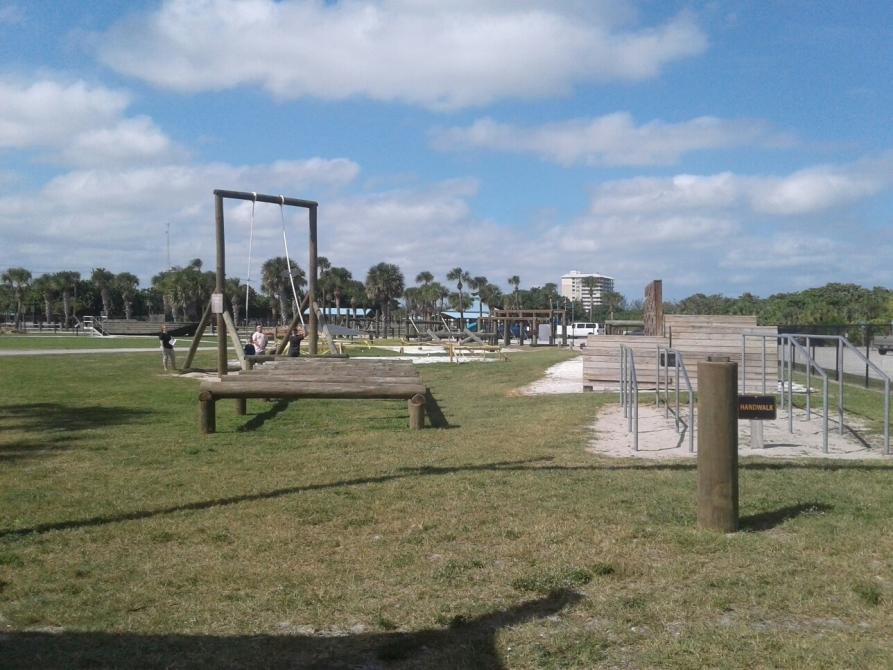 The beach next to the museum, having been used by SEALs for training on the beach and in the sea. 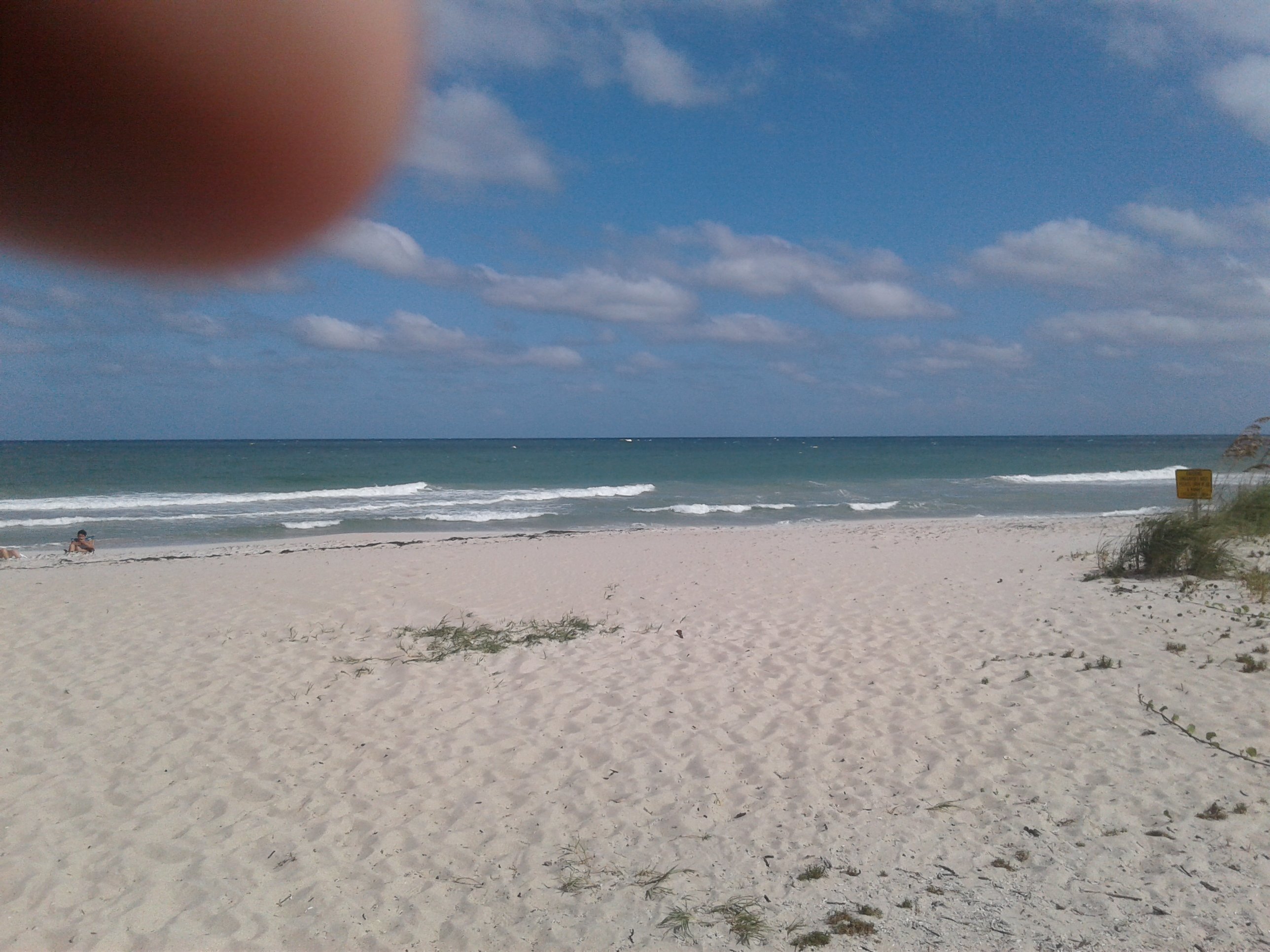 The Navy SEALs were officially established in 1962, but this museum included displays of earlier units and events that led to the creation of this amphibious assault unit. During World War II, the Navy trained specialists in amphibious assault and demolition and raiding tactics in preparation for the liberation of France and the Allies' effort to control Pacific islands. In the Korean War, the Navy continued to train sailors in covert operations, demolition assignments, sabotage, and amphibious assault.

The museum offers exhibits that offer a glimpse into the extreme physical and mental challenges of SEAL training as well as the work that goes into the planning and execution of SEAL missions. The preparation consists of more than 12 months of initial training that includes Basic Underwater Demolition/SEAL BUD/S School, Parachute Jump School, and SEAL Qualification Training (SQT), followed by an additional 18 months of pre-deployment training and intensive specialized training.

The location selected for the museum served as training grounds between 1943 and 1946, offering a variety of opportunities for underwater and surface water activities such as diving or rafting. The museum grounds include a small obstacle course. Visitors can see a variety of statues and static displays of military vehicles on the grounds in addition to weapons such as the customized MacMillan sniper rifle inside of the museum.