Though not the exact site of the Gettysburg Address, this memorial commemorates the speech given by President Abraham Lincoln on November 19, 1863. It is located in the Soldiers National Cemetery in Gettysburg, Pennsylvania. The memorial consists of a bust of Lincoln flanked by two plaques. Lincoln's speech was part of a day-long dedication ceremony at the cemetery, an event that local planners hoped would promote the city of Gettysburg. Although the event's planners anticipated that the event's main event, a two-hour a speech by famed orator Edward Everett would be the highlight of the day, Lincoln's Gettysburg Address would become one of the most cherished well-known speeches in American history. 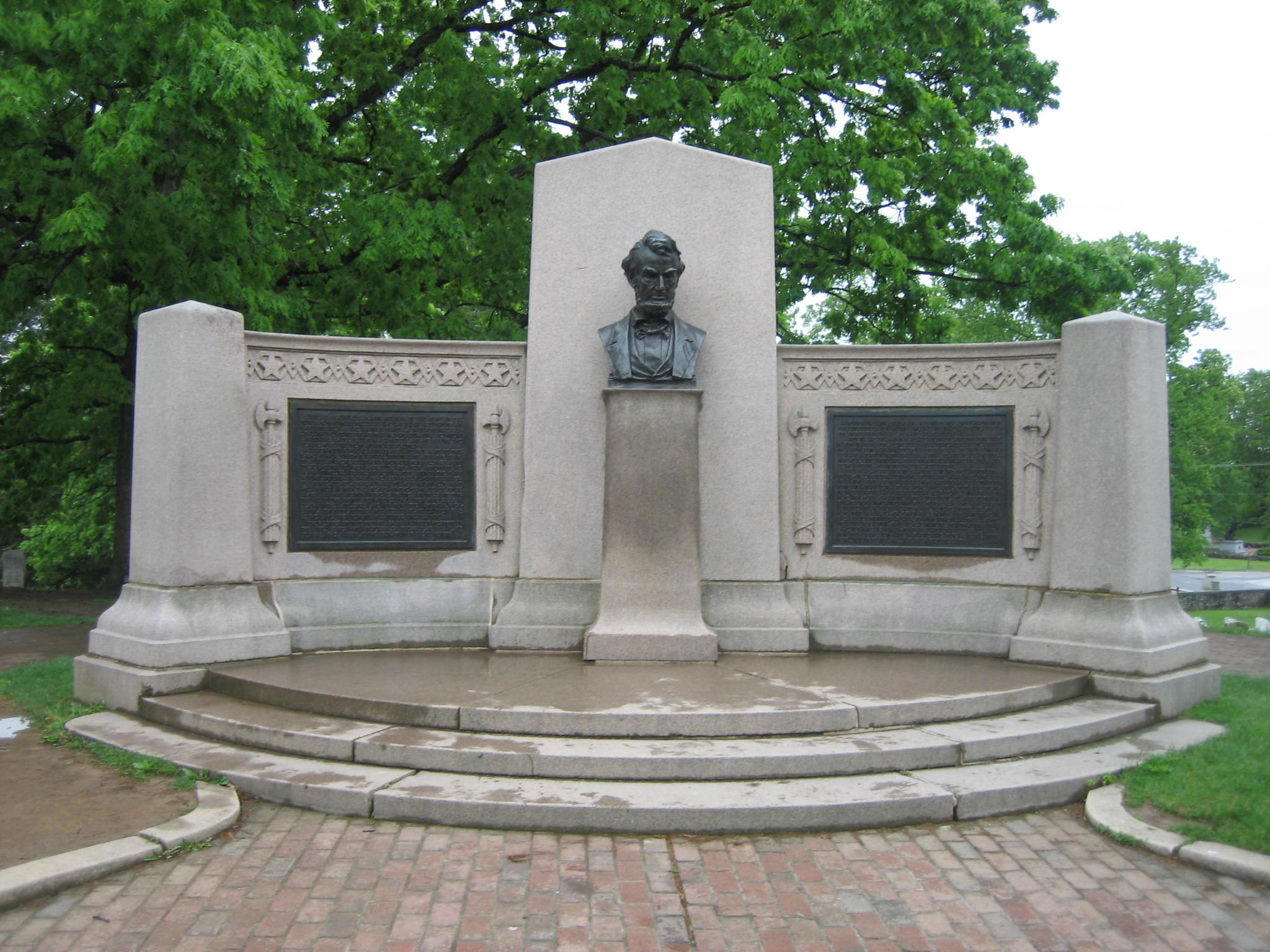 Plaque at Gettysburg Address Memorial clarifying the location of the speech. 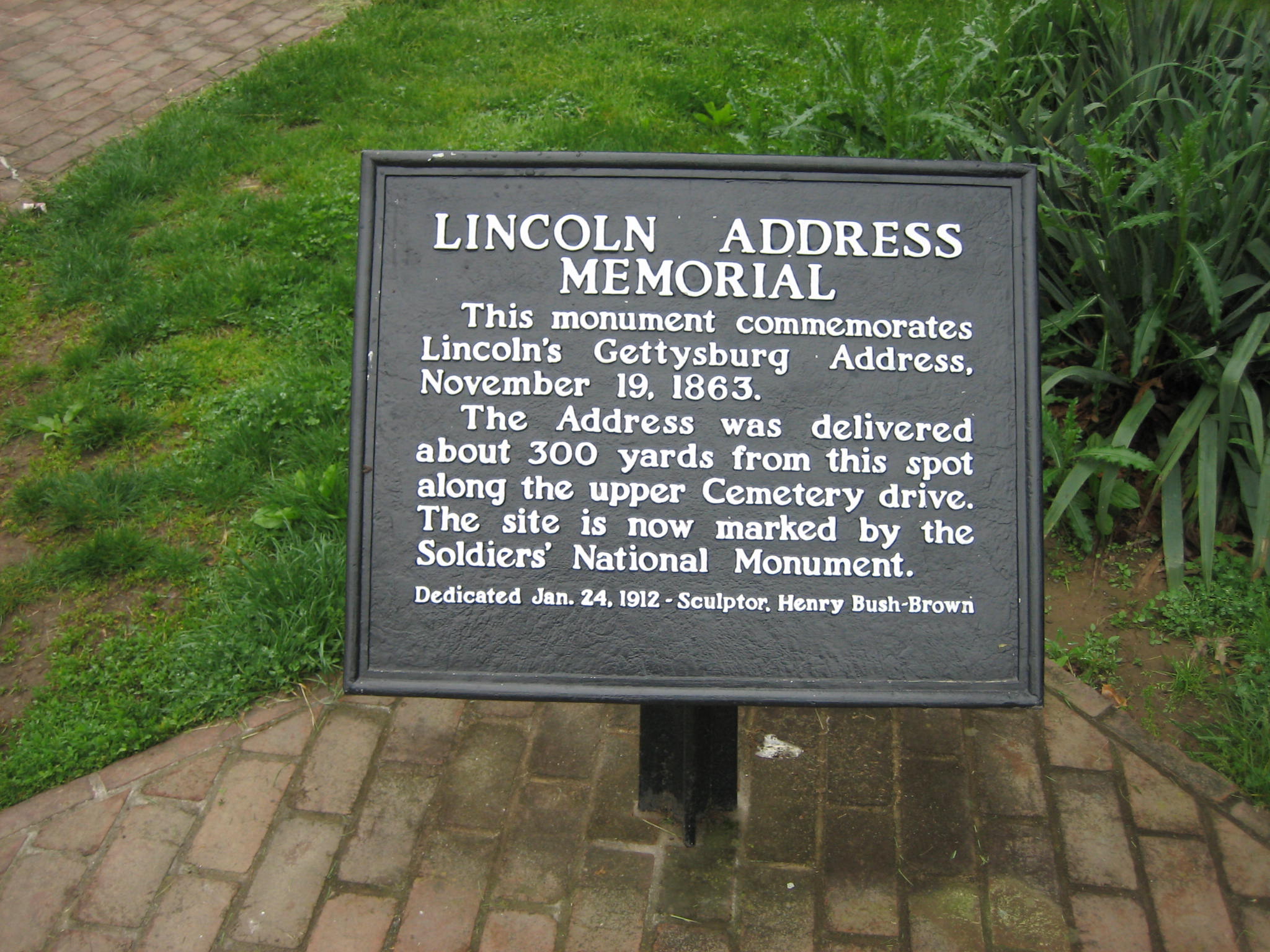 A photo of the dedication ceremony where Lincoln delivered the Gettysburg address. 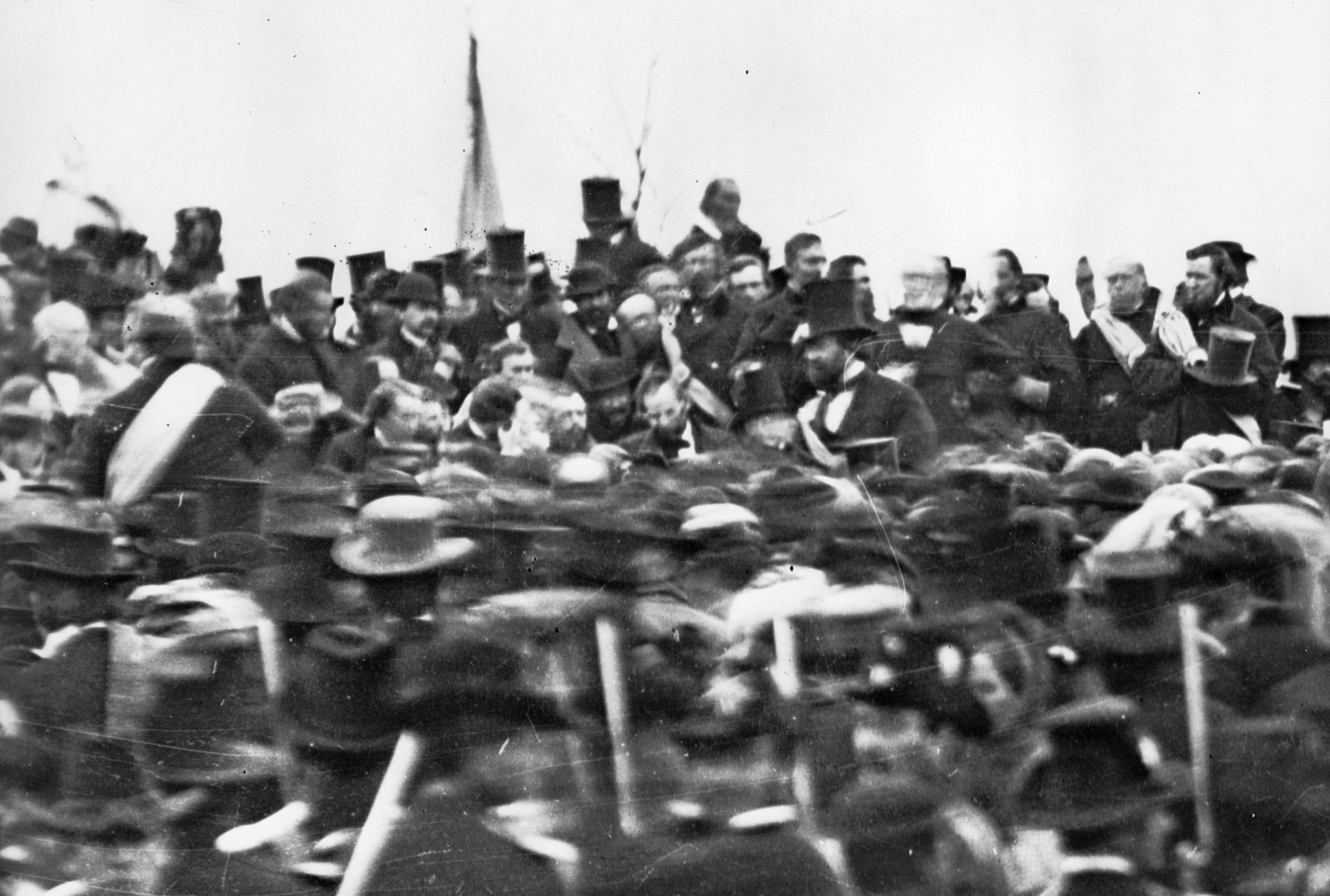 Portrait of Abraham Lincoln by Anthony Berger. Courtesy of the Library of Congress. 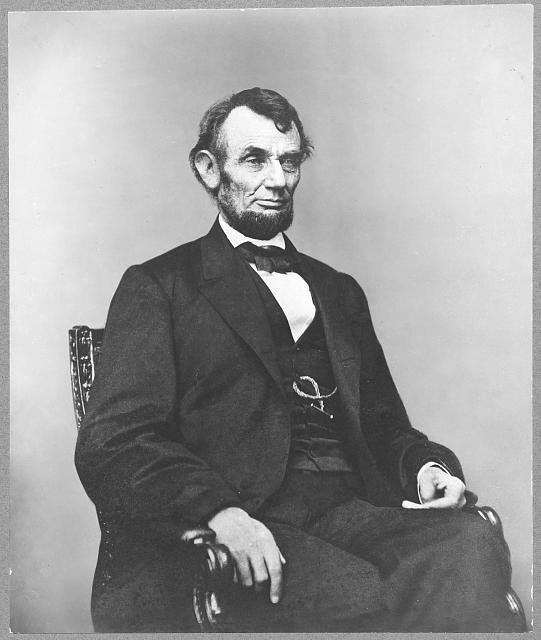 President Lincoln gave his now-famous speech on November 19, 1863, at the dedication of the Soldiers National Cemetery. Lincoln's position as President assured that he would speak last, but he was not the featured speaker. That honor belonged to Edward Everett, a celebrity orator in an era when Americans would travel for miles to hear a great speech. Everett spoke for his allotted two hours, which was followed by the singing of a hymn and Lincoln's short speech.

Unlike the speech Everett gave before him, Lincoln’s Gettysburg Address lasted approximately two minutes and his speech consisted of only ten sentences. The crowd was somewhat shocked by the President's brevity, and most early accounts of the event focused on Everett's speech. In future generations, however, the President's speech would become required reading and even the subject of memorization drills given its brevity and verve.

The bust of Lincoln at this memorial was made by Henry K. Bush-Brown.  In addition to this bust, Brown made the equestrian sculptures of Generals Meade, Reynolds, and Sedgwick that are present at Gettysburg. The memorial is not situated at the exact spot where Lincoln delivered the speech. That location can be discovered by walking around 300 yards north, where there is a small plaque that also commemorates Lincoln's speech.