Museum of Early Trades and Crafts

Trades and crafting predate New Jersey history, and since the earliest settlements arrived in the area, specialized crafting by Western Immigrants helped drive the character into the region. Capturing the long history of trades and crafts practiced in New Jersey, the Museum of Early Trades and Crafts seeks to enhance and showcase an appreciation for the history, culture, and lives of ordinary people who helped develop the area’s industrial and agricultural economies. Visitors of the museum can discover an ever-changing variety of rotating exhibits focused on American and New Jersey history as well as thousands of artifacts, such as agricultural and animal husbandry artifacts, metal and woodworking tools, and items pertaining to family life in New Jersey. Additionally, because the museum is located within the James Library Building (which once housed the Madison Public Library), visitors to the museum can discover a beautiful Richardsonian Romanesque Revival style building. This building’s architectural features includes vaulted ceilings, elaborate fireplaces, and a tower housing a working 1899 Seth Thomas clock.

Outside of the Museum of Early Trades and Crafts 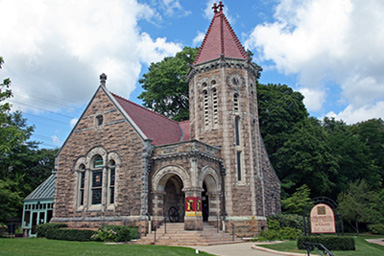 The Madison Room within the James Library Building 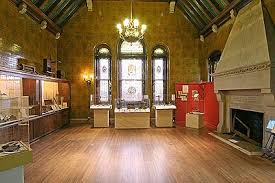 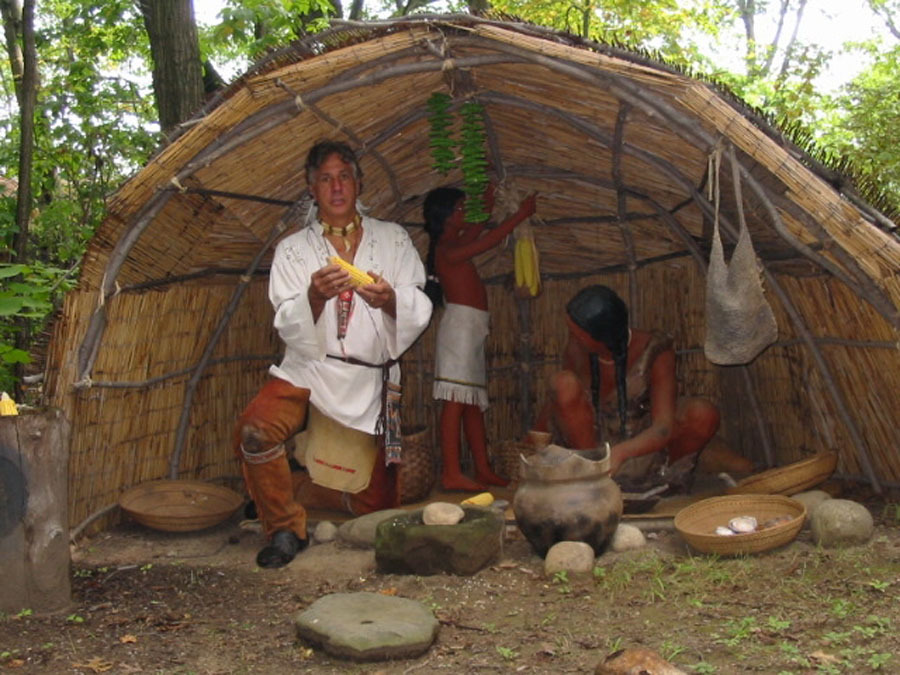 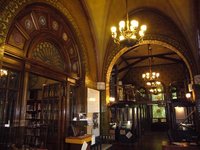 History of the Building and the Museum

The Museum of Early Trades and Crafts dates back to its founding in 1969, though the James Library Building (where it is currently housed), was first built between 1899 and 1900. The Library Building is named after D. Willis James, who originally gave funds for the building’s construction.

For the first 70 years after construction, the James Library Building was the home of the Madison Public Library, and in 1970, Agnes and Edgar Land donated over 8,800 tools and artifacts related to 21 different trades that were once common in New Jersey before the 1860s.

Over the years, through both donations and continued collection from the Lands, the museum gathered thousands of more artifacts and other items, ranging from sundials to personal artifacts and home furnishings.1

Although the museum attracts thousands of heritage and culture enthusiasts every year for its multifaceted collection, the many rotating exhibits at the museum give both locals and newcomers a fresh look into a specific niche in history.

For example, some of the rotating exhibits that have been featured within the museum walls have included “The American Revolution in New Jersey: Where the Battlefront Meets the Homefront,” “From the Tiffany Archives,” “The Cost of a Doctor's Visit,” and many others.

Additionally, the museum’s collection features many different themes that showcase what life was like in early 1800s rural life, such as “Back to School,” “Iron Key,” and “Bee Smokers,” among others.2

When planning a visit to the Museum of Early Trades and Crafts, keep on the lookout for exhibit lectures and special programs sponsored by the museum. Exhibit lectures typically occur on a Sunday, and can include topics ranging from “Slavery and Abolition in Revolutionary NJ” to “Cook Like a Soldier.”3