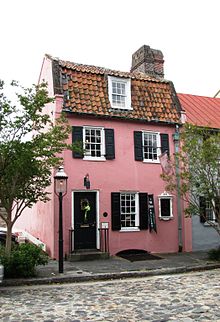 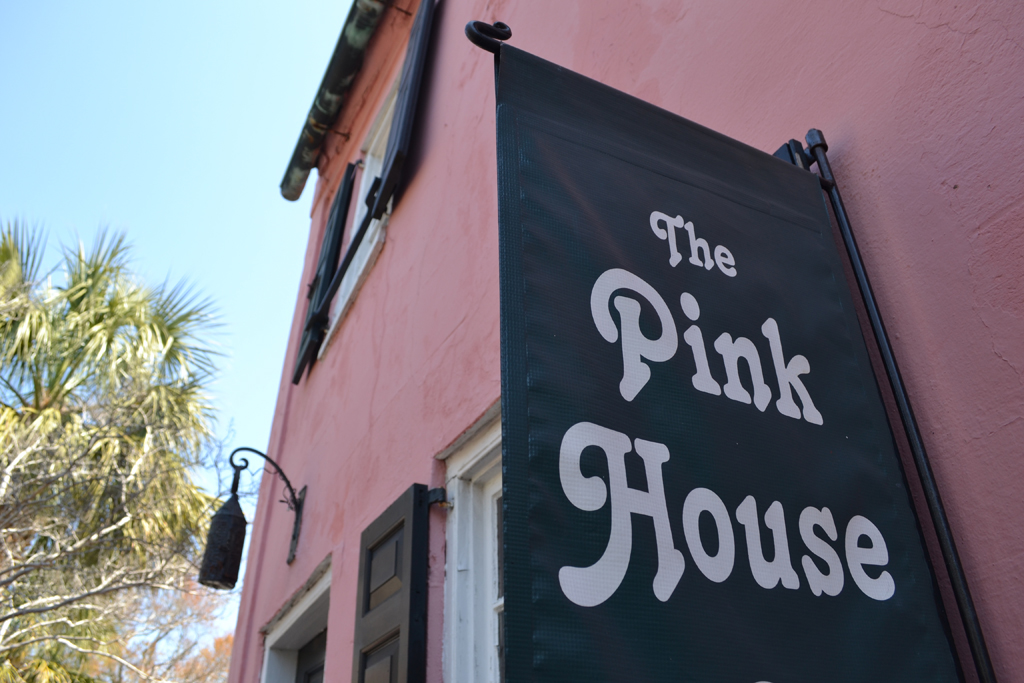 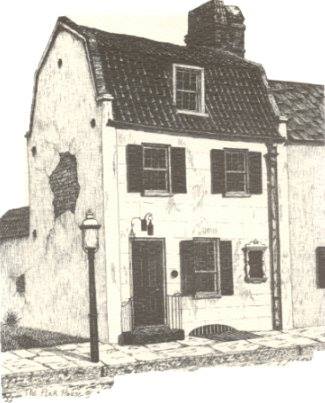 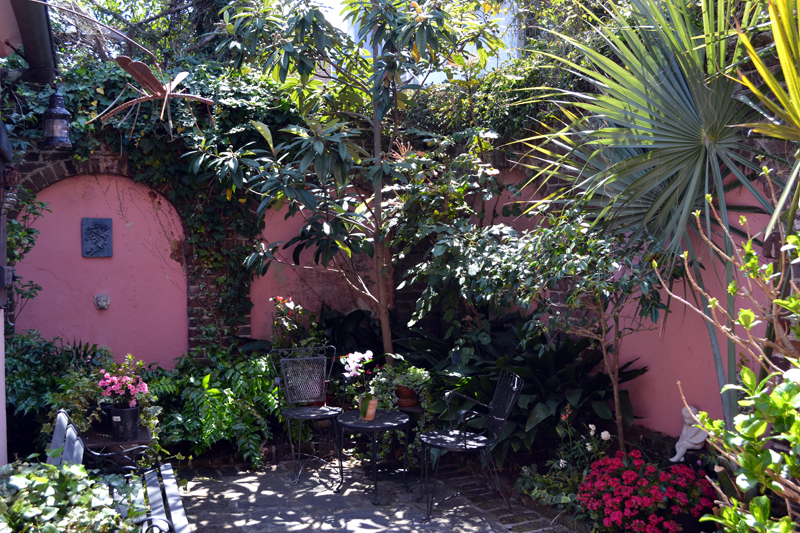 The Pink House Gallery is one of the oldest remaining buildings in Charleston and the state of South Carolina. The building’s first purpose was a tavern. In its earliest years, the surrounding area served as a red light district for merchants, shipmen, and sailors. It is proposed that the top floor of this building served as a brothel during the tavern years, something not uncommon during that time. While the area is now a quaint and charming neighborhood comprised primarily of families, it was very different then.

Over the remaining centuries, the building would serve many different roles. After the 1800’s it hosted a publishing company, law offices, and art galleries. Famous Charleston painter Alice Ravenel Huger Smith even considered the building her personal workshop in the late 1900’s. Since then it has been sold to another local artist, who on occasion allows visitors into the home to view the area and visit the charming courtyard. The Pink House Gallery currently features the artwork of Nacy Wycoff Rushing, Detta Cutting Zimmerman, and Alice Stewart Grimsley.

The date of original construction is said to have taken place between 1690's. The home was built by John Breton, who used coral Bermuda stone to construct the building. The tiled roof is original terra cotta tile of an ancient vintage. The stone is soft enough to be cut into blocks and then when exposed to weather, it gradually hardens and becomes stronger. Its elasticity was proved in the great earthquake on 1886 when nearby brick structures suffered damage. While coral Bermuda stone is naturally pink tinted, the home has since been painted over, however, the hue reflects its original appearance. The Pink House also was one of the few buildings in Charleston to survive 1989's Hurricane Hugo virtually unscathed.

The building construction is unique compared to others of similar age and history. The building consists of just three large rooms per floor, sized at 13x13 each. Each room is adorned with a large fireplace, and an open staircase leading to the next floor. The home also possesses a gambrel roof, which is a unique feature at this time.