Established in 1855, the South Carolina Historical Society museum and archives houses the largest collection of private historical documents in the state. Additionally, the collection and administration is housed in the historic Robert Mills Fireproof Building. Built in 1872, the building itself is historically significant. At the time of its completion, the Fireproof Building was the only one of it's kind in the entire country.

The South Carolina Historical Society was founded in 1855 and is located in the historic Fireproof Building, which was built in 1872. 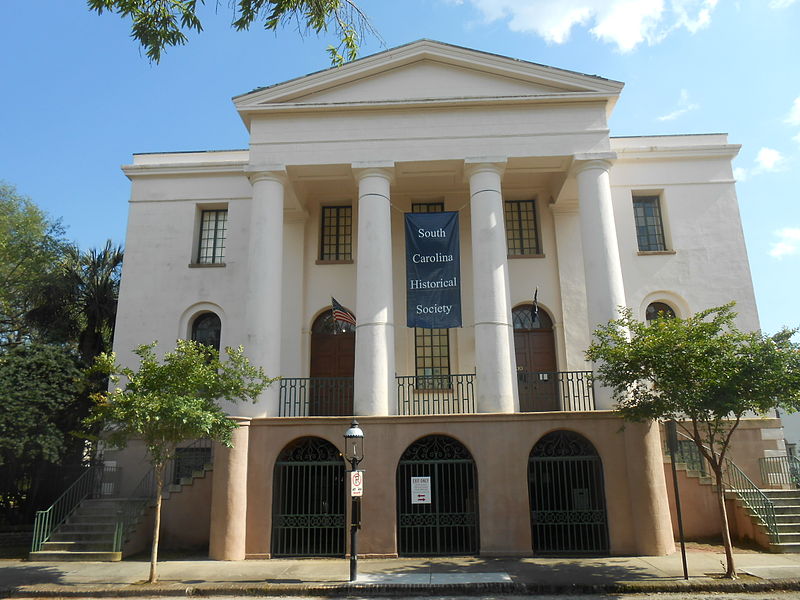 South Carolina Historical Society is a private foundation, started in 1855 by a group "distinguished" South Carolina citizens, with intentions of preserving the local history.  Since that time, the collection has continued to amass an array of historical artifacts for display, public usage, and preservation.

Today the museum and adjoined archives serves as the oldest private collection of "books, letters, journals, maps, drawings and photographs" in the state. These collections contain records from the pre-colonial period to the present, including both personal and public documents.  Additionally, the historical society also owns one of the nation's largest collections of Confederate imprints.

The building that houses the society is the Robert Mills Fireproof Building. Built in in 1872, the building itself is a historical artifact. Robert Mills was the first professional architect born and trained in the United States. Robert Mills worked with President Andrew Jackson and was responsible for designing many important buildings in Washington D.C. One of the most well-known Mills designed buildings is the Washington Monument.

Mills designed the Fireproof building to live up to its name. It was specifically created to protect sensitive and valuable state documents.  At the time of its completion, the Fireproof Building was the only one of it's kind in the entire country. It was added to the National Historic Landmark registry in 1973.

"About Us." South Carolina Historical Society. Accessed May 28, 2015. http://schistory.org/who-we-are.