Brotherton Cabin is one of three cabins located on the Chickamauga battlefield. The cabin was located in one of the areas of heavy fighting and was used to care for the wounded during and after the battle. The cabin has been preserved by the National Park Service. 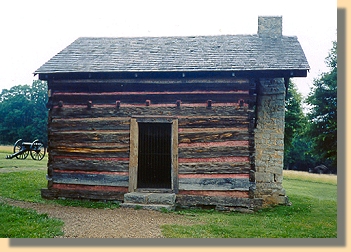 Brotherton Cabin is located on the Chickamauga Battlefield. On September 20, 1863, Lieutenant General James Longstreet moved his men into this area to take advantage of a weak part of the Union forces. The cabin had been the home of Tom Brotherton.  Brotherton joined the Confederate Army and Longstreet used his knowledge of the area to guide Longstreet's men through the thick woodland.