The Heritage House is a historic home located in Riverside, California. It was built in 1891 by citrus grower James Bettner and designed by architect John H. Walls in the Queen Anne style. It was a typical affluent Victorian era home of the time and it is one of the last homes of its style remaining on the street. It is owned and operated by the Riverside Metropolitan Museum, which also owns another historic home, the Harada House. The Heritage House was placed on the National Register of Historic Places in 1973. 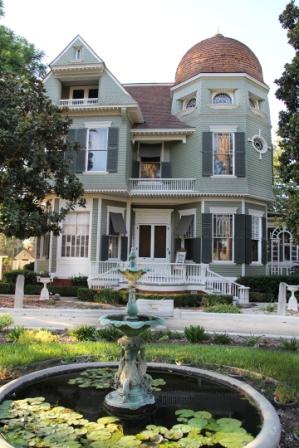 James Bettner was a leader in the early citrus growing industry. The house is significant with its association with that industry as well as the fact that it is representative of the city's history and culture in the Victorian era. There does not appear to be much information about the house's history after it was built but the Riverside Museum Associates, a private group established to support the Riverside Metropolitan Museum, purchased it in 1969 and begun a long restoration effort. Today, the house is open for tours.