Drovers Inn was built in 1844 by Ransom Baty Sr. for John and Jacob Rounds. The inn replaced the former Rounds Turnpike Tavern. Drovers opened in March 1845 with a polka ball in the second floor ballroom to celebrate the inauguration of President James K. Polk.

Image of Drovers Inn from 1876 Atlas 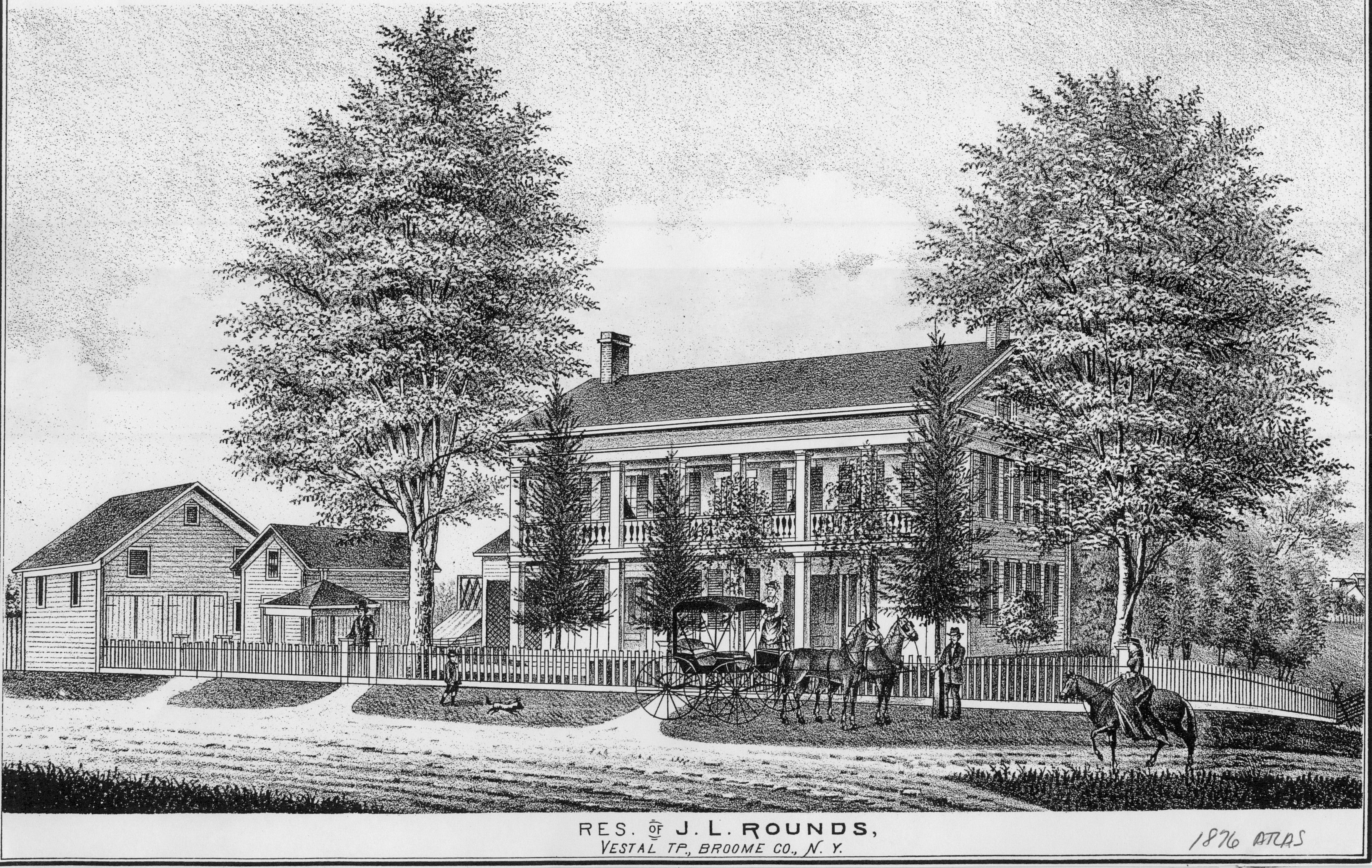 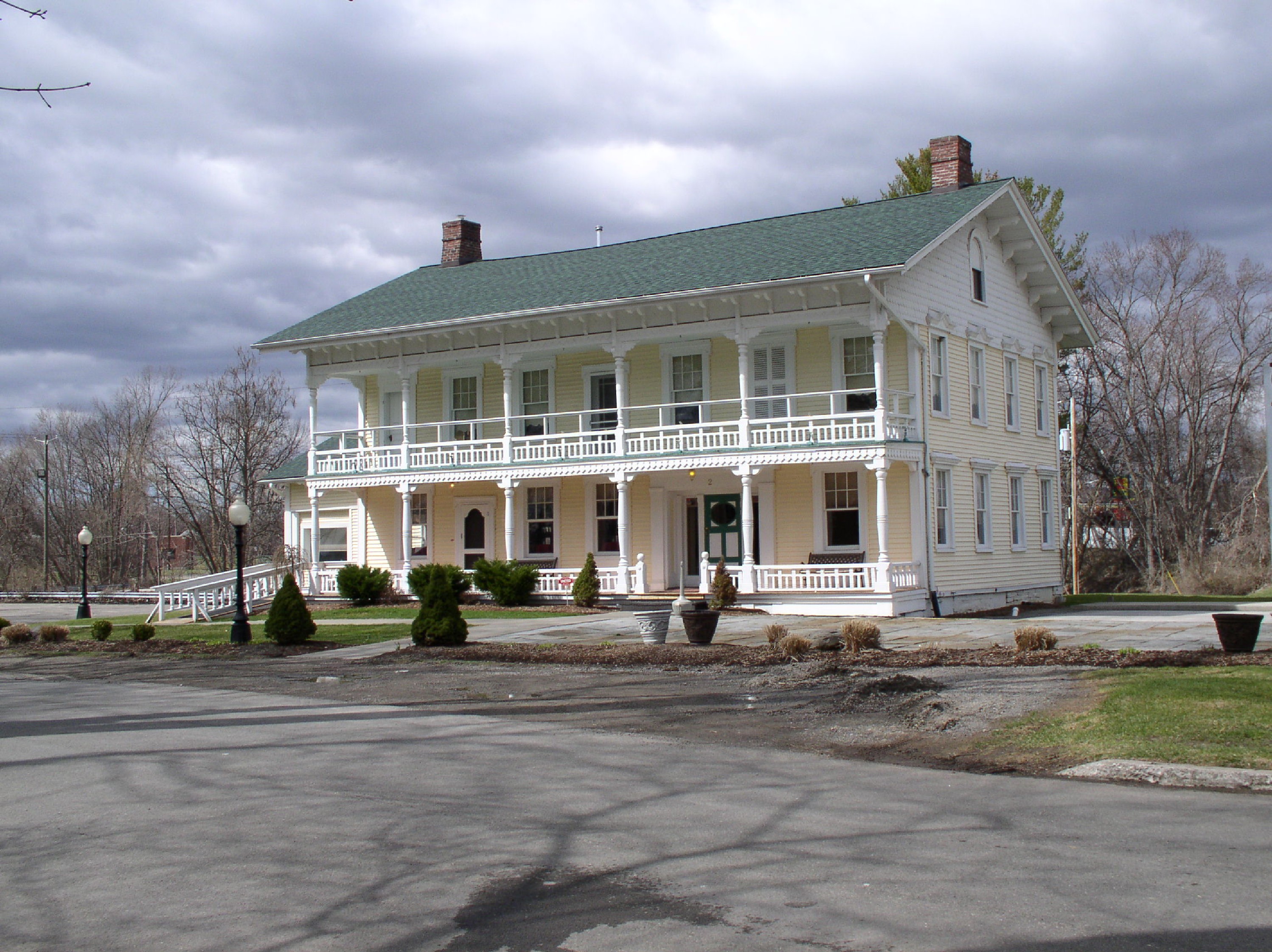 Lively political conversations were said to have regularly occurred at the bar. Livestock drovers stopped at the inn for food and lodging. In 1855 it was converted to a private home for Jacob and Amanda Crandall Rounds.  The ballroom was divided into bedrooms for their four children while the bar area became their living room.  The former inn was occupied by Rounds descendants until 1931.  Over the years Drovers has been a funeral home, apartments, and two different restaurants.  It is now the home of Prestige Portraits.