As an architectural landmark that took more than 30 years to complete and cost $3,200,588.92 over a century ago, the Kansas State Capitol stands out even among state capitols. The beautiful copper dome (which is taller than the dome of the U.S. Capitol building in Washington, D.C.) and the Ad Astra statue, which stands atop the dome, are visible even from distances in Topeka. Built between 1866 and 1903, visitors to the statehouse will find both a window into the past and a chance to see the current state government at work. 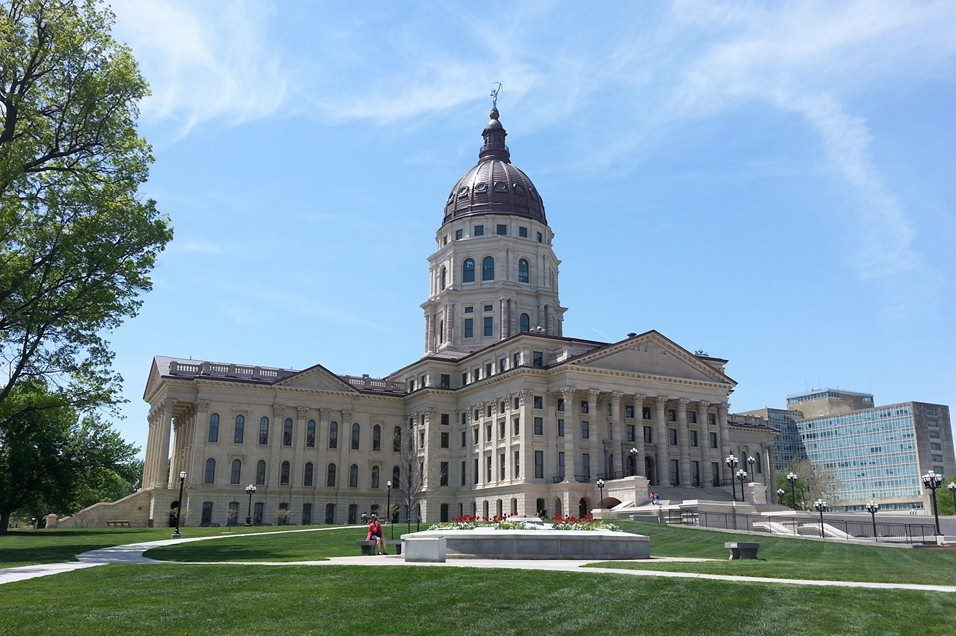 The rotunda inside the State Capitol 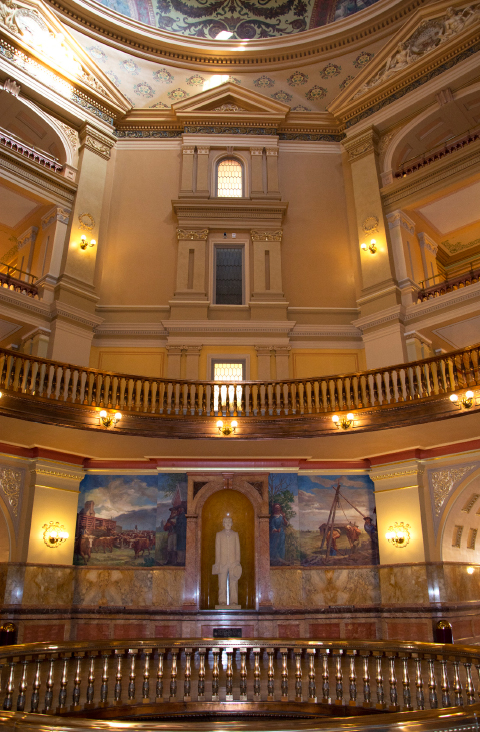 On February 14, 1866, Governor Samuel Crawford signed House Bill 34 "An Act Providing for the Erection of the Statehouse" into law. The statehouse committee chose Kansas resident, John G. Haskell, as the architect for the new undertaking, and work began within the year. On October 17, 1866, builders laid the cornerstone for the East Wing of the statehouse.

Unfortunately, one initial problem Haskell had was finding appropriately hard limestone. The original cornerstone and foundations did not harden sufficient, and a harsh winter in 1867 led to the total destruction of the cornerstone and foundation. Thankfully harder limestone from Geary County was found to replace the original, and all future limestone used was a harder variety that could stand up against the winters.

Even while construction took nearly forty years to complete, the building was in use by lawmakers and the governor for most of that time. Starting in 1869, state offices were moved into the unfinished east wing, and the legislature held its first sessions in the new capitol in 1870. The east wing was finished in 1873 (with three years of lawmakers enduring the sounds of construction while they worked). After that, construction moved to the west wing, which was completed in 1881. The north and south ends, as well as the dome and entire capitol, were finally completed in 1903, at a total staggering cost of $3,200,588.92.

The statue of the Kaw warrior, which can be seen on top of the dome today, was not added until 2002. It took over a century of debate to determine what statue ought to stand on top of the dome and to appropriate the funds for the statue. The original 1889 plan of placing a bronze sculpture of the Roman goddess Ceres on top changed in 1984, when the budget for finally providing for a statute, stipulated that the statue could not be a god or goddess. Finally, in the late 1980s, after a fierce competition, the Kansa warrior design was chosen to commemorate Kansas' Native American heritage and was given the name "Ad Astra," which comes from the state motto: "Ad astra per aspera" or ""to the stars through difficulties."