Located in the former Central Fire Station No. 1, the San Antonio Fire Museum's mission is to show how firefighting evolved from the 19th century to today. It is operated by the San Antonio Fire Museum Society, which is comprised of all volunteers. The museum features antique equipment and trucks, photographs, documents and photographs, a small theater that shows a short film about fire fighting, and even replica fire fighting gear that children can try on.

Two of the antique fire trucks at the museum, which opened in 2013. 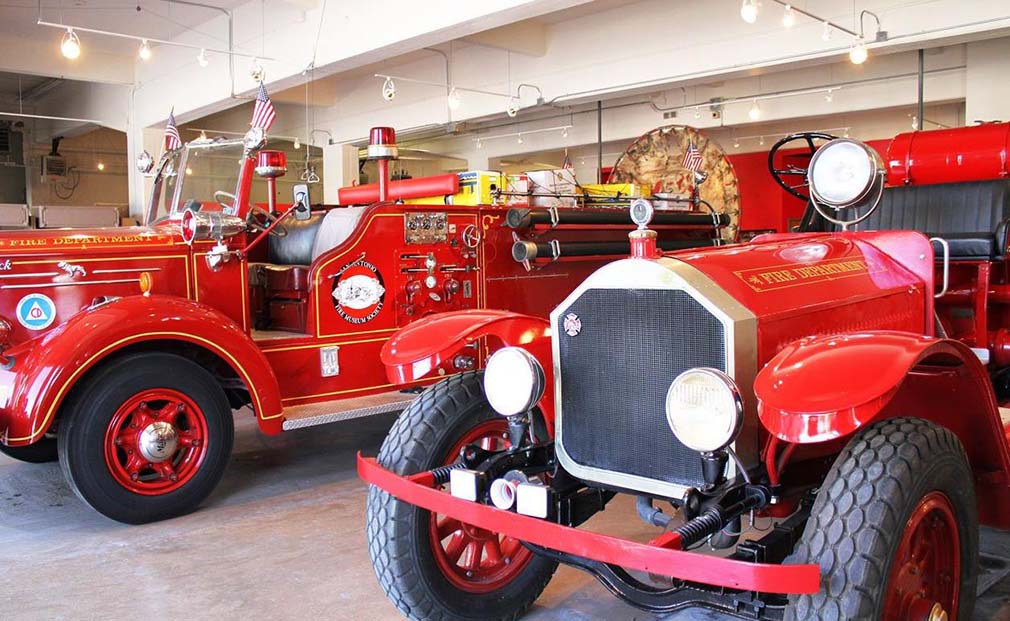 The museum was founded in 1997 however it did not open until 2013. Another interesting aspect discussed in the museum is the history of Black fire fighters. In 1888 an all Black brigade requested funding but was denied. As a result the city did not have any Black fire fighters for 70 years. Today the fire chief is Black and Blacks comprise about 25% of the fire fighting force.