Located near the banks of the South Branch of the Raritan River in Clinton, the Hunterdon Art Museum showcases an elegant combination of history and art, where visitors can discover the connections between contemporary art, craft, and design. Through interactive exhibits and a profound permanent collection that features the likes of Mark DiSuvero and acclaimed sculptor Tom Otterness, this museum seeks to educate, inspire, and challenge its visitors. The Hunterdon Art Museum continually offers classes to the public, and its variety of rotating exhibits makes every trip to the museum a little different. However, visitors can always enjoy the museum’s beautiful surroundings as well as its historic 1763 stone mill building. This building was supposedly a wheat grinder for General George Washington’s revolutionary army during its encampment in Morristown, and it is listed on the National Register of Historic Places.

Outside the Hunterdon Art Museum 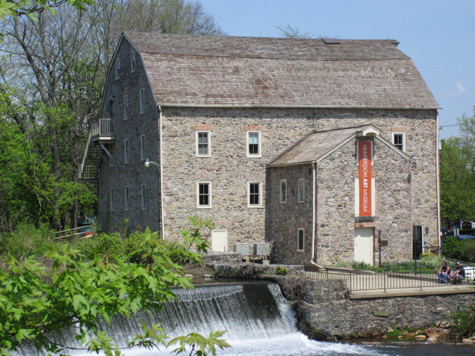 Founders of the Hunterdon Art Museum 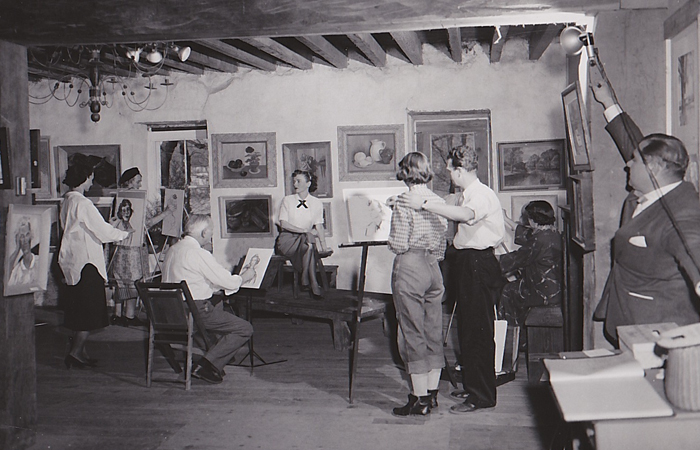 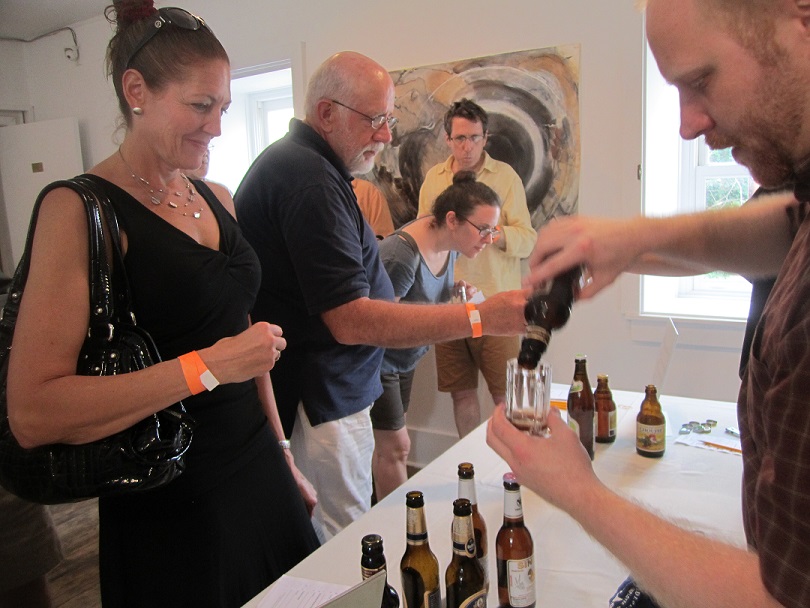 History of the Stone Mill and the Hunterdon Art Museum

The Hunterdon Art Museum dates back to its founding in 1952, where it stood as a landmark regional art center that connected the public to the established and emerging contemporary art scene. However, the story of its unique stone mill setting provides the most intrigue.

The original mill was built in 1763, and during the revolutionary war, records show that it may have been used to grind wheat for the revolutionary troops. Although this sounds quite significant, the most famous person to manage the historic mill was George M. Taylor. Unfortunately, the mill burned shortly after Taylor purchased it. Taylor later established his fame through his bravery at Bull Run during the Civil War, where he and his troops stumbled into Stonewall Jackson’s entire corps.

Throughout the 19th century, the mill passed through several hands, and it was rebuilt and destroyed several times. It wasn’t until the 1900s that the community showcased interest in turning the mill into an arts and crafts center. In 1953, the mill was dismantled, community leaders raised enough funds, and workers began converting the mill into a museum.1

In addition to the historic stone mill building, the Hunterdon Art Museum continues to attract thousands of art enthusiasts and curious onlookers every year due to its diverse collection and variety of educational and exciting exhibits. Most of the work in the permanent collection, however, focuses on works done on paper, and its collection of prints dates back to the 1930s.

Visitors to the museum can expect prints from internationally recognized artists as well as regional favorites. Also, the museum houses two sculptures, including the bronze New Direction by Tom Otterness and Tree by Toshiko Takaezu.2

Rotating exhibits at the museum showcase various nuances of the contemporary art community, and the exhibit themes draw visitors into the minds and hearts of international and local artists. Some past exhibits have included “A Clay Bestiary,” “Giovanna Cecchetti: The Consciousness of Infinite Goodness,” and the highly popular “Yevette Hendler: A Journey to DISREGARD,” which showcased Hendler’s keen eye for places that have been forgotten and neglected.

Much like the permanent collection, the exhibits also focus on works done on paper.3