Saint George Greek Orthodox Church is a noteworthy addition to Huntington's cultural and religious diversity. Built in the 1940s, the church is an active cultural center. The annual Greek Festival is an extremely popular event that celebrates the cultural heritage of the members of the church.

A picture of the Church on an Easter Morning. 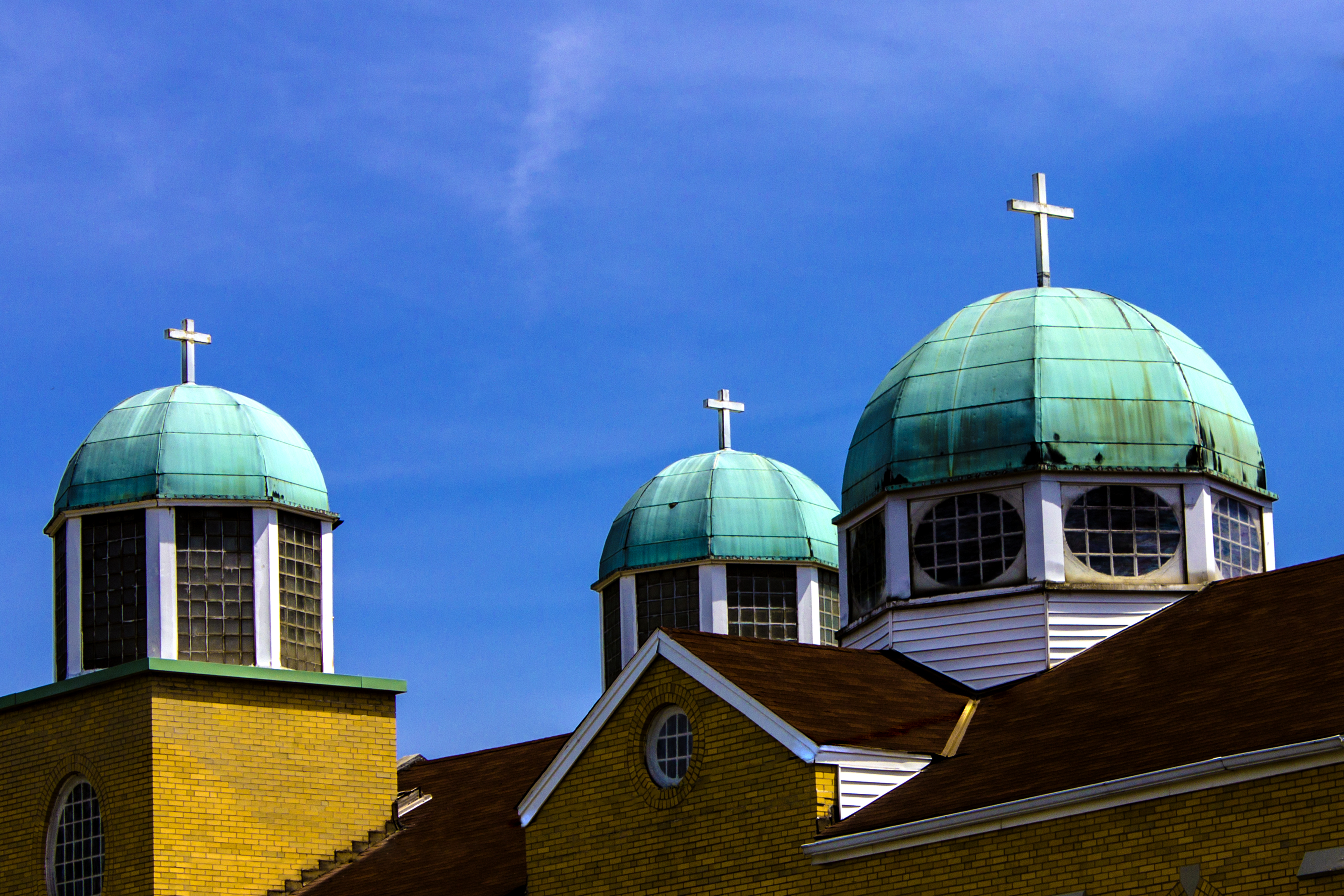 The St. George Greek Orthodox Church was constructed in the late 1940s not long after a Parish Council was created in Huntington, WV. Since its creation, the church has been an active participant in the religious, cultural, and social community of Huntington. Local residents enjoy the annual Greek Festival, monthly Gyro sales, and semi-annual Grecian Dinners which allow them to enjoy the food as well as the cultural and spiritual heritage of the local Orthodox Christian community. The parish serves the Orthodox faithful of Portsmouth, Ohio; Ashland, Kentucky; Williamson and Logan, West Virginia, as well as the Greek community in Huntington. The congregation includes native-born Greek people, converts to Orthodoxy, and other Eastern Orthodox Christians of Albanian, Russian, Lebanese, Syrian, and Ethiopian descent (from the Church’s webpage).