Akron Ohio is known as the Rubber City because at one point in time it was full of rubber factories. Today, some of these factories still exist but for the most part the industry has changed. Due to the large amount of factory jobs during the industrial revolution members of various minority groups such as African Americans, Italians, Greeks, and Polish were attracted to the area. These minority groups, dealing with racism, formed a small community of their own now known as the Howard Street Neighborhood. The main road of the neighborhood was Howard Street and it served as the main thoroughfare for Akron in the 19th century. It continued to serve as the main street until the Pennsylvania and Ohio Canal closed and Main Street took the place of principle thoroughfare. Howard Street remained vital though as it became its own multicultural district within Akron. One third of this district was made up of Africa Americans and the district not only a commercial center during the day but also full of entertainment and culture by night. There is an Ohio Historical Marker in the district that gives a very detailed description of the culture within the district. The marker states: Side A: The center of African-American culture in Akron during the mid-20th century, Howard Street was home to many of the city's black-owned business and entertainment establishments, and provided an atmosphere in which minority-owned businesses could thrive. Attracted to the vitality of the neighborhood, entrepreneur George Mathews (1887-1982) established a barbershop here in 1920 and in 1925 opened the adjoining Mathews Hotel. The hotel quickly became the anchor of the Howard Street district. Mathews' success allowed him to endow a scholarship fund at the University of Akron in 1964. Side B : The 1930-1950 era saw the heyday of Howard Street as a vibrant cultural center. The Mathews Hotel was a regular stop for black entertainers such as Cab Calloway, Ella Fitzgerald, Louis Armstrong, and Count Basie when they performed in Akron. Local music clubs included the Green Turtle, the Cosmopolitan, the High Hat, and Benny Rivers. The Howard Street district declined in the 1960s and much of it was razed for "urban renewal" in the 1970s and 1980s. Through the “urban renewal” project, the Howard Street District changed greatly. Route 59 was built essentially through the middle of the district which was thought to be the end of such a distinct district. Today the area has various living spaces, restaurants, and other small local shops. Through this area there is also access to the Pennsylvania and Ohio Byway as well as the Cuyahoga Valley Scenic Railroad and other parks. Currently one of the districts most popular attractions is a small Italian restaurant called Luigi's. So while checking out the scenic and cultural areas of Howard Street, one can stop and have a delicious Italian meal. For more information visit http://www.cascadelocks.org/howardstreet/index.html.

Little remains of the Howard Street district. This historic plaque provides an all to brief review of this once vibrant area. 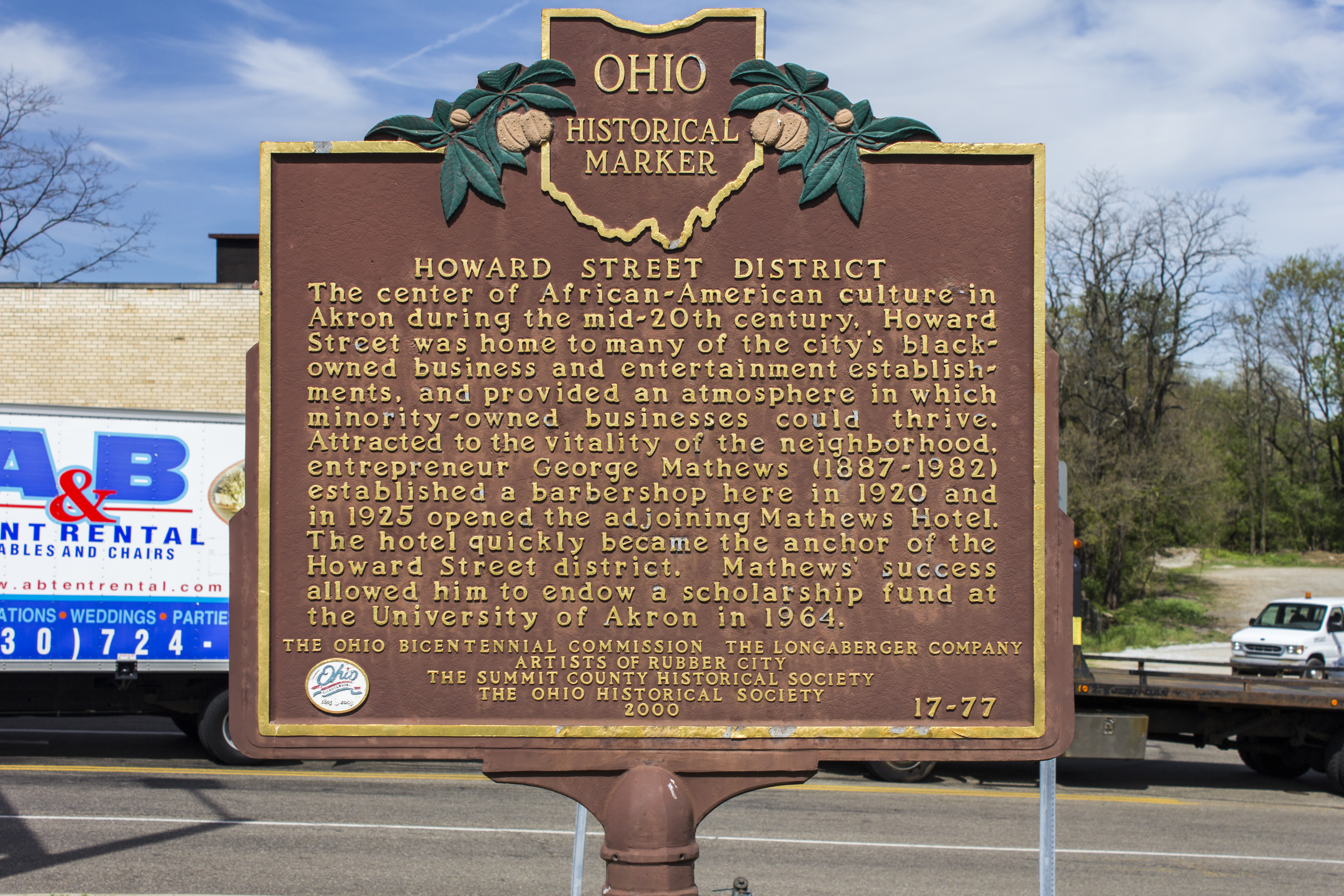 This small construction is a memorial for Hotel Matthews, a central component of the Howard Street district. 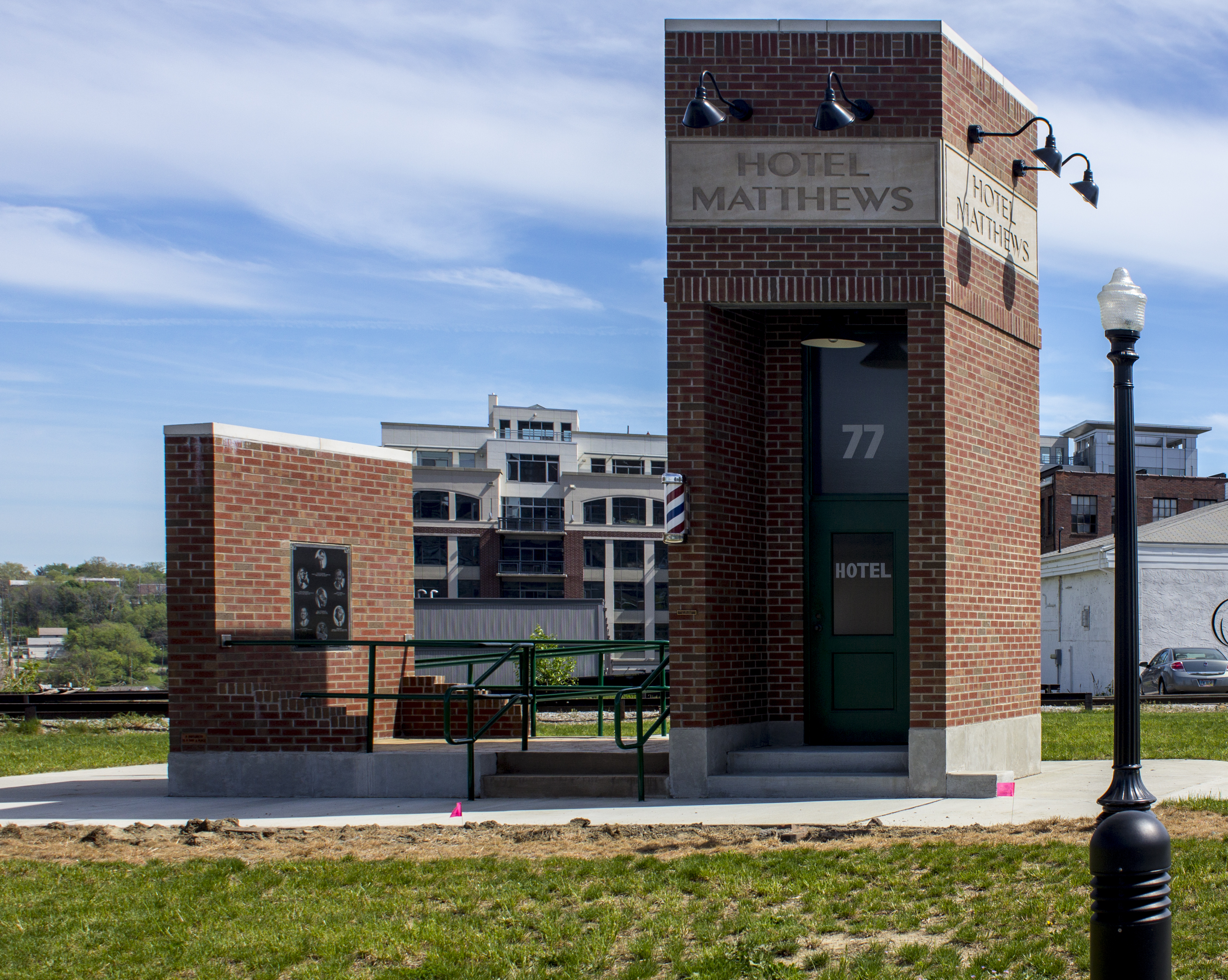 A modest plaque honoring the accomplishments of George W. Mathews, a business leader in the Howard Street district. 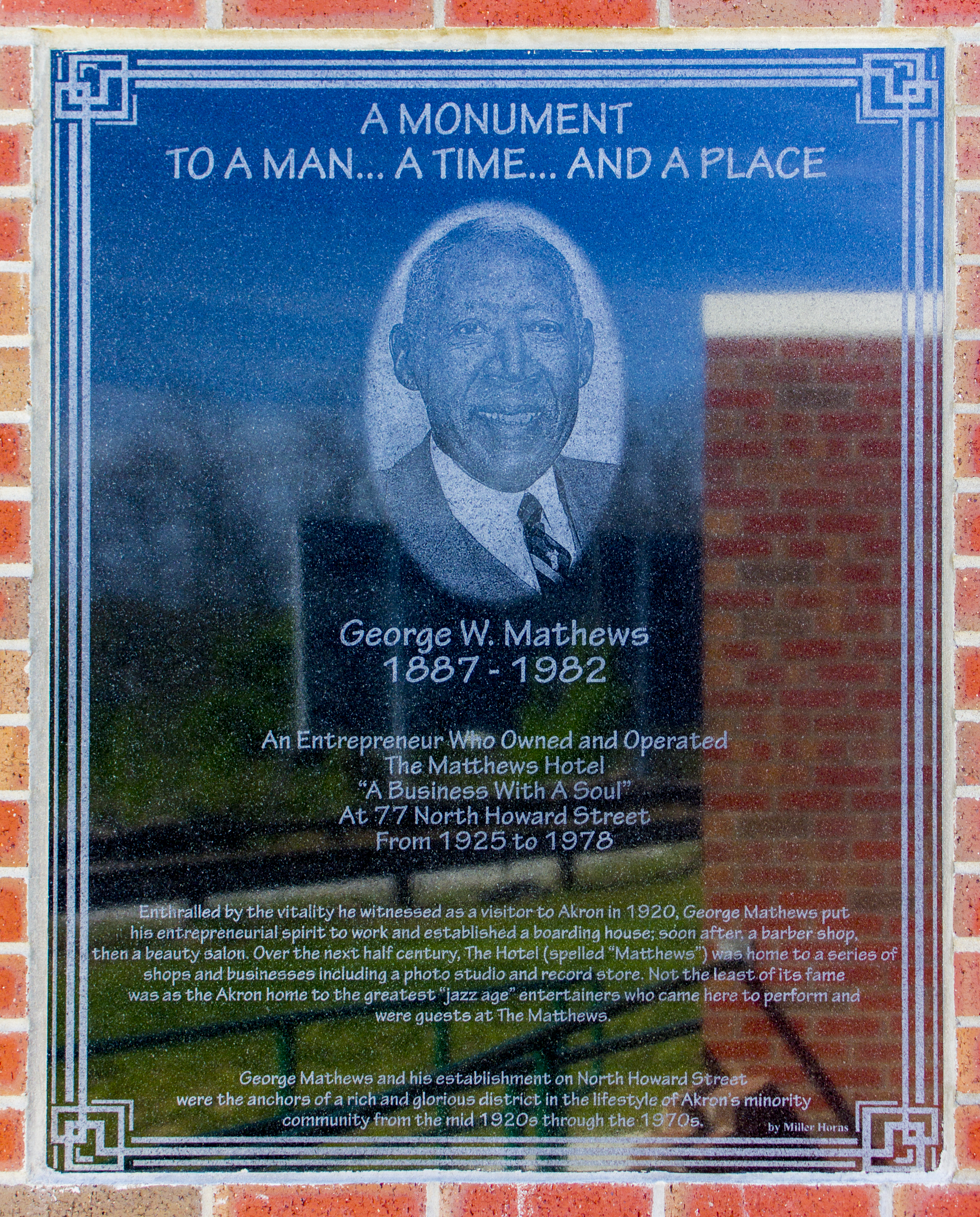