National Memorial Cemetery of the Pacific

Rich with cultural and environmental history, the National Memorial Cemetery of the Pacific is located in Hawaii's "Punchbowl," a volcanic crater formed 75,000 to 100,000 years ago in Honolulu. Once used as an altar for human sacrifices, then to guard Honolulu Harbor against the attack on Pearl Harbor, the site became a National Cemetery in 1948. It is now one of the area's most popular tourist destinations with its beautifully constructed memorials and outstanding panoramic views of Oahu.

An aerial view of the Punchbowl, a volcanic crater. 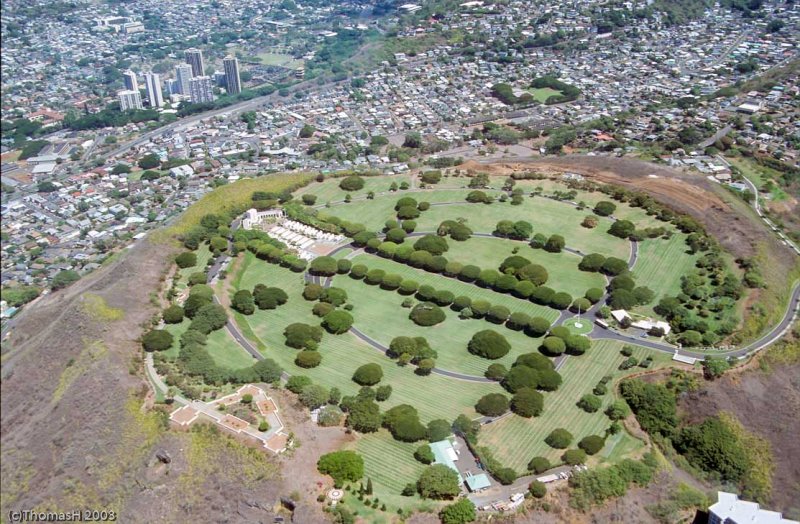 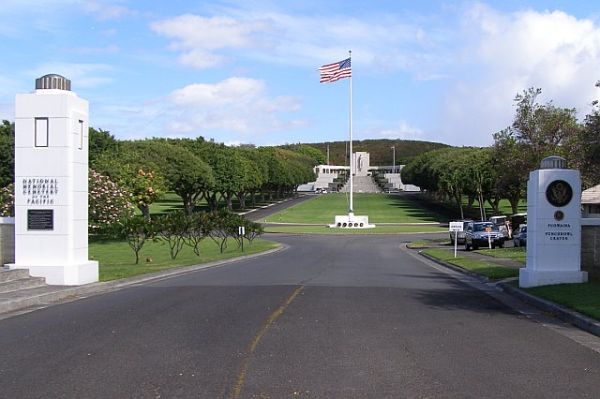 The natural beauty of Oahu melds wonderfully with the artistry of the cemetery's design. 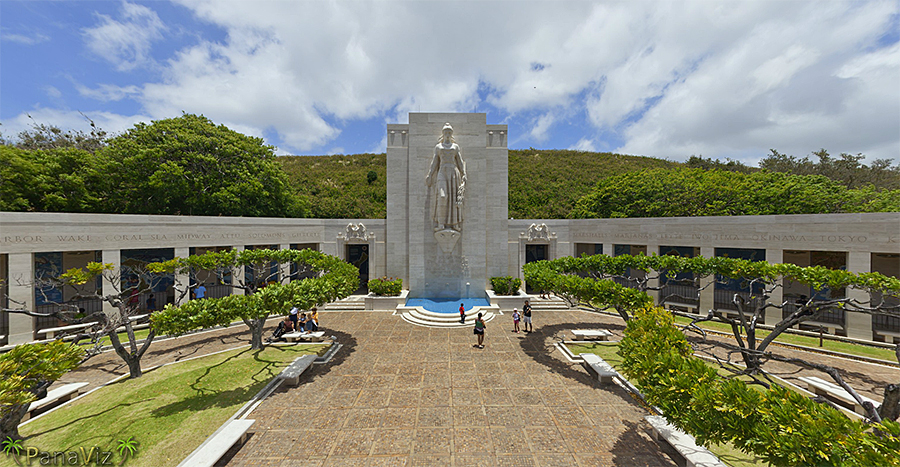 A view of the headstones. 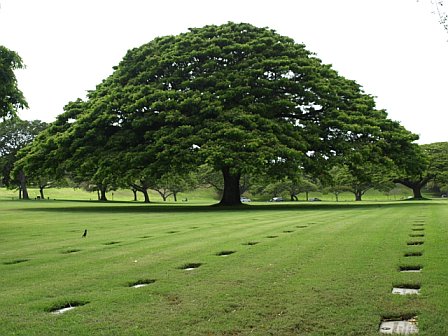 Map of the National Memorial Cemetery of the Pacific 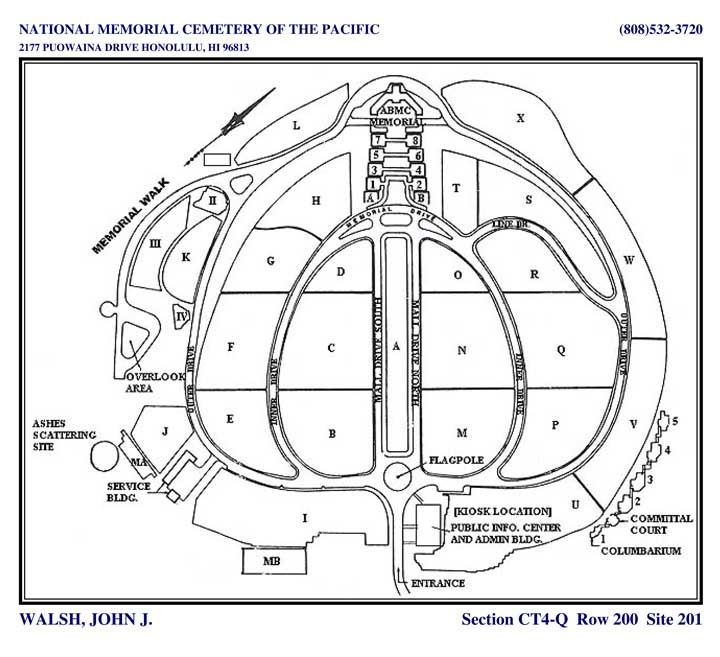 The location of the National Memorial of the Pacific has a somewhat ominous backstory, as its first known use was as an altar for human sacrifices named Puowaina, or the "Hill of Sacrifice." It got its nickname, the "Punchbowl," from when a massive crater was produced after a period of volcanic activity in Hawaii. It was used by the Hawaiian National Guard as a rifle range in the 1930s, then to help guard Honolulu Harbor and the southern edge of Pearl Harbor against the Japanese in 1941. Plans to turn the land into a cemetery date back to the 1890s, but it wasn't until two years after the attack on Pearl Harbor that the governor of Hawaii offered the crater for that purpose. Construction finally began three years after the end of World War II in 1948, and it was open to the public a year later.

Now over 34,000 members of the Armed Forces are laid to rest here, including over 13,000 that died during WWII. The cemetery was the first to use Bicentennial Medal of Honor headstones, now having a total of 23 to honor those recipients. There is a large variety of memorials to see throughout the Punchbowl, with many lining the main pathway.

The striking beauty and serenity of the Island of Oahu makes the National Memorial of the Pacific an honorable location for veterans to be buried and remembered. It remains one of the most popular destinations in Hawaii with millions of visitors every year.