Philadelphia emerged as the first city in the United States to exhibit works by Auguste Rodin when, in 1876, the young French artist sent eight sculptures to the Centennial Exposition held in Fairmount Park. However, he left without any awards, and the media paid little attention to his work, leaving Rodin disappointed with his American debut. Little did he know at the time that Philadelphia would later house one of the greatest single collections of his work outside of Paris. The Rodin Museum also exists as the legacy of movie-theatre magnate and one of the city's prominent philanthropists, Jules E. Mastbaum. He amassed an exceptional collection of Rodin's work, and then spearheaded the project that became the Rodin Museum. Open to the public in 1929, this remarkable ensemble of architecture, landscape, and sculpture, provide visitors with a unique experience featuring every phase of Rodin's work. 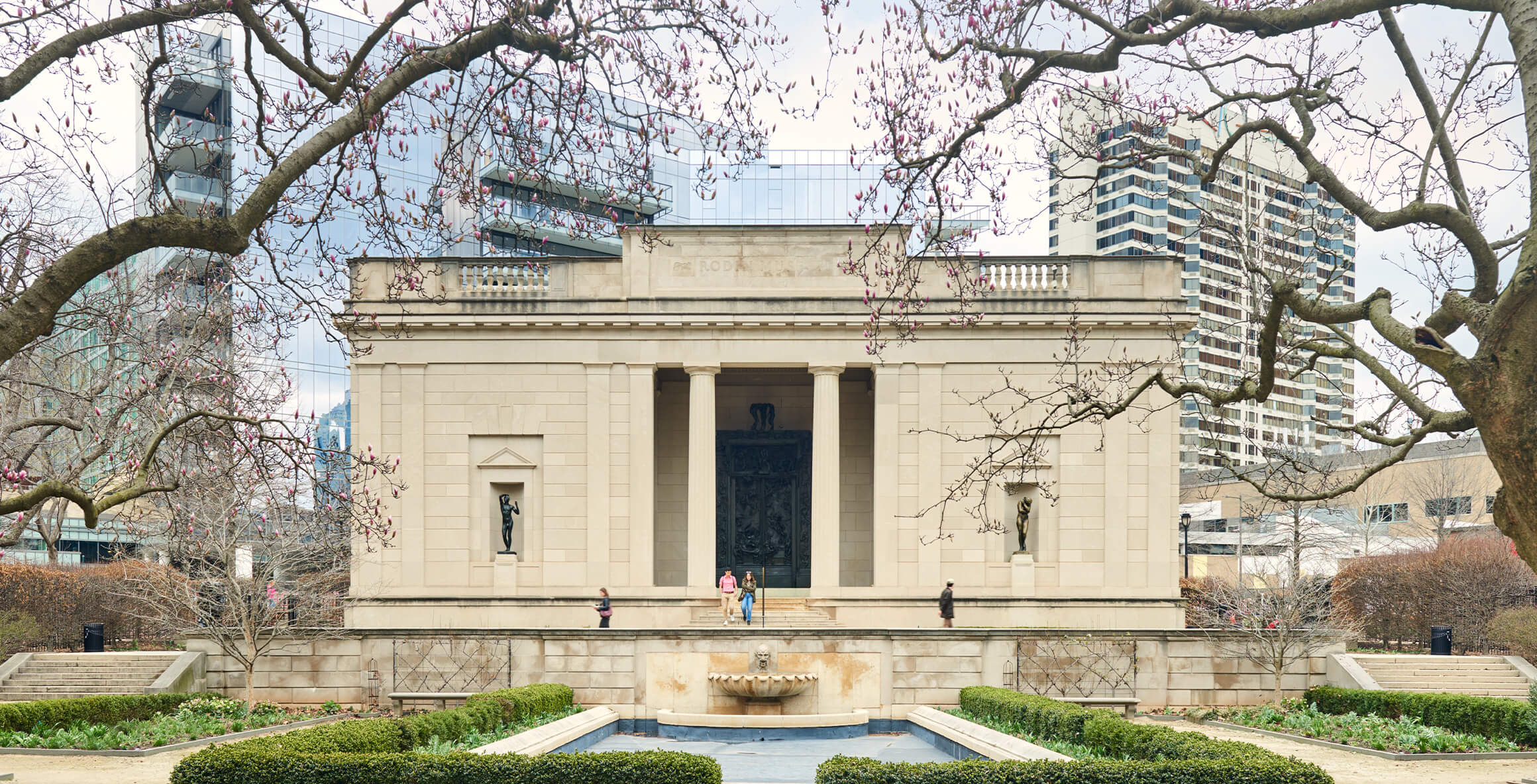 The Rodin Museum opened in 1929 and is one of the most popular museums in Philadelphia. 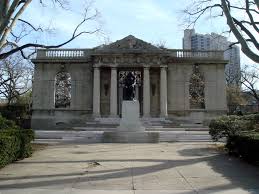 The Rodin Museum owes its existence primarily to Philadelphia native Jules Mastbaum (1872–1926). He began his career at the renowned Gimbel Brothers department store. (His two sisters both married sons of Gimbels' founder, Adam Gimbel.) After a brief stint in the real estate business, Mastbaum and his brother decided to invest in the burgeoning motion picture business. In 1905, they opened their first theater in a small storefront in Philadelphia. By the mid-1920s, The Motion Picture Company of America (renamed the Stanley Company of America following Stanley Mastbaum's death), stood as the nation's largest movie theater operation, operating more than two hundred and fifty cinemas; Jules Mastbaum became known internationally as "the king of cinema."

The exceeding success of Mastbaum's cinema business allowed him to turn his interest in art into becoming a serious collector by the 1920s. In September 1924, he visited the fledgling Musée (Museum) Rodin in Paris and acquired a small bronze bust by Rodin. By 1926 Mastbaum owned more than two hundred of the artist's sculptures; Jules also purchased from Rodin six hundred drawings and a small group of marbles and plasters. Some of Rodin's bronze sculptures, like the towering The Gates of Hell, were cast specifically for Mastbaum.

In 1926, Mastbaum wrote to the commissioners of Fairmount Park that he wished to make his collection freely available to the public; he requested land for which to build a museum. The commission granted him a vacant lot on the Benjamin Franklin Parkway where Mastbaum made plans to build, at his own expense, a museum, and garden in which to display Rodin's sculptures. He hired the French landscape architect Jacques Gréber, who had conceived the overall design of the Parkway almost a decade earlier, and French architect Paul Cret (French, 1876–1945), a professor of architecture at the University of Pennsylvania, to design the site.

The museum planning coincided with the opening of the Free Library of Philadelphia (1927) and the Philadelphia Museum of Art (1928) along the Benjamin Franklin Parkway. Sadly, Mastbaum died suddenly on December 7, 1926, before the project's groundbreaking. Etta Mastbaum and his three daughters oversaw the construction of the building before transferring the building and collection to the City of Philadelphia; the city requested the Philadelphia Museum of Art to undertake its oversight. The Rodin Museum opened to the public on November 29, 1929, in the presence of several dignitaries including the French Ambassador to the United States Paul Claudel (French, 1868–1955). At the dedication ceremony, the city presented Etta Mastbaum with a ribbon of the Chevalier of the French Legion of Honor.

More than 390,000 people visited the museum in its first year of operation. The collection has been enhanced through individual gifts and purchases, including a plaster of Eternal Springtime originally presented by Rodin to the Scottish poet Robert Louis Stevenson (1850–1894); a plaster model of a naked Honoré de Balzac (1799–1850); a rare wax study for a monument to the French Revolution that Rodin never pursued; and a marble of the deeply moving Young Mother in a Grotto.

Recent renovations have allowed the museum with its impressive ensemble of Beaux Arts architecture, an elegant formal French garden, and sculptures a grand experience for its visitors. Over the years, several large sculptures originally installed outdoors were taken inside to protect them from the elements, and the original plantings became overgrown. The inaugural installation of the restored Rodin Museum includes nearly thirty works focusing on the towering bronze doors inspired by Dante's Divine Comedy that have occupied the building's portico since 1929. In 1880 Rodin received a commission to create The Gates of Hell for a new decorative arts museum that was going to be built in Paris. Though the museum was never realized, The Gates became the seminal work of Rodin's career and a key to understanding his artistic aims. Left in plaster at Rodin's death in 1917, the first bronze casts of The Gates of Hellwere made for Jules Mastbaum, the founder of the Rodin Museum; one appears here and the second was given to the Musée Rodin in Paris. Some of Rodin's most famous works were originally conceived as part of The Gates and were only later removed, enlarged, and cast as independent works. The Thinker evolved from the focal point atop The Gates into a freestanding sculpture. Though the monumental-sized Thinker maintains its prominent place in the garden, a smaller version can be seen in this gallery. Also on view is Copy of Rodin's "The Kiss", a marble depicting doomed lovers Paolo and Francesca, who reside in the second circle of hell in The Divine Comedy. Created especially for the Museum by sculptor Henri Gréber (French, 1855–1941), Copy of Rodin's "The Kiss" suits the main gallery of the Rodin Museum exceptionally well and demonstrates Mastbaum's vision for the Museum as a place where the breadth of Rodin's work, hardly noticed in Philadelphia at the 1876 Centennial Exposition, could become more widely known and appreciated.

Shulkin, Mark Weiss. 100 Years in America: A History of a Jewish Family a Century After Immigration. Bloomington, Indiana: iUniverse, 2011.

The Rodin Museum, administered by the Philadelphia Museum of Art: https://rodinmuseum.org/