Located in Sherman Park, this memorial commemorates the most decorated and famous American warship of World War II, the USS South Dakota. During the war, it earned 13 battle stars, sailed over 246,000 miles, and participated in every major battle in the Pacific theater between 1942-1945. The memorial, which was established in 1969, was designed in the shape of the ship. As such, it is almost 700 feet long and consists of a concrete outline of the ship—giving it an appearance of being sunk into the ground—and salvaged pieces including the mainmast, a 16-inch gun, propellor, and anchor. There is also a replica simulated gun turret. The center of the memorial features a small museum with exhibits displaying various items related to the USS South Dakota. These include a set of dining room chairs donated by General Douglass MacArthur, digital copies of original letters and pictures from crew members, and many awards and medals the South Dakota received. Visitors can learn more on the memorial's website, which contains oral histories and picture galleries.

This historical marker provides a brief history of the USS South Dakota. 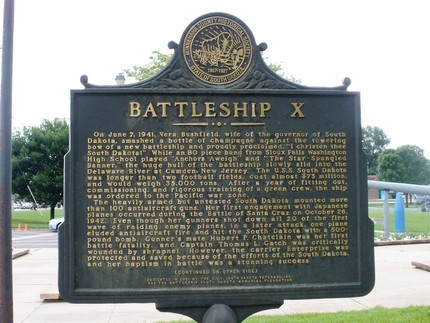 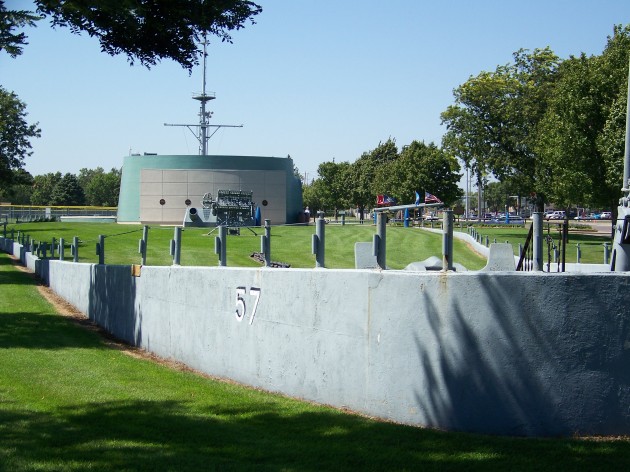 Front view of the memorial. 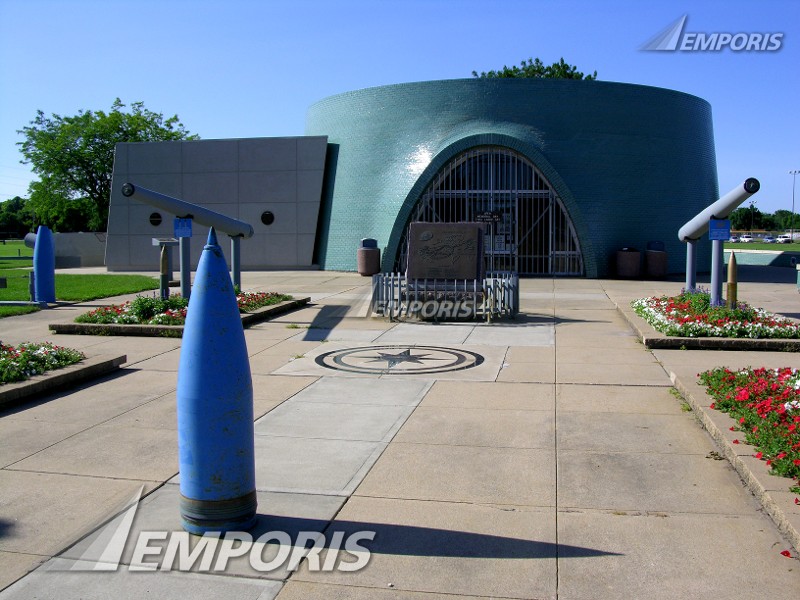 Construction of the USS South Dakota was completed in 1941 and the ship was commissioned in March 1942. Longer than two football fields, the ship boasted more than 100 anti-aircraft guns, a number of .50-caliber guns, and several large guns including nine 16-inch guns. It was also well armored. After a short testing and training period, the South Dakota set sail for the Pacific Ocean and participated in its first engagement, the Battle of Santa Cruz, on October 26, 1942. Tasked with protecting the USS Enterprise aircraft carrier, gunners managed to shoot down 20 Japanese aircraft but one 500 pound bomb did hit ship, killing one sailor.

In the next battle, the Second Battle of Guadalcanal, which occurred on November 12-15, the South Dakota received 27 major shell hits, which caused serious damage and killed 38 sailors; however, it managed to stay afloat. The Japanese, however, believed they had sunk the South Dakota. In order to keep this a secret, the U.S. Navy named the South Dakota "Battleship X." Newspapers used this name and also "Old Nameless" when talking about the ship.

After the war, the South Dakota was decommissioned on the 31st of January, 1947. There were plans to update or convert the ship into other uses but these fell through due to high costs. Eventually, after a long time in the Navy reserve, it was sold for scrap to the Luria Brothers and Company for $446,000 in 1962. The memorial was established in a coordinated effort by a non-profit foundation, the Sioux Falls Chamber of Commerce, and the Navy League.