Dating back to 1882 in Berlin and made internationally popular at the 1900 World Fair in Paris, the electric trolley has played a central role in urban life for more than a century. Nearly every major city catered a widespread electric city trolley system throughout the early 1900s (and many still do). In 1887, however, famed inventor Charles Van Depoele drove the first Pullman-built trolley from the corner of Lackawanna and Penn Avenues in downtown Scranton, making Scranton the first city with a trolley line in the United States. This honorable status gave Scranton the nickname of “Electric City.” Trolley enthusiasts, history buffs, or anyone else interested in the public transportation of the past can visit the Electric City Trolley Museum in Scranton to discover one of the most comprehensive trolley museums in the United States. 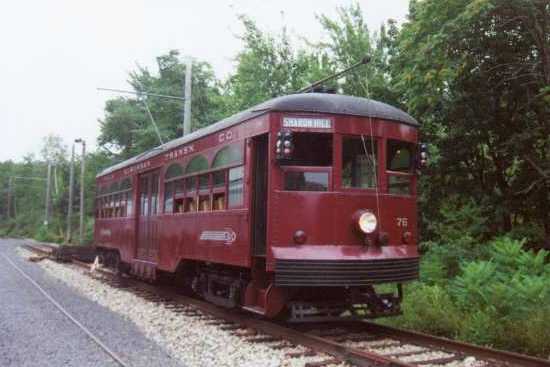 The Trolley Museum and Steamtown in the Background 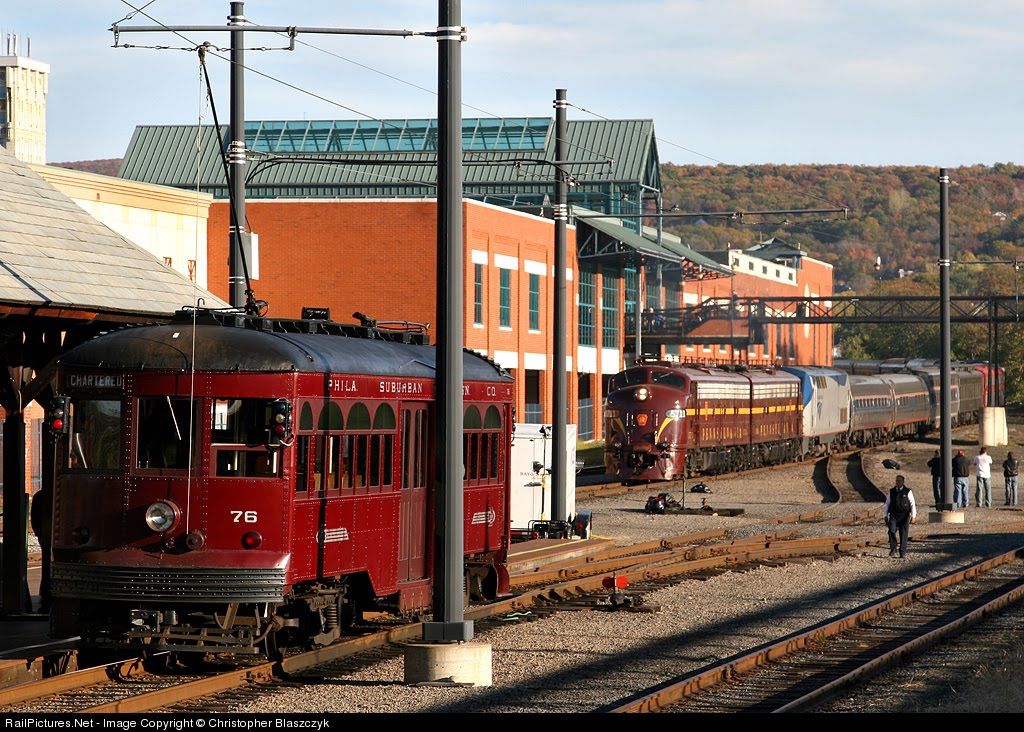 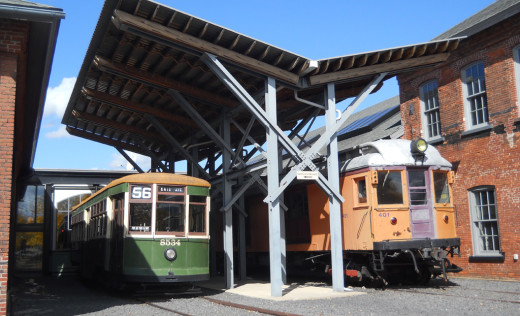 Located in downtown Scranton next to the Steamtown National Historic Site, the Electric City Trolley Museum features the regional trolleys and other interurban trains that were once part of the Lackawanna and Wyoming Valley Railroad. Also, this museum offers rides on several of its functional trolleys.

The historic trolley car collection at the museum includes over 25 former trolleys, including passenger and work trolleys as well as electric railway and industrial locomotives. Some specific trolleys can include the Delaware Electric Power Co. #120, Philadelphia Rapid Transit Co. #2282, and the 1920s MacAndrews and Forbes Co. #10.

Despite the large collection, the museum only displays or operates a total of 10 trolleys at any given time, but if visitors want to see a specific trolley, they should call ahead to make sure that the trolley isn’t under restoration or at the off-site storage facility.1

What to See at the Museum

The Electric City Trolley Museum’s interpretive center is located within a recently restored, late 19th-century mill building, and the headquarters of this museum offers a wide variety of interactive exhibits, artifacts, and other educational displays.

For example, the interactive and educational displays at the museum allow visitors to generate their own electricity while learning how electricity can serve their transportation needs. Other museum features include an under-the-skin view of a restored trolley, a 50-seat theater presenting the history of the trolley in Northeast Pennsylvania, and several trolley model displays.

In addition to the many museum exhibits and interactive displays, the trolley excursion endures as one of the most popular museum activities. During the operating season, which generally begins in April, the Museum Trolley Excursion departs from the main passenger platform of the Steamtown National Historic Site on operating days.

This excursion takes visitors on a scenic trip through Scranton along a portion of the former Lackawanna & Wyoming Valley Railroad. Some of the sights with this excursion include Roaring Brook, the Historic Iron Furnaces, and through the Crown Avenue Tunnel, the longest interurban tunnel ever built at 4,747 feet.2