Ghirardelli's Chocolate Factory was originally built in 1850 on the corner of Broadway and Battery, but burned down in a fire a year later. By 1853 Ghiradelli was able to reopen the Chocolate Factory at this location, on the corner of Jackson and Mason Streets. The company diversified from chocolate and began to sell coffee and spices in the US, China, Japan, and Mexico. Ghiradelli retired in 1892 and his three sons took control of the business.

Ghirardelli established a chocolate factory in this building in 1853. At that time, this neighborhood was home to a number of Italian immigrants and an Italian-language newspaper. 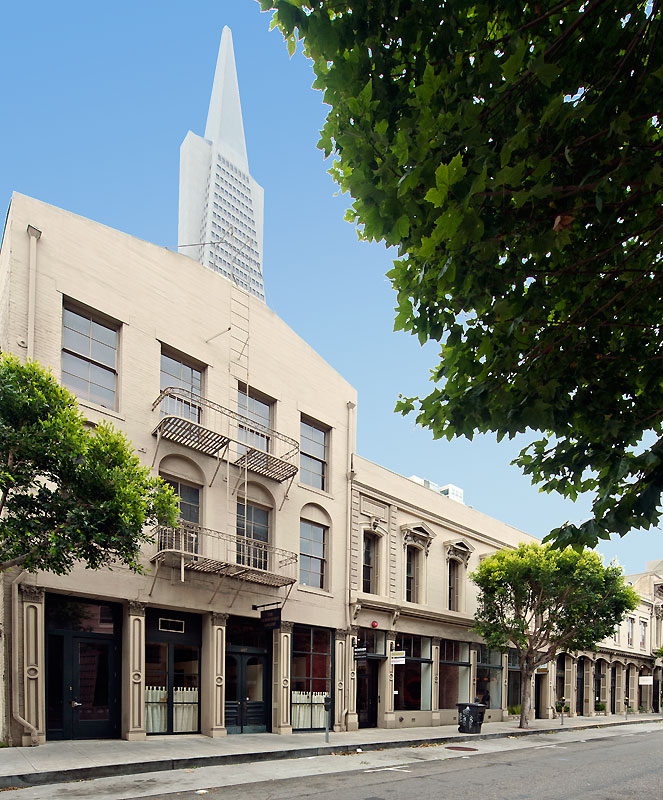 Domingo Ghirardelli arrived in San Francisco in 1849, selling candy and provisions to miners during the Gold Rush. In 1853, he opened a small chocolate factory on the ground floor of this building and lived with his family on the second floor. He retired in 1892 and the following year, his company acquired the Pioneer Woolen Building. This second building was much larger, allowing Ghirardelli's sons to build a substantial empire.

That building is now part of Ghirardelli Square. Although the company no longer makes chocolate in the square, production is now based in San Leandro, it is listed on the National Register of Historic Places and features a retail outlet. Meanwhile, the story of this historic building,one of the oldest in the city, is largely unknown even to longtime residents of San Francisco.