Kentuck Knob is a home nestled in the mountain hill lands of Western Pennsylvania that was designed by the famous architect Frank Lloyd Wright, the brilliant mind behind Fallingwater and a multitude of other homes and buildings. The home is a 1-story, “hexagonal module” known as “usonian, meaning affordable for the average American” (“The House”). Described as “Both dramatic and serene, the house, situated just below the crest of the hill, appears almost part of the mountain itself and stands 2,050 feet above sea level” (“The House”). It was added to the National Register of Historic Places and designated a National Historic Landmark in 2000. The exterior is made of native sandstone and tidewater red cypress. The interior has “An open floor plan, cantilevered overhangs, and great expanses of glass effortlessly integrate the inside with the outside. Stretching to the east, just beyond the back terrace, is a breathtaking panorama of the Youghiogheny River Gorge and the beautiful Laurel Highlands mountains that surround it” (“The House”).

A front view of Kentuck Knob.

The back porch of Kentuck Knob. 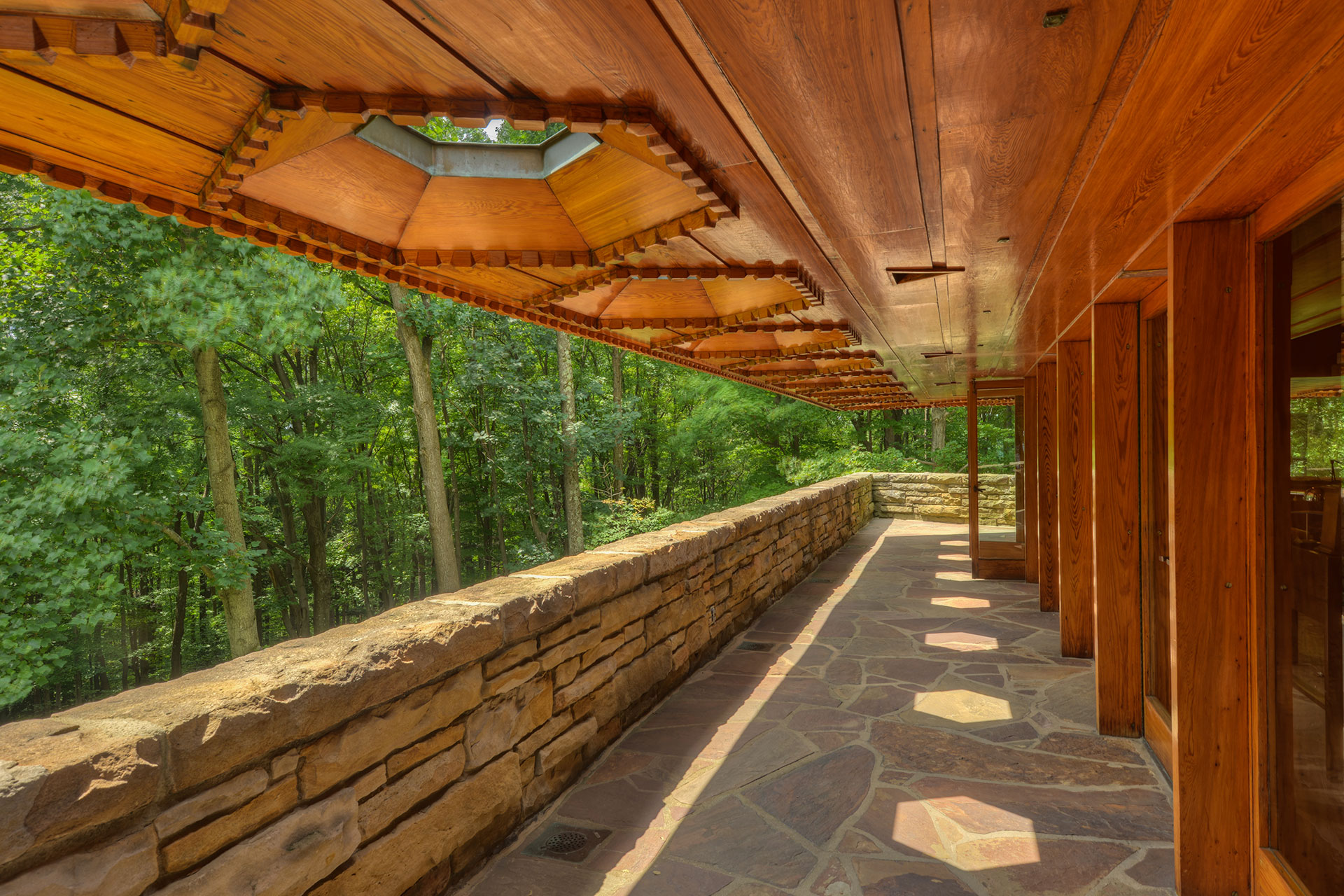 Looking into the kitchen with a view of the grounds. 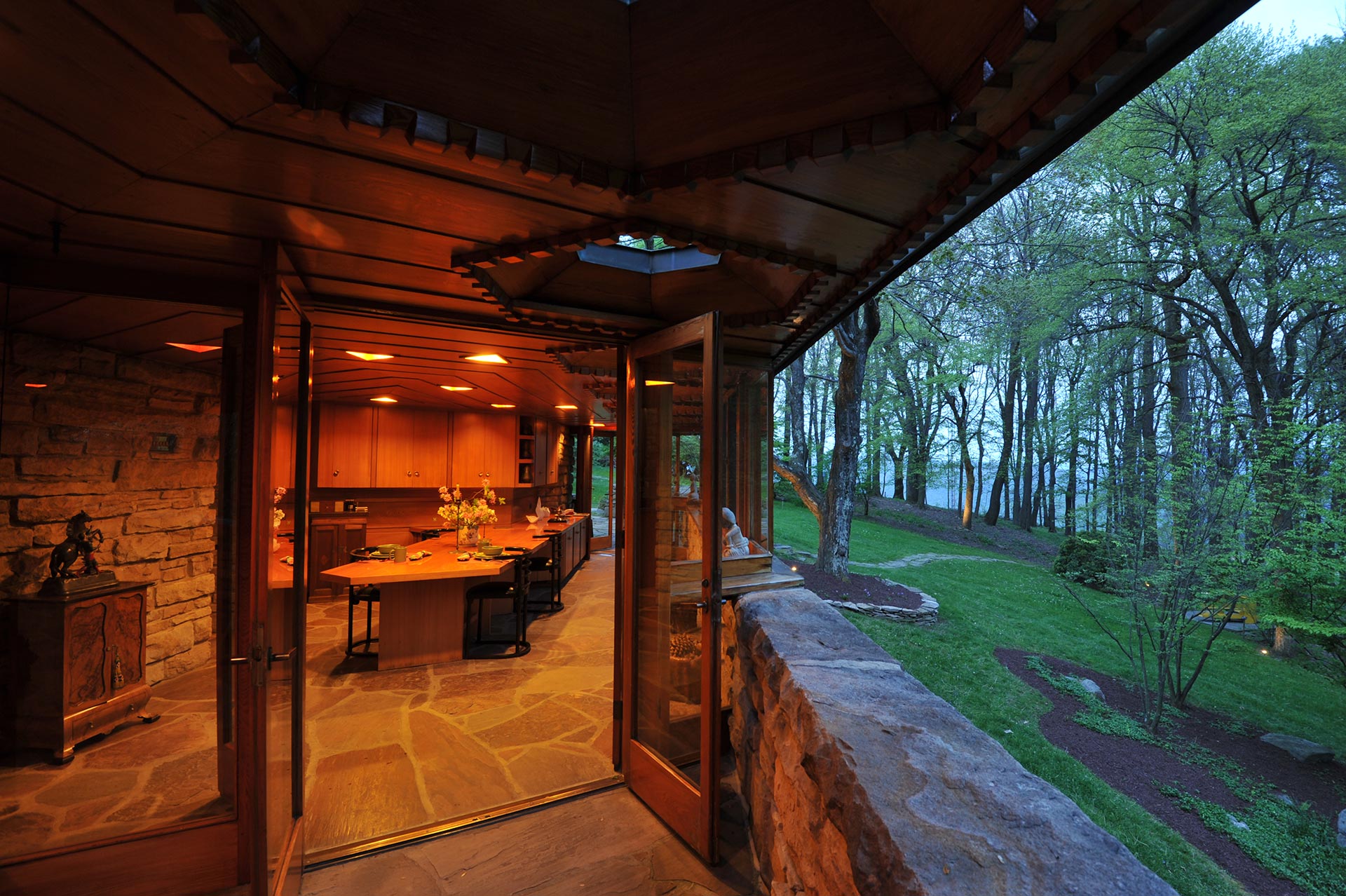 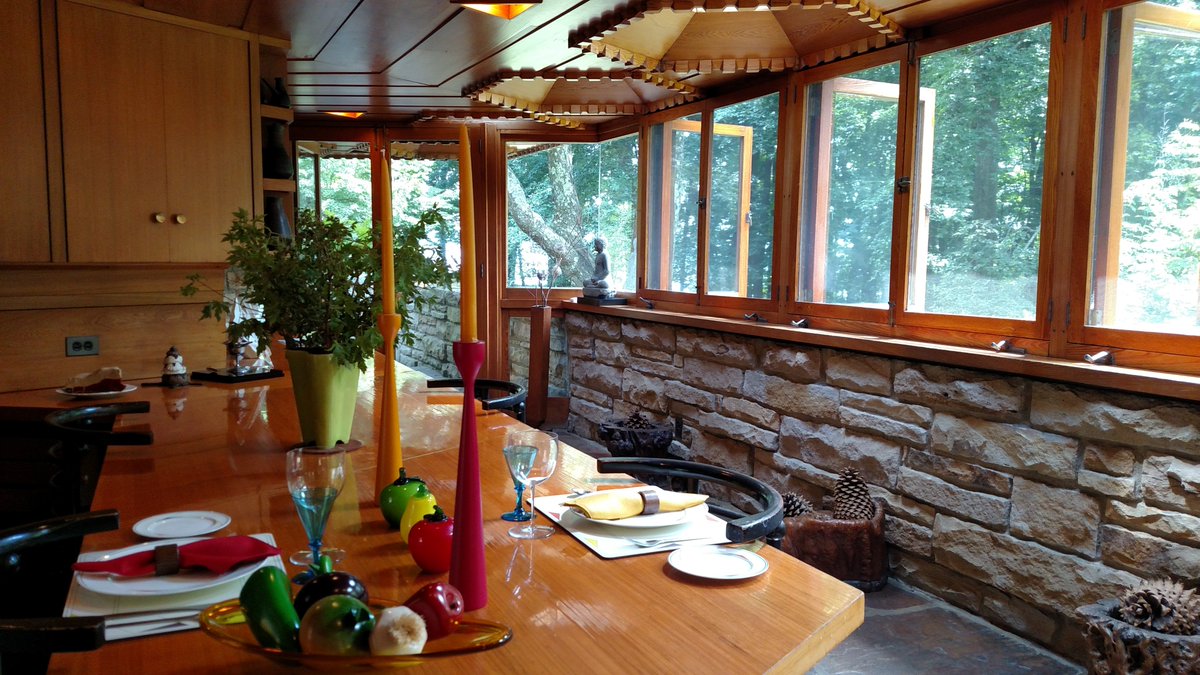 In 1953, Bernardine and I.N. Hagan bought 80 acess of family land near Uniontown, PA. Infatuated with their friend’s home Fallingwater, the Hagans called Frank Lloyd Wright and asked him to design them a home.  Despite his older age of 83 and his current work on the Guggenheim Museum in New York, the Beth Shalom Synagogue in Pennsylvania, and numerous other homes, Wright agreed

With Wright’s design in hand, Herman Keys and his construction crew began construction on Kentuck Knob in the early 1950s.  The Hagans moved in in 1956 and lived in the home for 30 years before I.N. Hagan fell ill and the couple sold the home in 1986 to Lord Palumbo of England.  Kentuck Knob opened for tours in 1996.

While Lord Palumbo still owns Kentuck Knob, he balances his occupation of the home with a public tour program as a method of historical property maintenance and preservation.  He and his family and friends occasionally visit the home.  They also added a sculpture meadow to the site at the base of the mountain.  It features 35 sculptures by such artists as Harry Bertoia, Sir Anthony Caro and Andy Goldsworthy.