The church as it looks today. 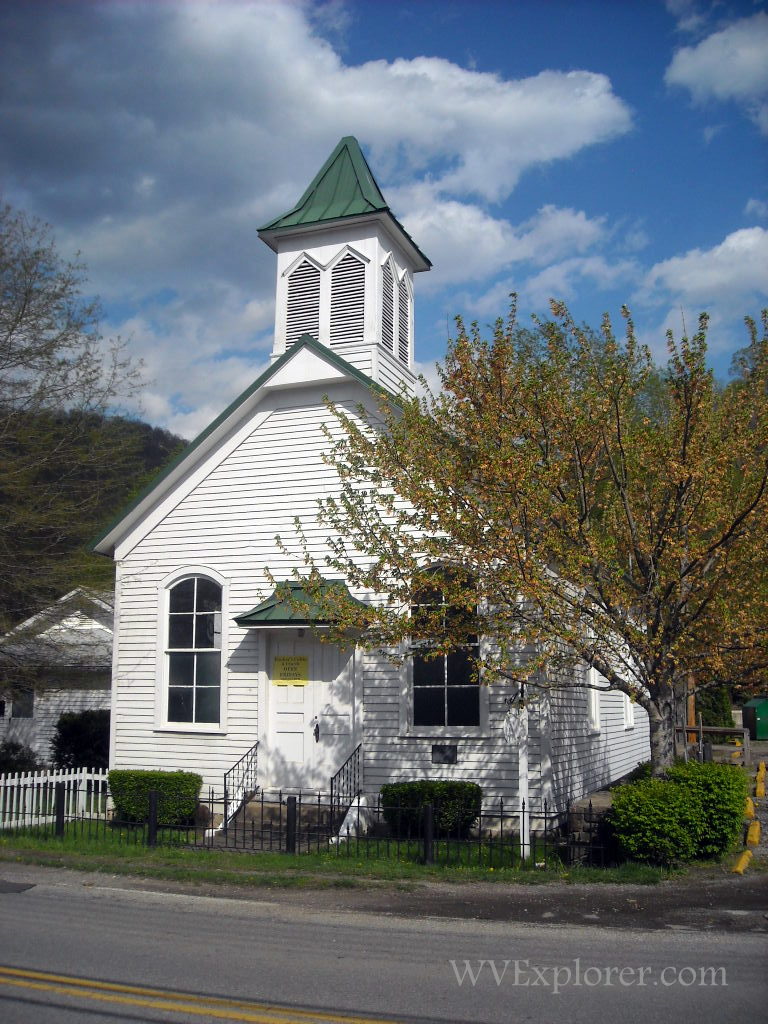 African Zion Baptist Church in 1979. Courtesy of Library of Congress. 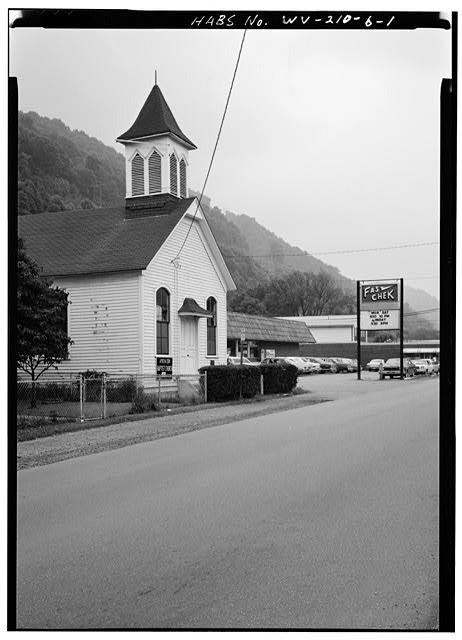 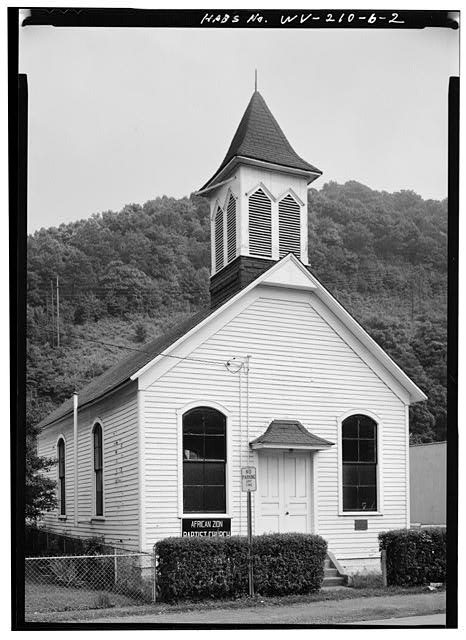 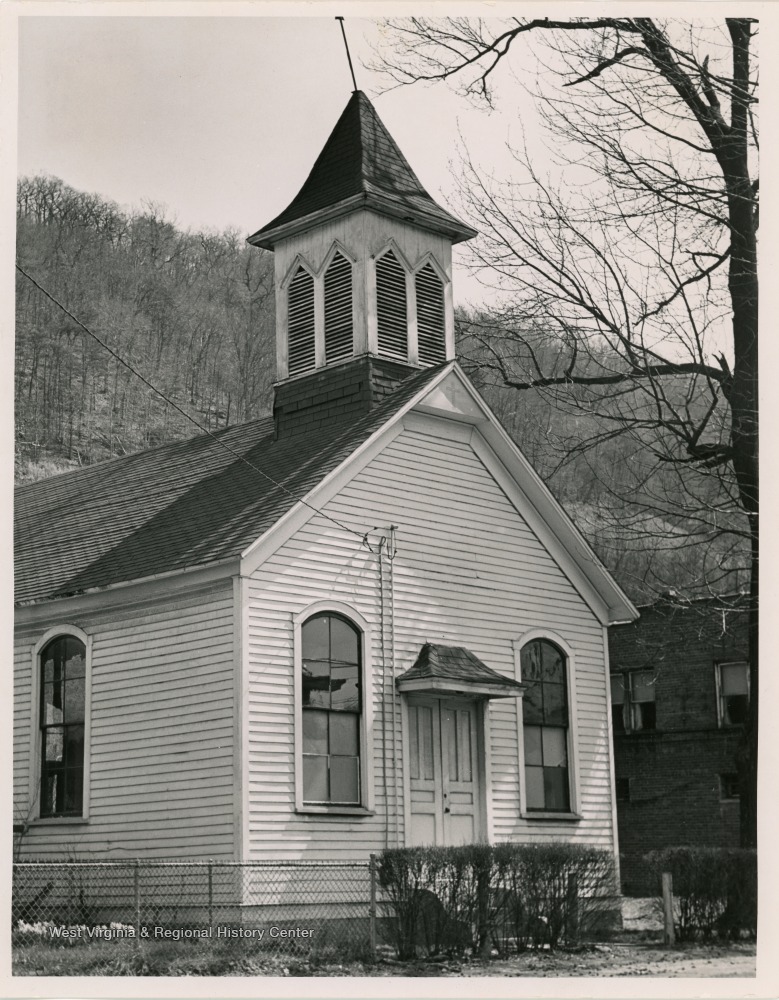 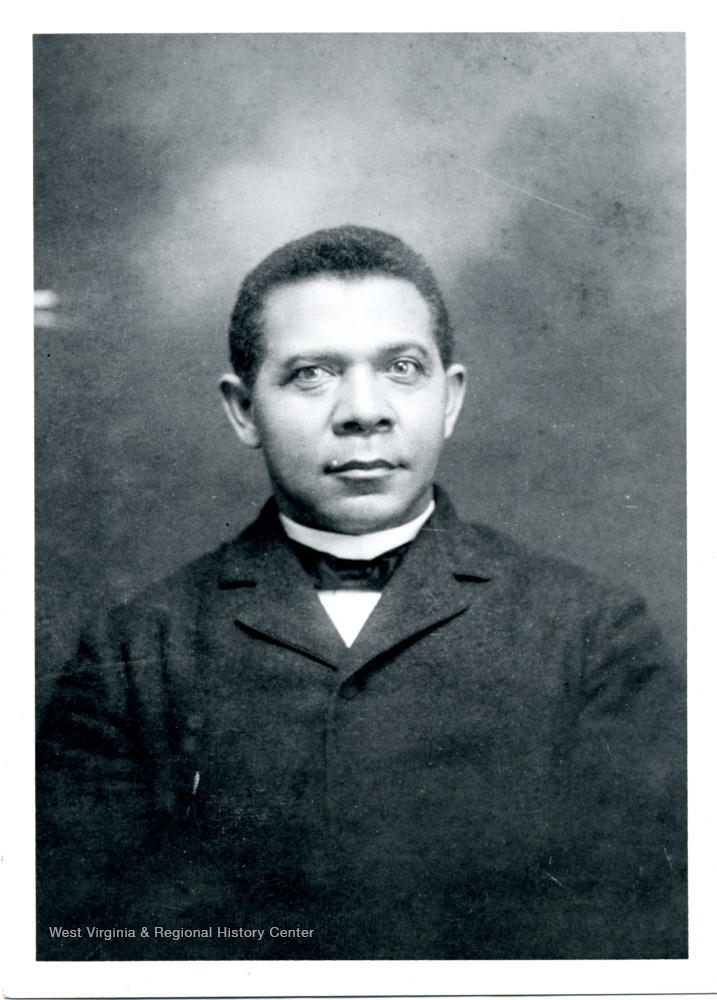 Home of Booker T. Washington - a replica of this cabin now stands behind the church 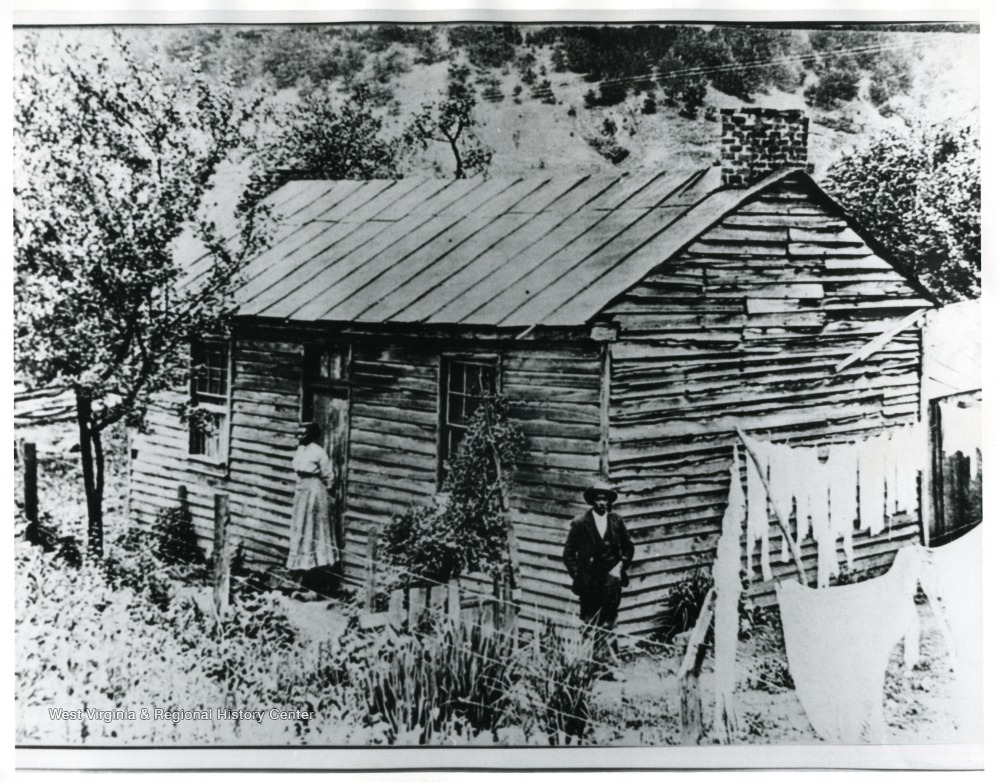 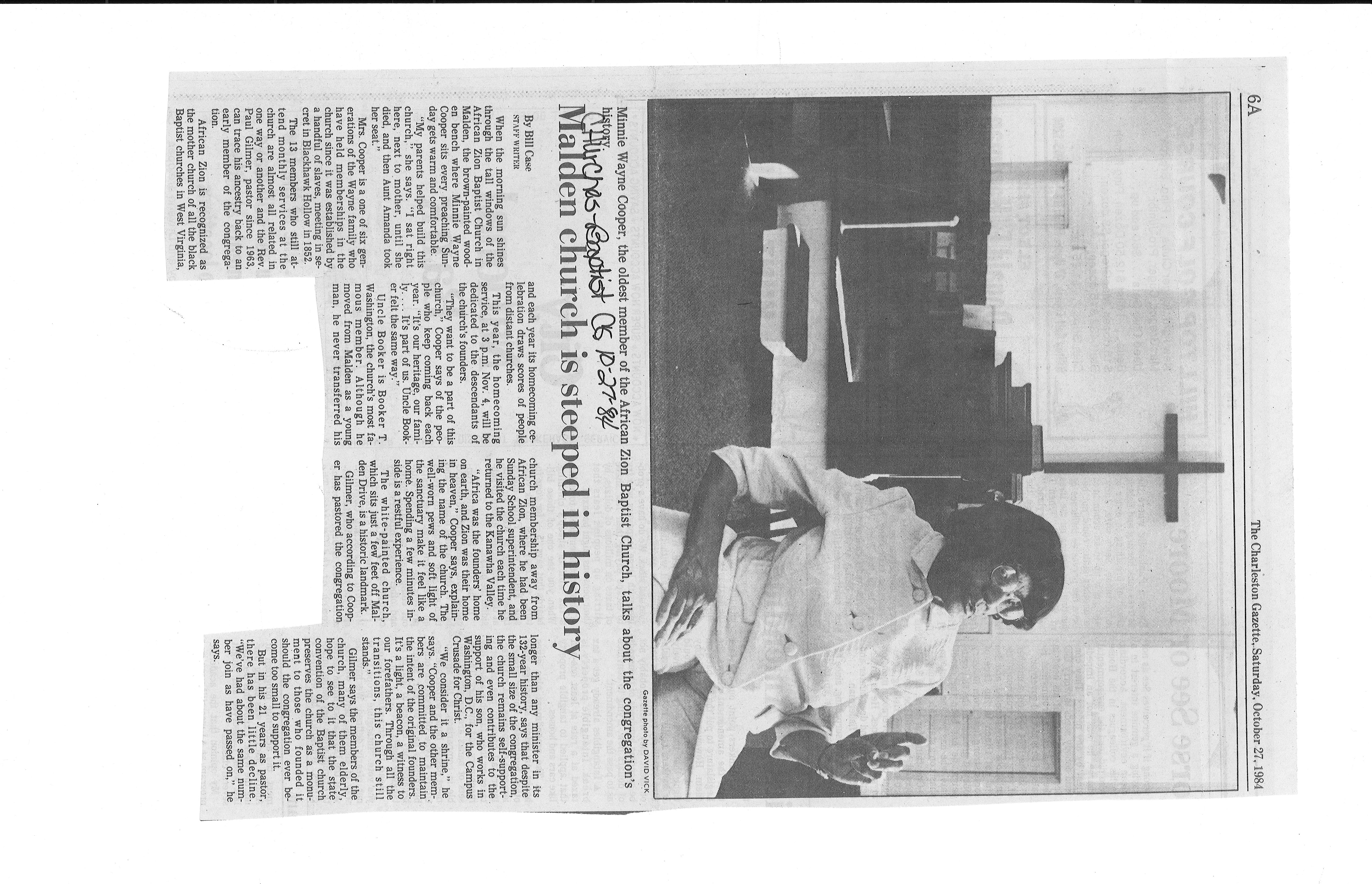 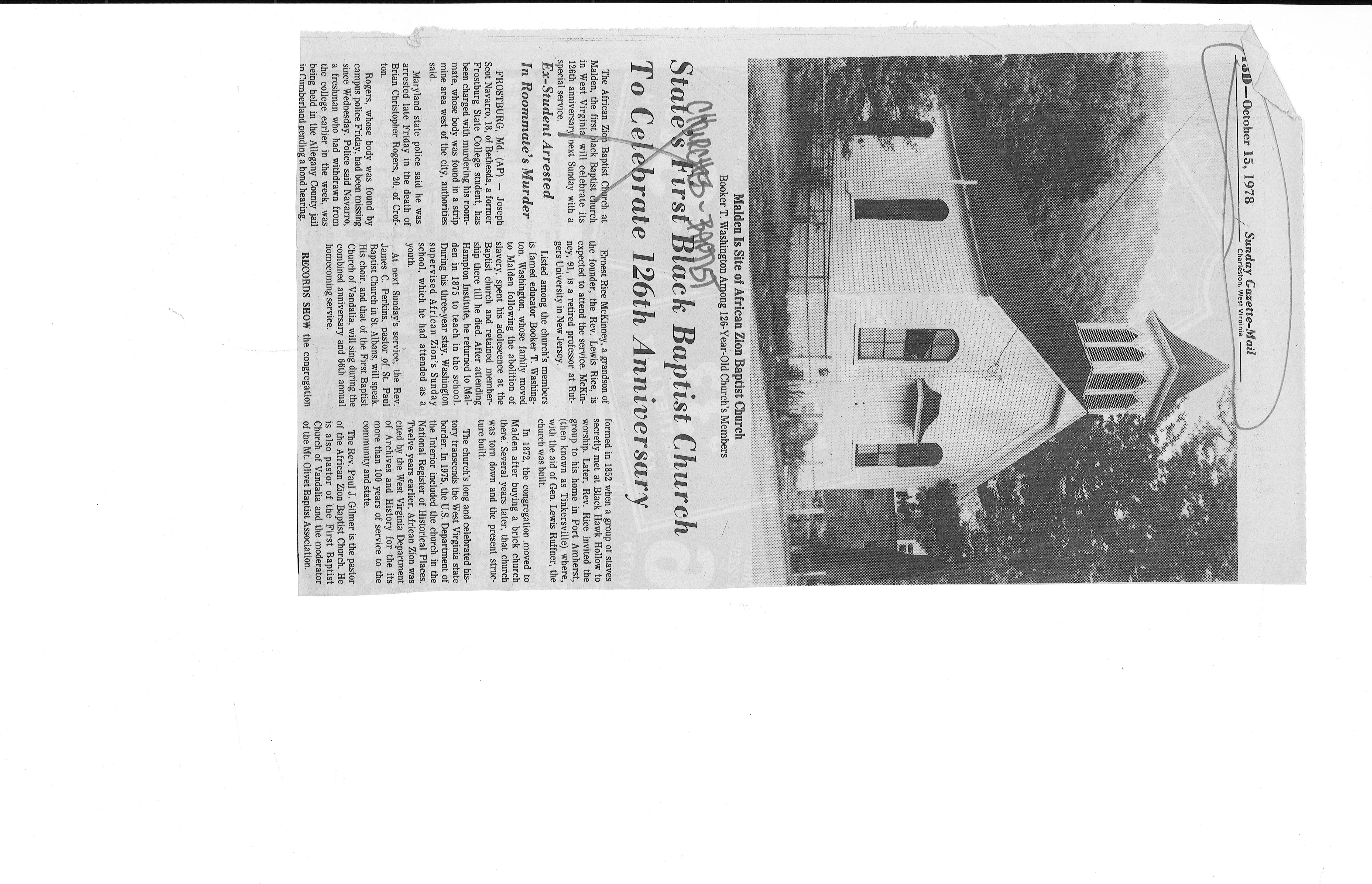 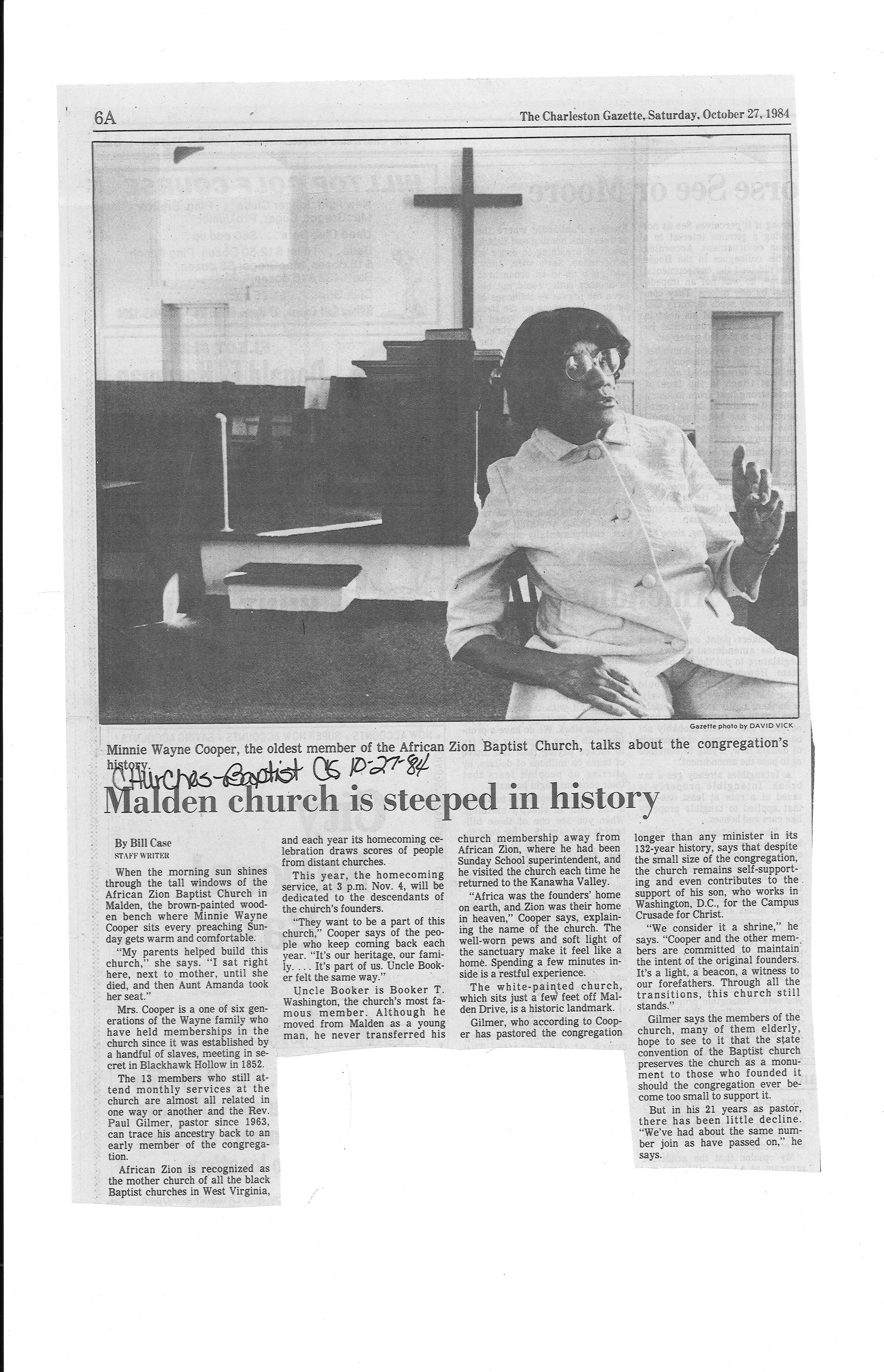 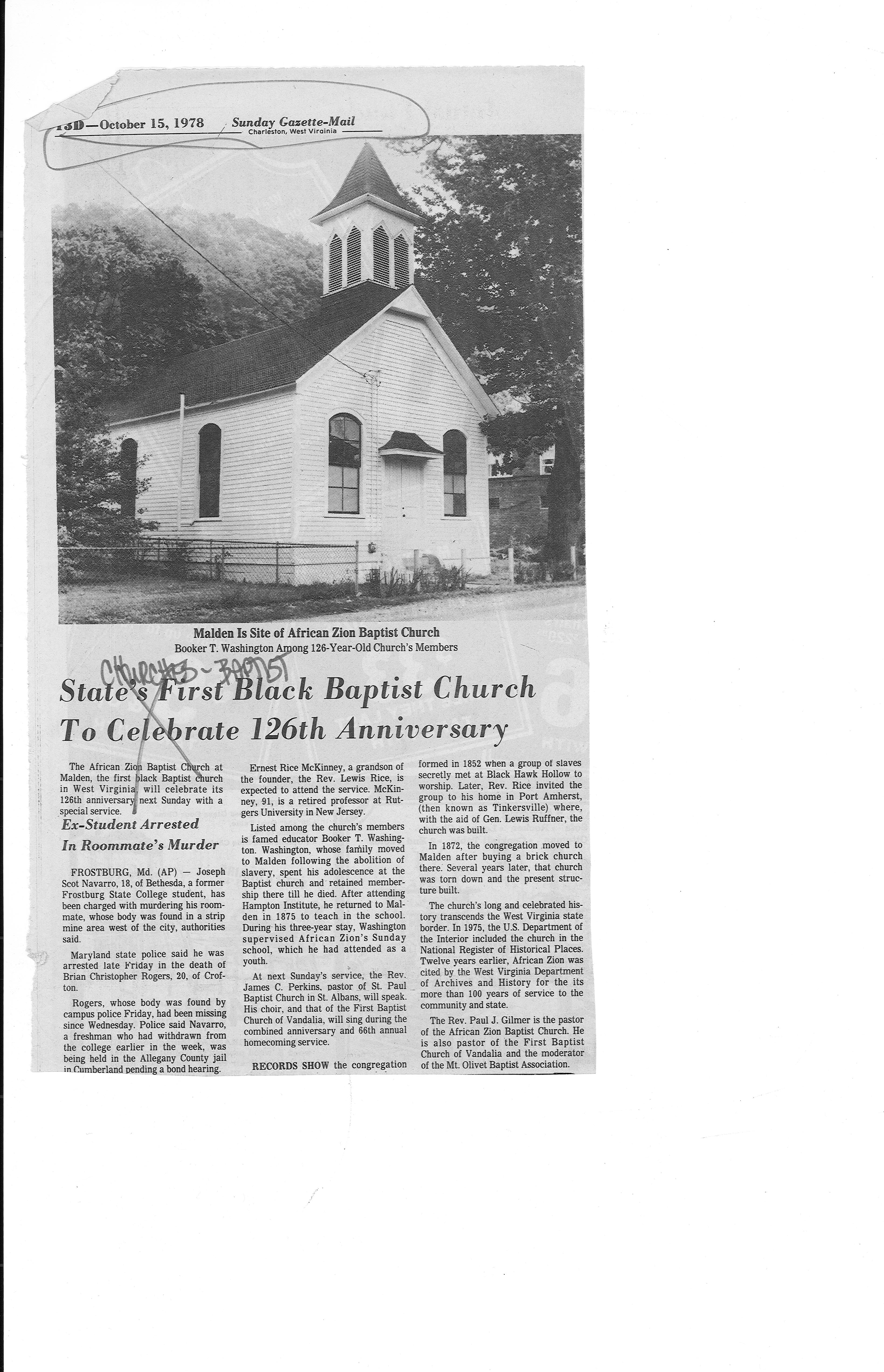 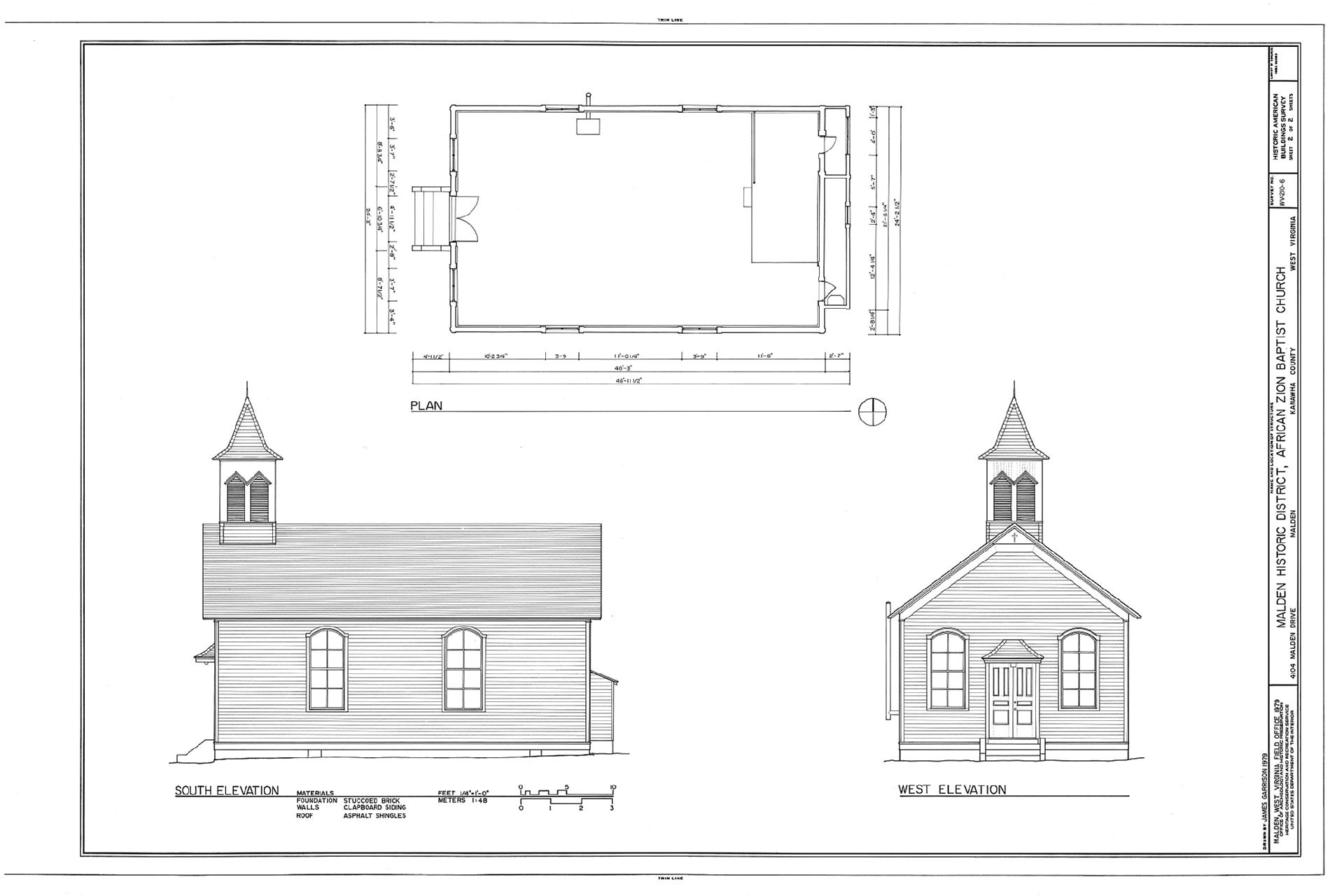 During the first half of the eighteenth century, the Kanawha Valley held West Virginia’s largest concentration of slaves. Known at the time as the Kanawha Salines, Malden was home to over 1,500 slaves who labored in the town’s saltworks. The actual number of slaves in the area is unknown, as many were hired out from Kentucky and eastern Virginia to work temporarily in the salt industry. Saltmaking was a labor-intensive and potentially dangerous process, and living conditions for the slaves were unsanitary. Outbreaks of cholera frequently occurred, including one in which one hundred slaves died over a three-month period in 1844.

After the Civil War, many former slaves settled in the Kanawha Valley, having found themselves under a new economic and social order in a new state. The Black community organized at an early date into religious groups, and by 1865 the African Zion Baptist Church was recognized as the main organization completely owned and controlled by African Americans in the area. The African Zion Baptist Church formed as a congregation of free Blacks as early as 1852. For a time, meetings of the church were held in the home of Reverend Lewis Rice, the founder of the church and a leader of the early Black community in the area. The first church structure was built in November 1865, with the aid of General Lewis Ruffner, a local salt entrepreneur. By 1872, the valley’s expanding coal industry required the church to move to its present location at Malden, where the congregation built a sanctuary that still stands today. As the economy grew and Black settlers were drawn to the Kanawha Valley, new branches of African Zion were organized until the churches joined the Mt. Olivet Baptist Association in 1874. Today, African Zion remains the state’s oldest Black Baptist church and is considered the mother church for all of West Virginia’s Black Baptists.

African Zion Baptist Church is also notable for its most famous congregant, educator Booker T. Washington. After the Civil War, Washington and his mother, brother, and sister had migrated to Kanawha Salines, where they joined Booker's stepfather at a salt-packing house. Washington attended African Zion Baptist Church from the age of nine to sixteen years old, at which point he left to attend the Hampton Institute in Virginia in 1872. After his graduation in 1876, Washington returned to live in Malden, teaching Sunday School at African Zion. Washington married his first wife, Fannie Smith, at the church in 1881 before leaving to become the first leader of the Tuskegee Institute in Alabama. Washington maintained his membership in the church and returned many times to Malden to visit his half-sister, Amanda Johnson, until his death in 1915.

African Zion Baptist church has been well-preserved over the years. With the exception of minor repairs and the replacement of deteriorated floorboards and window sills, the church appears much as it did when it was attended by Booker T. Washington. In 1940, the church was enlarged to create storage and sanitary facilities. The interior also underwent a refurbishing around 1940, with its walls and ceiling covered with a composition fiberboard. In 1951, asphalt shingles were added to provide better roofing for the structure and its bell tower. Carpeting was placed on the floor in 1972. Two years later, the church was added to the National Register of Historic Places. A replica of Booker T. Washington’s boyhood cabin was also constructed behind the church, standing as a landmark to diversity and hard work among Malden’s many historic structures.

The church is a frame structure built atop a stone foundation, with a crawl space but no basement underneath. The gable-roofed sanctuary is topped on its front by a wooden bell tower. The entrance steps are made of cement, the old wooden risers having been replaced in 1963. The weatherboard exterior is simply designed and painted white, as is all trim. Broken in front by a double-door entrance and symmetrically placed windows on either side, the church has two windows on all elevations. The four upper panes in each window are clear while the lower four are translucent. All in all, the plain and simple lines of African Zion Baptist Church have remained intact since 1872, giving the structure the character associated with age and place. Due to the dramatic decline of the African American population of Malden, African Zion Baptist Church no longer holds regular worship, but special ceremonies are still held at the building.