With a commanding view from atop a bluff, Bothwell Lodge State Historic Site is one of the best representations of early 20th Century sensibilities in the Midwest. Walk through the 31-room, 12,000-square-foot lodge built atop two natural caves by Sedalia lawyer John Homer Bothwell. You will marvel at the owner’s eclectic tastes and how a country gentlemen furnished a recreational lodge for himself and his friends. Most of the furnishings in the house are original, and the property also has a three-mile hiking and mountain biking trail. 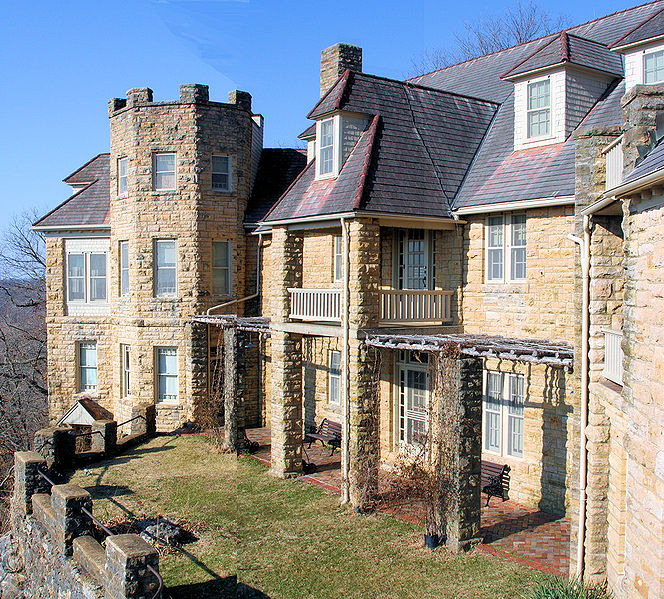 John Bothwell purchased the property that the lodge presently resides in 1890, which he named Stonyridge Farm. From 1897 to 1928, Bothwell built the lodge in four phases on top of a rock bluff overlooking a valley. The lodge was intended to be a summer home for Bothwell and is an eclectic combination of various styles with Craftsman influences. One of the eccentricities of the home was the failed attempt by Bothwell to use a cave discovered during construction as the source of natural air conditioning. The limestone used in the home's construction was quarried on site.

A widower for most of his life, Bothwell often invited family and friends to stay at the lodge. It was to this group of individuals that he left the lodge to upon his death. The group was named the Bothwell Lodge Club, and the lodge was placed in their control so long as more than five members remained alive. Upon the death of the sixth member (reducing the membership to five), the lodge would then be offered to the state. In 1969, the property was officially offered to the state, which accepted the home five years later.