This one-room school served as an elementary school for the African-American children living in and near the village of Barboursville, WV. It served as a school from about 1900 to the 1930s. By 1944, the structure was listed as abandoned. Today, the former school is a private residence. 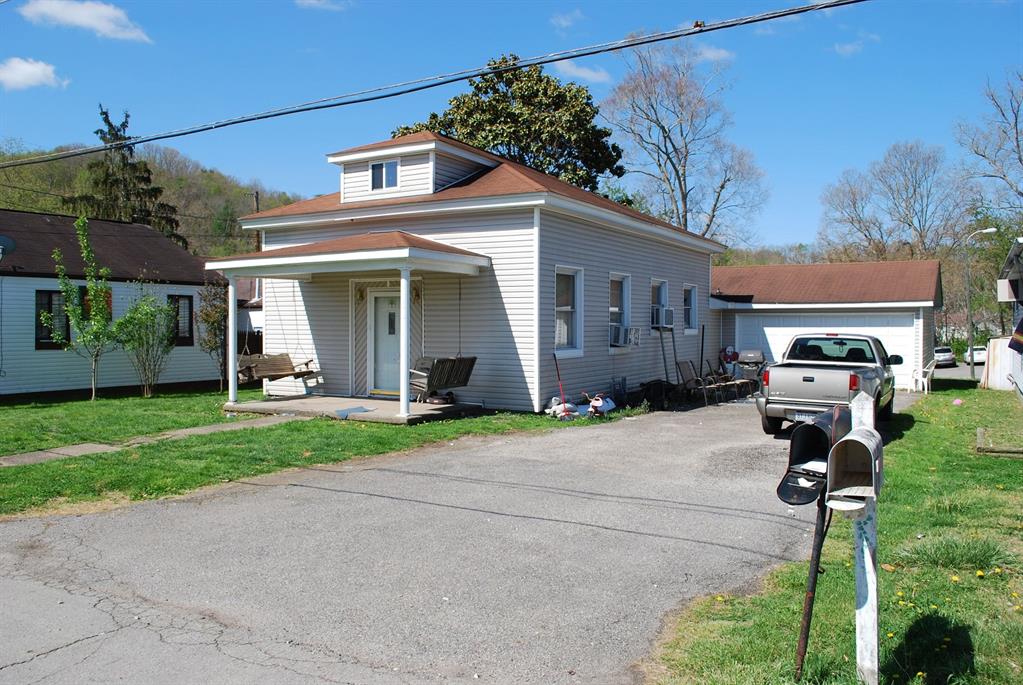 *Private Residence. Can only see building from outside. DO NOT TREPASS.

The Cabell County Assessor’s Office indicates that the structure was constructed circa 1900. The former school building, oriented to the east, is currently utilized as a residence. The single-story, one-bay (d), frame, hip-roof building exhibits a number of alterations that have taken place over the years, although its basic schoolhouse form is still recognizable. The central, single-leaf entry is filled with a replacement metal, single-light door. The area immediately surrounding the entry, which may have had sidelights, has been encased in vinyl siding. The entry is sheltered by a hip-roof porch supported by replacement metal columnns. Four window bays are located along both side (north and south) elevations. The windows are filled with replacement single-over-single-light double-hung sashes. A hip-roof dormer is situated on the façade’s roof slope exhibiting a window filled with sliding single-light replacement sashes. Visible along the rear elevation and extending to the north is a frame garage addition with a large single-bay vehicular entry. The current residence is clad in vinyl siding and the roof is sheathed in asphalt shingles.

During a four year period in the late nineteenth century the number of black residents in Barboursville grew exponentially from nine residents in 1878 to 108 residents in 1882. A school is referenced in the town as early as 1884, but little evidence has been found to substantiate this claim. A 9,000-sq-ft tract, located to the southwest of downtown Barboursville, was purchased in 1909 by William Washington Scott, an African American minister. In the following years the tract was transferred by Scott and his wife to a town trustee for use as an African American school. The property was owned by the Barboursville School District beginning in 1914. The school, which was probably a one-room schoolhouse, is indicated on a 1922 Sanborn Insurance Map along the west side of Huntington Avenue. Only four dwellings were situated near the school at that time. In 1922, the school, which was comprised of 25 students, was led by Ruth Martin who resided in Huntington. After completing the eighth grade the students were bused to the only African American high school in the area, Douglass Junior and Senior High School in Huntington. The Barboursville school continued to be in use in 1934, but by 1944, the Sanborn Insurance Maps indicates that the structure is vacant. The school system sold the building in 1953 and it is currently utilized as a residence.

CRA recommends that the Barboursville Colored School is significant under NRHP Criterion A in the area of Education and Ethnic Heritage for its role in educating the community’s African American children in the early twentieth century. However, alterations, including the garage addition, replacement materials such as windows and doors, and the application of vinyl siding have compromised the integrity of the building. In its current state, the building may not retain the integrity required for NRHP listing, as it does not clearly convey its identity as a historic schoolhouse. Additional physical and archival research would be required to conclusively determine if the building meets all relevant NRHP requirements.